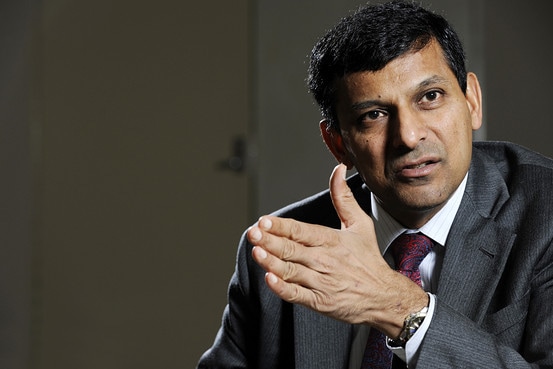 India will eventually surpass China in economic size and will be in a better position to create the infrastructure being promised by the Chinese side in South Asian countries, former RBI Governor Raghuram Rajan said on Tuesday.

Addressing a session on Strategic Outlook for South Asia, Rajan said Indian economy would continue to grow while growth rate is slowing down in China.

"Historically, India had a bigger role in the region but China has now grown much bigger than India and has presented itself as a counter balance to India in the region," Rajan said at the WEF Annual Meeting 2019.

"India will become bigger than China eventually as China would slow down and India would continue to grow. So India will be in a better position to create the infrastructure in the region which China is promising today. But this competition is good for the region and it will benefit for sure," he said.

The comments assume significance with China working on a lot of infrastructure projects across the region, including in Nepal and in Pakistan.

In 2017, India became the sixth largest economy with a GDP of $2.59 trillion while China was the second larges with a GDP of $12.23 trillion, as per World Bank data.

At the same session, Nepal Prime Minister K P Sharma Oli cited collaboration with China as well as India as reasons for his country's economic growth.

Afghanistan CEO Abdullah Abdullah also pitched for greater collaboration among the countries in the region.

Rajan said there is an opportunity to create regional companies, and cited as an example that someone can just study how people in South Asia borrow and that would be great insight for banks.

Besides Free Trade Agreement (FTA), there is a lot of scope for work to be done. Apart from business, social sector can be another way and we can have more sharing of students across the region, he added.

While noting that people movement and especially youth going to another country can have a strong impact, Rajan said that India is the largest country in the region and it must play the role it needs to play.

There are many places where India has funded the process, but a lot more can be done, including on trade side, so that tariffs can come down, he noted.

He also asked industries to work towards convincing their governments for taking the necessary steps.

Rajan said he is hopeful of results, if not today, then may be at Davos meetings later.