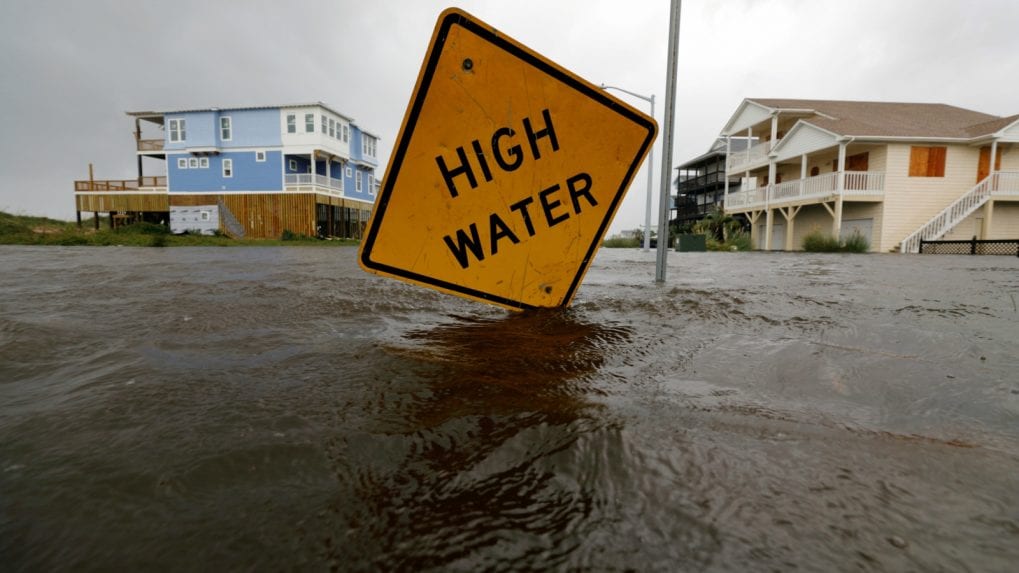 The risk that global efforts to tackle climate change will fail has risen despite concerns about powerful storms, floods, and droughts, a survey released by the World Economic Forum said on Wednesday, days before its annual gathering in Davos.

The annual Global Risks Report, which incorporates the survey, highlighted several top risks for 2019 including massive incidents of data fraud and theft and large scale cyberattacks.

But the top risk by likelihood in the survey was extreme weather, in a survey of 1,000 experts from government, business, academia and non-governmental organizations. And the risk that failure by governments to limit the magnitude of climate change and adapt to it has risen to second place in terms of both likelihood and impact, compared to only fifth place and fourth place in those categories last year in the survey.

"Of all risks, it is in relation to the environment that the world is most clearly sleepwalking into catastrophe," said the report.

After 200 countries, including the United States, agreed to tackle climate change in 2015 at UN talks in Paris, worries in the survey about governmental failure to tackle global warming fell.

But that has changed after US President Donald Trump announced in 2017 his intention to pull out of the Paris agreement, a move he emphasized in 2018. In addition, deadly wildfires in Greece and California and hurricanes in Florida and North Carolina were frequently in the news.

"People ... are beginning to understand increasingly the gravity of the situation and that the Paris Agreement, even if fully implemented, cannot be seen as a panacea," Aengus Collins, the report's author and project leader told Reuters.

The UN Intergovernmental Panel on Climate Change in October said global temperatures are likely to rise by 1.5 degrees Celsius between 2030 and 2052 if global warming continues at its current pace and if the world fails to take rapid and unprecedented measures.

And US emissions of carbon dioxide spiked 3.4 percent last year after falling for the previous three, the Rhodium Group, an independent research group, said last week.

Trump, who attended last year's talks in Davos, plans to send Treasury Secretary Steven Mnuchin and Secretary of State Mike Pompeo to the talks that begin January 22 as he grapples with Democrats over a partial government shutdown.

The report said rapidly growing coastal cities, particularly in Asia, are making people more vulnerable to climate change. A "vicious circle" of urbanization concentrates people and buildings in areas of potential damage, while also increasing risks, by destroying natural sources of resilience, such as mangrove forests, or increasing strain on groundwater reserves, it said.