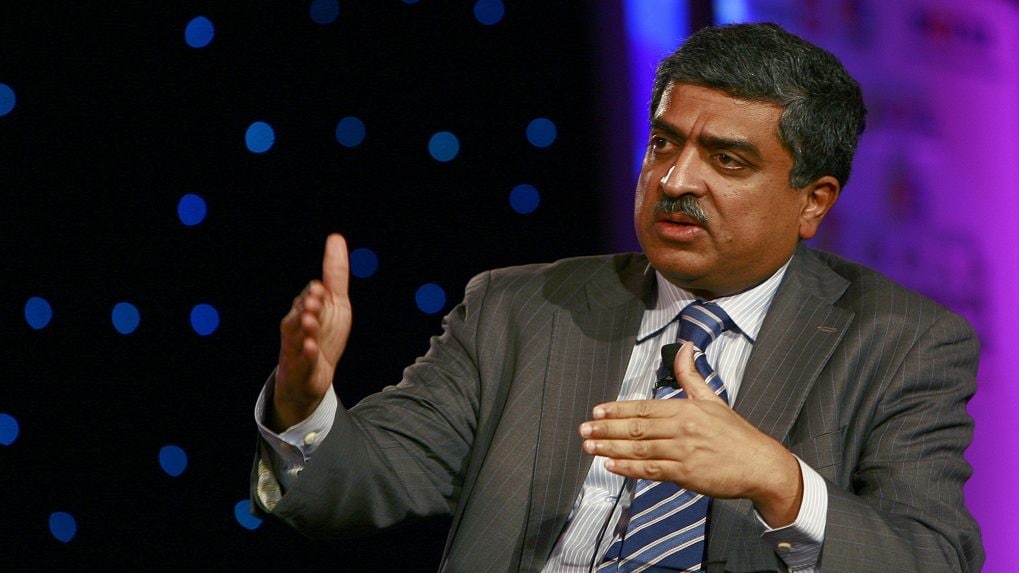 Infosys chairman and Aadhaar architect Nandan Nilekani on Thursday said there were a lot of unknowns when work began on the unique national ID project but all the issues have been successfully resolved now.

He also asserted Aadhaar was not a data gathering instrument and rather uses minimal data to fulfil two key requirements of providing a basic and unique identity document as well as to ensure welfare benefits reach the right person.

He was speaking at a session on 'Identity in a digital world' here at the World Economic Forum Annual Meeting 2019.

"Indian ID system is called Aadhaar, which means foundation, and the idea came into being way back in 2006. The reasons were many, including about people going to cities for jobs, children being born without records and the basic need was inclusion of people who didn't have basic documents," he said.

But as the government started spending more and more money towards welfare, it realised a lot of money was getting lost in the way and it was thought that a digital ID can help ensure benefits reach the right beneficiary, Nilekani said.

"Biometric was not that advanced at that time. The technology was built on an open source platform. The data is very minimal and it is not a data gathering system. It requires basic details but it is now base for the world's largest government welfare programme.

"So it now ensures that a billion people have a basic unique ID and also ensure that welfare benefits reach the right people," he said.

Nilekani said "there were lots of unknowns when we began, but we have resolved all the problems now".

For such a programme, Nilekani said there has to be a political will, bureaucratic alignments and a lot many other things.

Other experts on the panel said Indian model can be followed by some other countries as well.