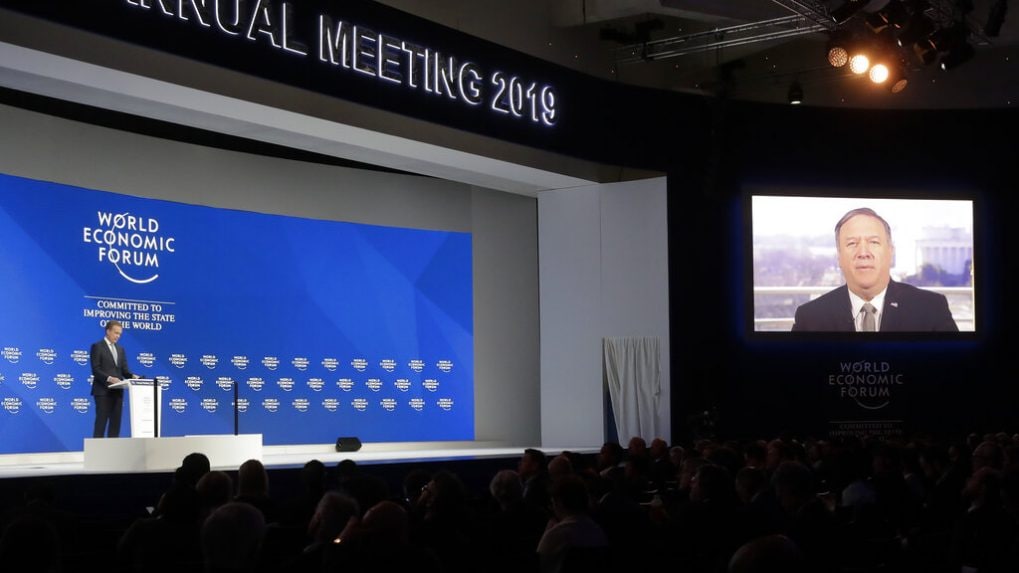 US Secretary of State Michael Pompeo on Tuesday said disruptions being faced by the world are positive developments even as he termed China's state-centred economic model as a threat.

Addressing the World Economic Forum (WEF) annual meeting through a video link from Washington, he asked the world leaders to follow the economic blueprint of his administration, saying it has worked for the US and can work for their countries as well.

Noting that new winds are blowing and it remains to be seen if they signal fair weather or foreshadow a storm, Pompeo said the disruption being witnessed is a positive development.

"I would argue that this disruption is a positive development," he said. He noted that there are many threats ranging from North Korea's nuclear programmes to rounds of adventurism and China's state-centred economic model. The US is rebalancing its relationship with China and forming partnerships all around the world, he added. "In all these areas, we're making progress," he said.

His comments come at a time when the US and China are engaged in a protracted trade conflict.

"The unleashing of animal spirits has allowed our economy to grow even as the global slowdown looms. Our economic blueprint -- cut taxes, streamline regulations, trade reform -- these can work for you and your countries as well," Pompeo said.

Regarding the partial shutdown of the US government, Pompeo said he is hopeful that the situation will be resolved fairly quickly.

The US administration has been locked in a shutdown since late last month over President Donald Trump's demand for funds to build a wall along the Mexico border.

According to Pompeo, no international body can stand up for a people as well as their own leaders can. "Strong borders are key to strong nations... This is how we keep our people safe and protect our sovereignty," he said.

"It should not go unnoticed that we have also defeated the ISIS caliphate in Syria and Iraq, with around more than six dozen nations in the coalition," he added.