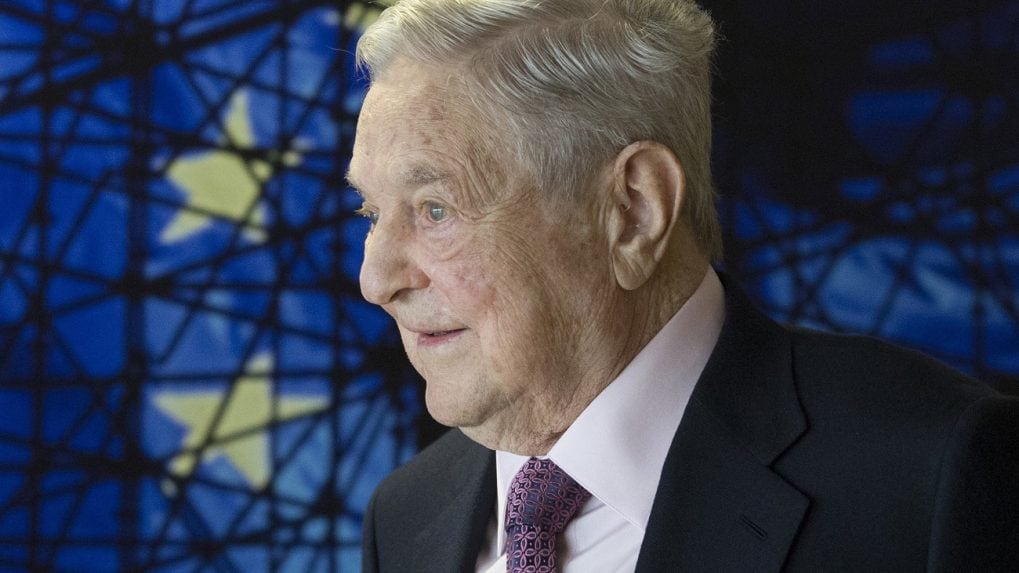 Billionaire philanthropist George Soros has labelled Chinese President Xi Jinping the "most dangerous enemy" of open societies and urged the Trump administration to "focus" on the Communist giant instead of waging a trade war with the whole world.

Launching a scathing attack on China and its president Xi at the World Economic Forum (WEF) on Thursday during a private dinner event in Switzerland, the 88-year-old investor and progressive political activist, also recommended a crackdown on Chinese tech companies.

He said artificial intelligence and machine learning pose a grave threat when they are controlled by authoritarian states. He singled out the use of such technologies by the Chinese government as a "mortal danger."

Soros warned that the Chinese government was developing a "social credit" system that would monitor people living in the world's most populous nation and urged the United States to aggressively counter the threat.

The social credit system, if it became operational, would give Xi total control over the people, Soros said.

"Since Xi is the most dangerous enemy of the open society, we must pin our hopes on the Chinese people, and especially on the business community and a political elite willing to uphold the Confucian tradition," he said.

But he said China is not the only authoritarian regime in the world but the world's second largest economy is the wealthiest, strongest and technologically most advanced.

"This makes Xi Jinping the most dangerous opponent of open societies," Soros said.

Xi, 65, is regarded as the most powerful leader after Chairman Mao Zedong, heading the ruling Communist Party, the military and the Presidency.

In Beijing, Hua Chunying, a spokeswoman for China's Foreign Ministry, shot back at Soros on Friday, accusing him of twisting the facts.

"We hope to see a certain American individual correct his attitude, broaden his horizons and view China's development in an objective, reasonable and correct manner," Hua told reporters in Beijing.

Soros, a prominent donor to the Democratic Party in the US, also criticised the Trump administration's stance towards China.

"Instead of waging a trade war with practically the whole world, the United States should focus on China," said the former hedge fund manager.

Soros also said the US should apply more pressure to Chinese tech companies Huawei and ZTE, which have been labelled national security threats by some American officials.

"Instead of letting ZTE and Huawei off lightly, [the United States] needs to crack down on them," Soros said. "If these companies came to dominate the 5G market, they would present an unacceptable security risk for the rest of the world."

Huawei and ZTE have denied that their products pose a security threat.

In his provocative speech, Soros warned that artificial intelligence and machine learning could be used to entrench totalitarian control in China.

He said this scenario presented an "unprecedented danger".

But the Hungarian-American businessman said the Chinese people were his "main source of hope".

"I want to call attention to the mortal danger facing open societies from the instruments of control that machine learning and artificial intelligence can put in the hands of repressive regimes," Soros said.

"The social credit system is not yet fully operational, but it's clear where it's heading. It will subordinate the fate of the individual to the interests of the one-party state in ways unprecedented in history," he added.

First announced in 2014, the government-run system will reportedly track elements of an individual's behaviour and determine some personal privileges for them based on a score.

China is piloting the system in various locations, and it is not clear how it will work after it fully rolls out nationally. The system, which is due to be fully operational in 2020, is expected to be mandatory, media reports said.

Soros, also the head of Soros Fund Management and the Open Society Foundations, said the system was "frightening" and "abhorrent."