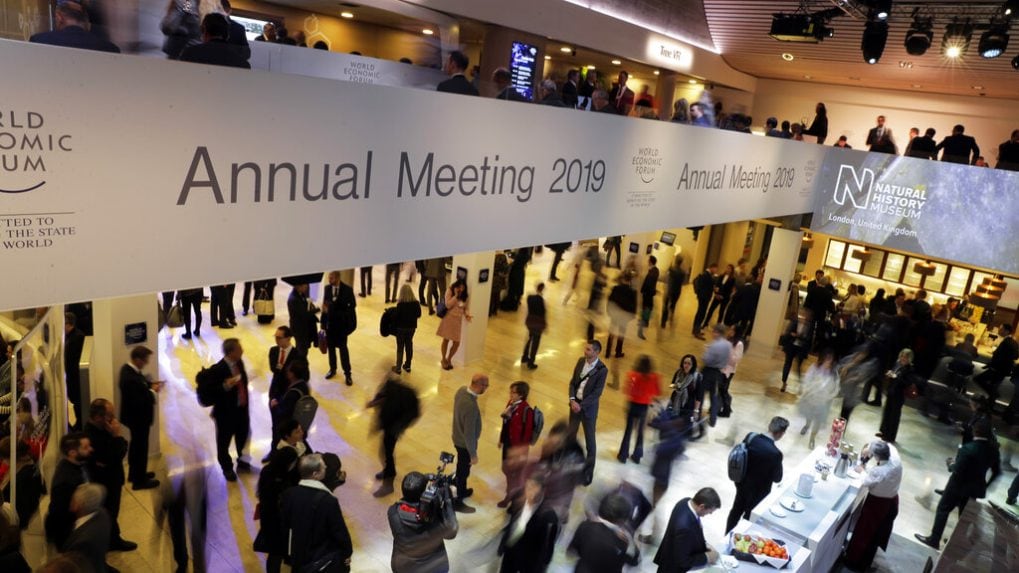 Davos 2019: At WEF Summit, battle lines are drawn over trade and cooperation

World leaders in favor of international cooperation and free trade struck back Wednesday against the wave of populist nationalism that has featured more prominently than usual at the gathering of elites in Davos, Switzerland.

As a dizzying array of heads of state - from Poland to Colombia to Rwanda - addressed the political and business tycoons, the question of global cooperation emerged as a dividing line. The leaders of Japan and Germany — countries that have flourished on trade since their devastation under nationalist leaders in World War II — focused on the need for cooperation.

It was a not-so-subtle dig at earlier speeches by the populist president of Brazil and US Secretary of State Mike Pompeo, who said governments should focus more on national self-interest over international rules.

"I believe that it's worth bringing together like-minded people around the world, because anything else will lead us into despair," said German Chancellor Angela Merkel.

She said efforts to combat global problems - from an economic slowdown to tensions over trade, Brexit and migration - "will only function if we are able to compromise."

She cited as a positive example a free trade deal between the European Union and Japan that will take effect February 1.

He warned, however that there are risks.

"US-China trade friction is one of those risks and Japan traditionally has said tit-for-tat trade-restrictive measures are of no benefit," he said in his first appearance in Davos in five years.

The US and China, the world's two biggest economies, are locked in a major trade dispute and have put tariffs on hundreds of billions of dollars-worth of traded goods.

The administration of US President Donald Trump says China is not being transparent on government subsidies it gives Chinese companies and is swiping intellectual property from Western firms.

While Abe and Merkel squarely warned against taking punitive measures like Trump has — without going through international institutions like the World Trade Organization to settle disputes — both Japan and European countries have also complained about China.

Abe said the WTO needs to be overhauled.

"Major changes are taking place and the WTO is behind the curve — it's not keeping up with pace," Abe said in a brief question-and-answer session. "We need to reform it."

Efforts were underway to defuse the US-China dispute, with a high-level Chinese delegation expected to visit Washington on January 30.

The level of tensions remained intense, however.

China's vice president used his own speech in Davos to take shots at Trump and his administration.

"Shifting blame for one's own problems onto others will not resolve the problems," said Wang Qishan.

He sought to cast China as a proponent of open markets, though in reality it keeps tight control of its access to foreign investors and companies.

"What we need to do is make the pie bigger while looking for ways to share it in a more equitable way," he said. "The last thing we should do is to stop making the pie and just engage in a futile debate on how to divide it."

Trump had intended to visit Davos with a big delegation to meet with the Chinese over the trade issues. They cancelled the trip, however, due to the government shutdown. Other major leaders have also had to nix their trip, including those of Britain and France to deal with Brexit and popular protests.

The uncertainty over Brexit also featured heavily in talks in Davos as a major risk to global commerce and cooperation.

British lawmakers last week voted down Prime Minister Theresa May's deal with the European Union. Since then, speculation has risen that Britain could crash out of the bloc without a deal or that end up extending its date of departure from the current March 29.

Merkel said she is working for a "well-ordered" Brexit and is looking for a "good" future partnership with Britain not just on trade but issues like security and defence.

"The easier the relationship, the easier for all of us," she said.