In the first half of 2023, as per reports by brokerages like Credit Suisse, Morgan Stanley etc. the growth in global markets may be muted but the second half of the year should see the bulls come out.

As 2022 draws to a close, there are four big themes for global equities to look out for in 2023 – recession, inflation, the US Fed pivot and China re-opening. This is according to a Credit Suisse 2023 report which says that the year is going to be a tale of two halves.

In the first half, the focus, as per the report, is going to be on higher lending rates to combat inflation and this will translate to equity performance being muted. However, in the second half as central banks pivot, it is expected that investors will rotate to high-interest-sensitive sectors with a growth tilt.
Meanwhile, Fidelity International believes that cyclical recession is the most likely outcome in 2023, which means that they remain cautious about global equities. However, they are very bullish on ASEAN and the Indian market.
Morgan Stanley has put out some numbers for 2023. They have an S&P target of $3,900, DXY at $104 and they have put out a Brent target of $110 per barrel. 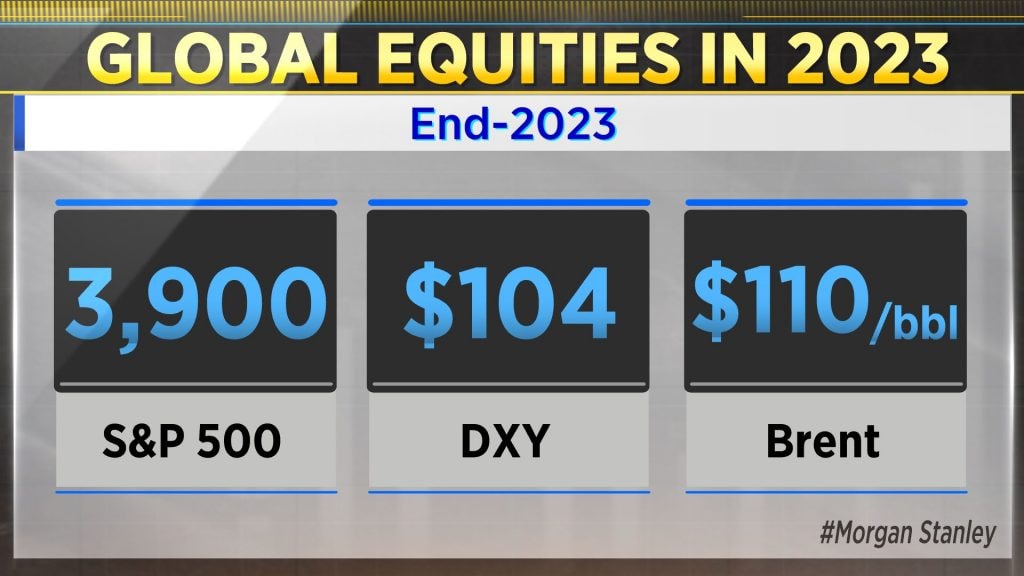 What this all means for the Indian markets?
For Indian markets, there are four big themes. The first theme is big India outperformance. 2022, was a big year of India's outperformance, we need to see whether that can continue. We are sitting on very peak valuations and the sentiment is quite bullish as well at the retail end. So that could be a bit of a negative for India.
The waning commodity inflation is the only positive thing which can play out for India in 2023. Lastly, the retail flows, which have been a big backbone for India that is something to track in 2023 as well. 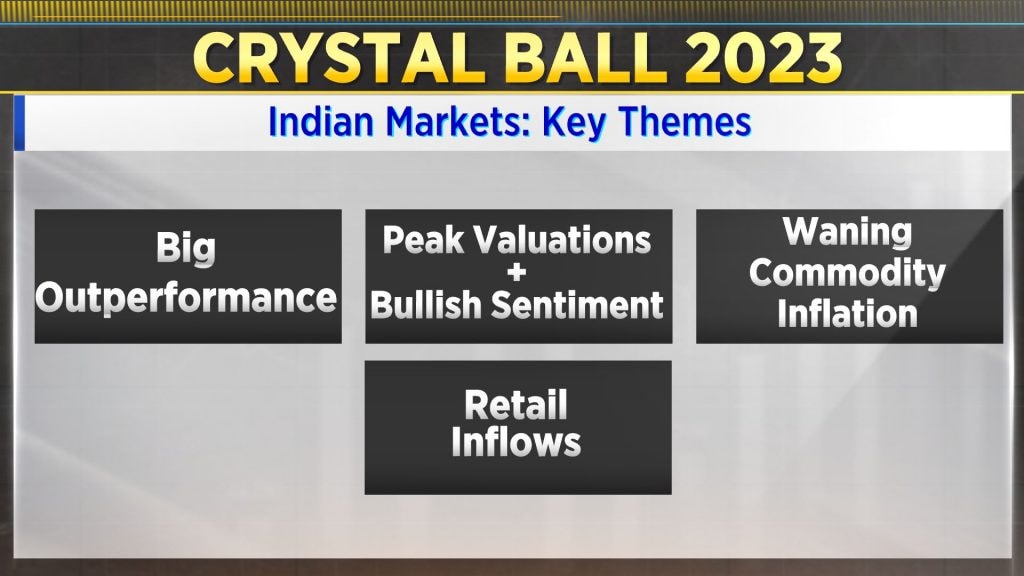 Goldman Sachs has put out a target of 20,500 for the end of December 23. However, they believe that India is unlikely to outperform for a third year in a row as China and other cyclical markets like North America open up and they may do better. 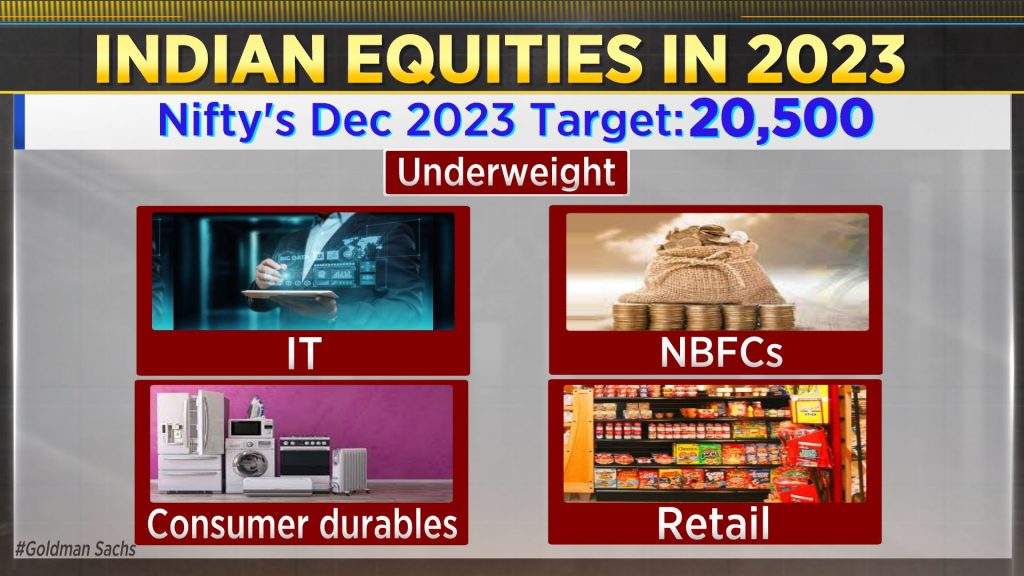 In terms of sectors that are overweight on sectors like banks, insurance, industrials, cement and utilities, whereas they are underweight on names like IT, NBFCs, consumer durables, and retail sector.
Morgan Stanley has a Sensex target of 68,500 and believes that India's relative gain may take a breather in 2023.
In terms of sector, they are overweight on financials, technology, and consumer discretionary, but they are underweight in most of the other sectors.
According to BofA Securities have a Nifty target of 19,500 and pointed out that it could be a very volatile market for India with the range between 17,000 and 20,000. Within sectors, they are overweight on financials, industrials, staples and utilities, whereas they are underweight on IT, discretionary, autos, telecom and pharma. So the big theme is, India can see a bit of a breather in the first half of 2023.