Who is Anand Subramanian, ex NSE executive and alleged yogi arrested in the colocation scam?

Who is Anand Subramanian, ex-NSE executive and alleged yogi arrested in the colocation scam?

While Chitra Ramkrishna has denied that Anand Subramanian is the yogi, a forensic audit by consultancy firm E&Y is pointing fingers at him.

The Central Bureau of Investigation (CBI) has arrested Anand Subramanian, former Group Operating Officer of the National Stock Exchange in connection with the irregularities in the exchange’s colocation facility between 2010 and 2015. At the heart of the colocation controversy are allegations that some brokers were illegally given faster access to the price feeds disseminated by the exchange, giving them an advantage over the rest of the market.

So who exactly is Anand Subramanian?
Anand Subramanian is related to Chitra Ramkrishna, the former CEO and MD of NSE through family ties. He was working for a subsidiary of Balmer Lawrie as a mid-level executive till 2013. 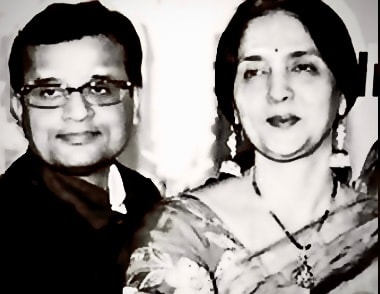 Anand Subramanian (left) is related to Chitra Ramkrishna (right) through family ties.
How did he get into NSE?
Ramkrishna brought him in as Chief Strategic Advisor to MD in April 2013.
What was unusual about his hiring?
The Human Resources department of NSE was not consulted. The position of Chief Strategic Advisor was not advertised, neither was any other person considered for the position. Subramanian was paid a package of Rs 1.68 crore, a steep jump over the Rs 15 lakh per annum he was drawing in his previous job.
Also Read: NSE scam: Sebi can identify ‘yogi’ in 10-15 days, says cyber forensics expert
The only person who interviewed Subramanian for his appointment was Ramkrishna. There were no notings in the personnel file of Anand Subramanian in relation to his interview. Over the years, Subramanian was given arbitrary and disproportionate increases in compensation. By FY17, Subramanian was drawing an annual package of Rs 4.21 crore while remaining a consultant. This compensation was higher than what most senior executives in the exchange were drawing. Also, despite his seniority, Subramanian was not designated as Key Management Personnel (KMP).
Why is Subramaniam in the news?
During its probe into the NSE’s colocation facility, the SEBI came across e-mails showing that Ramkrishna had sent confidential data about the exchange to an email id rigyajursama@outlook.com. On being questioned, Ramkrishna said the person behind the email id was a Siddha Purusha/Yogi, largely dwelling in the Himalayan ranges. She said he is a spiritual force who has been guiding her for the past 20 years and that as a spiritual force, he would manifest at will.
So who exactly is the person behind the email id rigjajursama@outlook.com?
According to a forensic audit by consultancy firm E&Y, it was Anand Subramanian himself directing Ramkrishna. EY's conclusion was based on the facts that (i) the Skype accounts in the name of "anand.subramanian9" and "sironmani.10" which were found on Subramanian's NSE desktop were configured in the Skype application database and linked to the email ID 'rigyajursama@outlook.com', and Subramanian's mobile number and (ii) the document properties in some emails sent from the email ID rigyajursama@outlook.com' indicated the 'author' (document author), 'last modified by' (document last modified by), 'created' (document created date/time) and 'last modified' (document last modified date/time) as Mr. Subramanian.
Also Read: NSE-Yogi saga: CBI grills former NSE CEO Chitra Ramkrishna
Is NSE in agreement with EY’s finding?
Yes. In its letter dated November 27, 2018, to Sebi, NSE submitted that its legal advisors had consulted practitioners dealing with human psychology, and concluded that Subramanian was manipulating Ramkrishna by creating a fake identity.
Is Sebi buying the theory?
No. The regulator has said there is no conclusive proof that the person behind the email id was indeed Anand Subramanian.
What is Ramkrishna saying?
She has denied that Anand Subramanian is the yogi
Is Anand being probed in the NSE colocation case?
Yes because, along with Ravi Narain (former CEO and Ramkrishna’s predecessor), Subramanian was part of the top management, and was found to have not taken effective steps to prevent manipulation of the system architecture and ensure that all trading members had equitable access to NSE’s data feed.
What was Subramanian’s response?
In response to the Sebi show-cause notice, Subramanian said that he was never a party to the colocation operations either directly or indirectly. He was never a designated Key Management Personnel (KMP) and he was involved in the regular operations of the exchange and the regulatory side of the exchange
Also Read: What is the NSE colocation controversy; Ravi Narain's, Chitra Ramkrishna's role in it
Check out our in-depth Market Coverage, Business News & get real-time Stock Market Updates on CNBC-TV18. Also, Watch our channels CNBC-TV18, CNBC Awaaz and CNBC Bajar Live on-the-go!