View | SEBI proposes yet another placebo for serious IPO ills

View | SEBI proposes yet another placebo for serious IPO ills 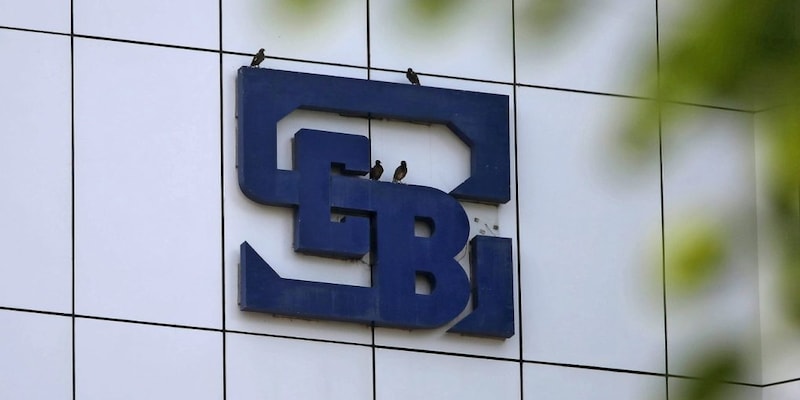 IPO ills are grave. But SEBI is content prescribing placebos and not wielding the scalpel. It mistakenly believes that if investors are flooded with disclosures they will be safe whereas promoter greed is what that needs to be reined in

Critics of the laissez-faire IPO regime in India—that allows even loss-making companies to issue their shares at mind-boggling premiums without batting an eyelid but with the smug if wooly assertion that a very bright future awaits such companies and their investors—would frankly be disappointed by the yet another placebo the SEBI wants to give smacking of silencing investor whining instead of reining in promoter greed.

It is common knowledge that aggressive pricing under the 100% book-building route has been the bane of Indian IPO. And such aggressive pricing hides something sinister—promoters exiting at the same fabulous IPO price by riding piggyback on IPO through Offer For Sale (OFS). OFS has conflict of interest written all over. And it stinks even more when its bottom-line—promoters exiting by dumping their holdings at unconscionable profits on unsuspecting newcomers—sinks in. Recent losses triggered by listing/post-listing losses to subscribers of Zomato, Paytm, Policybazaar, Nykaa etc. issues proved to be the proverbial last straw on camel’s back compelling SEBI to bestir.
But how? First in January 2022 OFS rules were tightened to say shareholders with more than a 20 percent stake in the company before the IPO will not be allowed to sell more than 50 percent of their shares through OFS. This was a half-hearted measure given the fact promoters often rope in numerous venture capitalist and angels with offer of a good chunk of equity but nowhere near the 20 percent mark. And those holding more than 20 percent will not mind the new restriction given the fact that 50 percent unloading itself is nothing to scoff at. Complete exit is never their objective given their desire to stay in control of the company.
Now comes the SEBI consultation paper targeting loss-making tech companies. At present, the Sebi (Issue of Capital and Disclosure Requirements) Regulations, 2018 (ICDR Regulations) require all companies to disclose metrics forming ‘basis of issue price’ such as earnings per share, price to earnings, return on net worth and net asset value of the company as well as a comparison of such accounting ratios with peers. In its consultation paper the SEBI concedes that such traditional metrics are typically applicable to profit-making companies and are inadequate performance indicators for new-age technology companies which typically aim for scale over profits till they break even.
Therefore, it suggests that the disclosures of existing “basis of issue price” metrics should be supplemented by disclosure of non-traditional parameters and any other key performance indicators (KPIs) shared with pre-IPO investors at any point of time during the three years before the IPO, to justify the pricing of its shares in the IPO. Such companies would also be required to explain in detail how these KPIs contribute to the issue price.
Further, to lend more credibility to such disclosures and ensure that the KPIs disclosed in the offer documents are not misleading, the KPIs would also have to be certified by a statutory auditor. The companies would also be required to compare their KPIs with their listed peers in India and overseas. Often KPI for tech companies turns out to be such abstract figures like traffic on its website, number of people downloading its app etc. vis-à-vis peers.
Heavy traffic in the website or humungous number of apps downloaded does not ipso facto mean that the business is headed for phenomenal future profits. When malls made their mark in India, marketing enthusiasts were caught on the wrong foot—they missed the wood for trees by counting the footfalls to measure their business success. It soon dawned on them that people by and large thronged malls to enjoy their ambience and to chill-out (pun intended). Yet these are some of the parameters used to impress the venture capitalists and angel investors of the world. SEBI apparently thinks if such wooly data is shared with the potential IPO investors, there would be a level-playing field.
SEBI seems to be making half-hearted changes piecemeal. And pray what makes new age tech companies unique given the fact that long gestation periods are common in many industries including hotel, aviation and other capital-intensive industries. The only unique feature of new age tech companies is they flaunt their burn rate losses which SEBI perhaps is indulging. Be that as it may.
It is allowing the problem of aggressive IPO pricing to fester. Pussyfooting and dithering alas have come to characterise its functioning. Colocation scam in NSE could have been averted had it put its foot down to the obnoxious idea that select brokers with deep enough pockets can place their servers alongside the stock exchange’s.
ALSO READ | Govt expects to be close to fiscal deficit target in FY22; may infuse Rs 5,000 cr in state-owned insurers this month
Likewise, the problem of aggressive pricing could have been reined in by:
1. Completely delinking OFS from IPO. OFS should follow IPO after a mandatory cooling off period to facilitate real price discovery. More ideally, promoters should be made to sell in the bourses like any other investor;
2. Ushering in mandatory safety net mechanism. The optional one that enabled promoters to stick their neck out to offer to buy out retail investors up to 1000 shares if the market price fell below the IPO price within six months had no takers till it existed till May 2018. A mandatory safety net targeting both promoters and merchant bankers would rein in their greed. The prospect of getting the bitter taste of one’s own medicine is a deterrent against aggressive pricing; and
3. Mandatory underwriting of IPO by merchant bankers once again to stop them from playing footsie with the promoters in ‘discovering’ an exaggerated valuation of shares.
Justice Krishna Iyer once asked in sheer exasperation who would police the police, audit the auditors and judge the judges. He could well have added regulators as well. The government cannot remain a mute spectator when the market regulator is harking back to the most escapist legal maxim caveat emptor when enlightened and progressive societies are making sellers accountable.
— S. Murlidharan is a CA by qualification and writes on economic issues, fiscal and commercial laws. The views expressed in the article are his own.
Read his other columns here
(Edited by : Ajay Vaishnav)
Check out our in-depth Market Coverage, Business News & get real-time Stock Market Updates on CNBC-TV18. Also, Watch our channels CNBC-TV18, CNBC Awaaz and CNBC Bajar Live on-the-go!