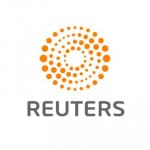 US stock futures and Asian shares rose on Monday after the United States dropped its threat to impose tariffs on Mexico in a deal to combat illegal migration from Central America, while weak US jobs data raised hopes for US interest rate cuts.

The Mexican peso jumped 1.75 percent in early Monday trade to 19.2579 on the dollar on news of the removal of the tariff threat.

But relief was widespread, as global investors had feared that opening up another trade conflict, while still battling with China, could tip the United States and other economies into recession.

The improved risk sentiment also helped lift the dollar against the yen 0.15 percent to 108.38 yen.

“The deal with Mexico is boosting sentiment while expectations of US rate cuts will be also supporting share prices,” said Masahiro Ichikawa, senior strategist at Sumitomo Mitsui DS Asset Management.

“Still, with limited progress seen so far in US-China trade talks, the most important issue for markets, stock prices will be able to rise only so much,” he added.

Expectations the Fed will cut rates kept the dollar on the defensive after a weak jobs report from the US Labor Department.

Nonfarm payrolls increased by 75,000 jobs last month, much smaller than the 185,000 additions estimated by economists in a Reuters poll.

Wage growth, closely watched for its impact on inflation, slowed to 3.1 percent from a year earlier, the slowest annual increase since September. Just three months earlier, wages had been rising at their fastest rate in a decade.

Although Fed funds rate futures prices dropped on Monday after the Mexico deal, they are still pricing in more than two 25-basis point rate cuts by the end of this year, with one almost fully priced in by July.

“I would expect optimism to rule markets until the next Fed’s meeting,” said Naoya Oshikubo, senior economist at Sumitomo Mitsui Trust Asset Management.

The Federal’s next policy meeting is set for next week, on June 18-19.

The Chinese yuan was soft. The offshore yuan traded at 6.9385 yuan per dollar, having hit a seven-month low of 6.9616 on Friday.

China’s trade data due later in the day will be keenly watched for the impact of the Sino-US trade war.

Group of 20 finance leaders on Sunday said that trade and geopolitical tensions have “intensified”, raising risks to improving global growth, but they stopped short of calling for a resolution of the deepening US-China trade conflict.

Oil prices extended gains after Saudi Arabia said on Friday OPEC and non-member Russia were close to agreeing to extend an output production cut beyond June and as Wall Street rallied.