Trade setup for Oct 21: More upside on the cards for Nifty50 as long as it holds key support near 17,400

Trade setup for Oct 21: More upside on the cards for Nifty50 as long as it holds key support near 17,400 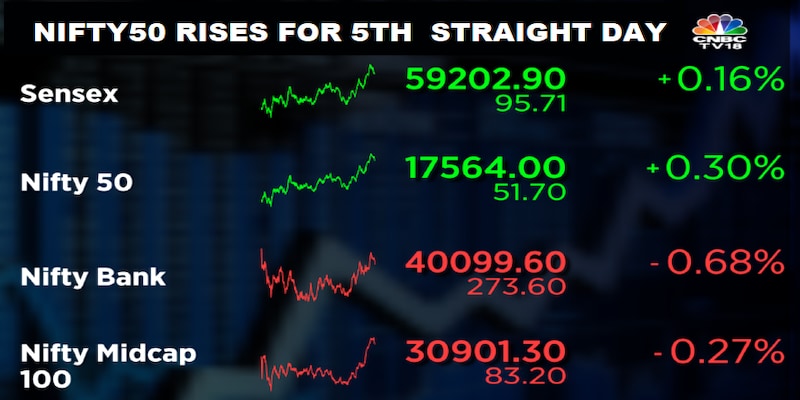 Trade setup for Friday, October 21: The Nifty50 may have more upside in the near term as long as it holds on to key support levels, according to experts. Here's what the technical charts suggest.

Indian equity benchmarks finished a volatile session in the green on Thursday, continuing to rise for the fifth day in a row, aided by a fag-end recovery in IT, FMCG and metal shares. Investors awaited more of corporate earnings from India Inc for cues.
Globally, nervousness persisted among investors amid fears that steep hikes in COVID-era interest rates may hamper growth.
What do the charts suggest for Dalal Street?
The Nifty50 remains in a short-term uptrend having crossed the previous swing high of 17,429 and made higher bottoms, according to Nagaraj Shetti, Technical Research Analyst at HDFC Securities.
"The 50-scrip index needs to convincingly cross key resistance levels, which are the highs of 2021 and 2022, for its uptrend to continue, which could take it towards 18,096," he said.
Tug of war in banking basket
The Nifty Bank has formed a doji candle on the daily chart, reflecting indecisiveness in the market, said Kunal Shah, Senior Technical and Derivatives Analyst at LKP Securities.
"The bulls are trying to defend support around 40,000-39,800 levels and the bears are selling at higher levels. The banking index's broad range is intact at 39,800-40,600 and a break on either side will lead to trending moves," he said.
Here are key things to know about the market ahead of the October 21 session:
SGX Nifty
On Friday, Singapore Exchange (SGX) Nifty futures — an early indicator of the Nifty index — were up 52.5 points or 0.3 percent at 17,572.50 at the last count ahead of the opening bell on Dalal Street, having gyrated in a 96.5-point range around the flatline earlier in the day.
Global markets
Equities in other Asian markets saw mixed moves, following a weak handover from Wall Street, with MSCI's broadest index of Asia Pacific shares outside Japan quoting 0.2 percent lower at the last count. Japan's Nikkei 225 was down 0.2 percent and Hong Kong's Hang Seng 0.1 percent, and China's Shanghai Composite was up 0.4 percent.
S&P 500 futures were flat. On Thursday, the S&P 500 finished 0.8 percent lower, the Dow Jones fell 0.3 percent and the Nasdaq 0.6 percent.
What to expect on Dalal Street?
HDFC Securities' Shetti is of the view that a slide below crucial support at 17,421 could open up more downside.
"While the Nifty has moved up further after bouncing back from support last week, it is trading near strong resistance that it needs to clear to move higher. Upside momentum will pick up if it crosses immediate resistance at 17,608," he said.
LKP's believes the bias in the banking index continues to be on the buy side as long as support at 39,800 is held.
Key moving averages
The Nifty50 stands more than one percent above its long-term simple moving average in a bullish sign.
Key levels to watch out for
The maximum call open interest is accumulated at the strike price of 17,600, with 1.7 lakh contracts, and the next highest at 17,700 and 17,800, with 1.1 lakh each, according to provisional exchange data. The maximum put open interest is placed at 17,000 and 17,500, with 1.3 lakh contracts each, and at 17,400, with 1.1 lakh.
This indicates strong resistance in the 17,600-17,700 zone, and immediate support at 17,500.
FII/DII activity
Foreign institutional investors (FIIs) emerged net buyers of Indian shares on Thursday after nine back-to-back sessions of selling, according to provisional exchange data. 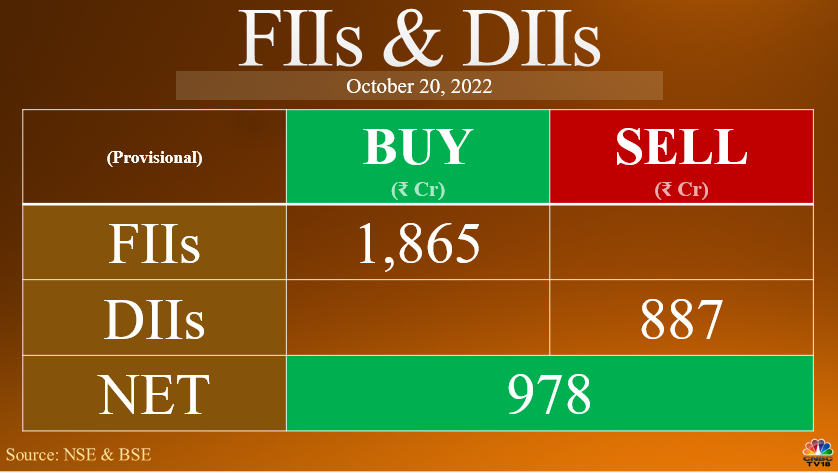