Trade setup for Wednesday, November 9: A rise in the Nifty50 to 18,250 may lead to an extended upmove in the market, say experts. Here's what the technical charts suggest.

Indian equity benchmarks are likely to open higher on Wednesday as Dalal Street returns to trade after a day's holiday. On Monday, both Sensex and Nifty50 managed to scale 10-month closing highs, rising for a second straight session, led by gains in financial, metal and oil & gas shares though losses in healthcare stocks capped the upside. What do the charts suggest for Dalal Street?
The Nifty50 has formed a doji candlestick pattern on the daily chart, suggesting indecisiveness between the bulls and the bears, according toShrikant Chouhan, Head of Equity Research (Retail) at Kotak Securities.
The 50-scrip index is holding on to a higher bottom formation but also facing resistance consistently near 18,260, he said.
Nifty Bank poised for higher levels as long as as it holds 40,800
"Despite the fight between the bulls and the bears in the banking space on Monday, the Nifty Bank remains in buy mode as long as it holds support at 40,800," said Kunal Shah, Senior Technical and Derivatives Analyst at LKP Securities.
"A breach above 42,000 will lead to a sharp short covering move towards 43,000-44,000 levels," he said.
Here are key things to know about the market ahead of the November 9 session:
SGX Nifty
On Wednesday, Singapore Exchange (SGX) Nifty futures — an early indicator of the Nifty index — rose as much as 74.5 points or 0.4 percent to 18,422 ahead of the opening bell on Dalal Street.
Global markets
Equities in other Asian markets began the day stronger mirroring overnight gains on Wall Street, as investor focus shifted to midterm elections in the US that will determine control of the Congress. MSCI's broadest index of Asia Pacific shares outside Japan was up 0.6 percent at the last count.
China's Shanghai Composite was up 0.2 percent and Hong Kong's Hang Seng 0.1 percent, but Japan's Nikkei 225 down 0.2 percent.
S&P 500 futures were up 0.2 percent. On Tuesday, the S&P 500 rose 0.6 percent, the Dow Jones one percent and the Nasdaq Composite 0.5 percent,

with investors betting on a political stalemate that could prevent major policy changes.

What to expect on Dalal Street
Kotak Securities' Chouhan believes trend-following traders should expect key support at 18,050 and 18,000.
A move above 18,050 on the Nifty50 could lead to 18,300-18,350 levels, he said. "A slide below 18,050 could have the index retest 17,950-17,900 levels."
"A sustainable move above 18,250 could open up further strengthening of momentum," said Nagaraj Shetti, Technical Research Analyst at HDFC Securities.
Shetti is of the view the short-term trend of the benchmark index remains positive. He expects levels of 18,350 and 18,600 over the next 1-2 weeks with immediate support at 18,100.
Key levels to watch out for
The maximum call open interest is accumulated at the strike price of 19,000, with 1.9 lakh contracts, and the next highest at 18,500 and 18,700, with 1.3 lakh contracts each, according to provisional exchange data. The maximum put open interest is at 18,000, with 1.7 lakh contracts, and at 18,100, with 1.2 lakh contracts.
This suggests immediate resistance at 18,500 and a strong base at the 18,000 mark.
FII/DII activity
Foreign institutional investors (FIIs) remained net purchasers of Indian shares for the eight session in a row on Monday, according to provisional exchange data. 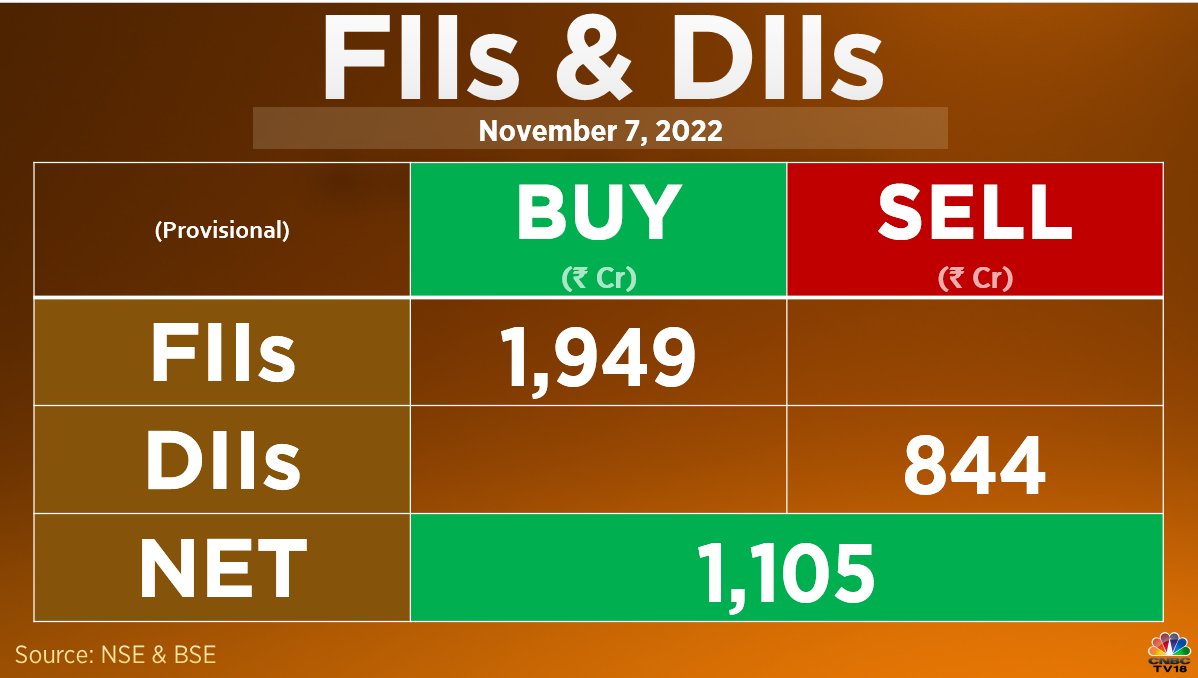