Trade setup for Monday, November 7: As Dalal Street enters a holiday-truncated trading week, expects say a rise above 18,100 suggests more upside for the Nifty50 in the near term. Here's what the technical charts suggest.

Indian equity benchmarks halted a two-day losing streak with a mild gain on Friday, led by gains in oil & gas, financial and metal shares though losses in IT and healthcare names capped the upside.

Globally, equities saw cautious gains as investors digested hawkish central banks that dashed nascent hopes of an earlier-than-anticipated end to the current cycle of rising COVID-era interest rates.
What do the charts suggest for Dalal Street?
The Nifty50 has formed a reasonable positive candle on the daily chart, where smaller degree higher tops and higher bottoms remain intact, according to Nagaraj Shetti, Technical Research Analyst at HDFC Securities.
A decisive breakout of crucial resistance at 18,100 suggests one can expect more upside in the near term, he said.
More upside in Nifty Bank as long as it holds 40,800
"The Nifty Bank has made a comeback from the support zone of 41,000-40,800 but a doji candle on the daily chart indicates indecisiveness," said Kunal Shah, Senior Technical and Derivatives Analyst at LKP Securities.
"The index remains in a buy mode as long as it holds support at 40,800. A decisive breach of the 41,500 level will continue all the way to 43,000," he said.
Here are key things to know about the market ahead of the November 7 session:
SGX Nifty
On Monday, Singapore Exchange (SGX) Nifty futures — an early indicator of the Nifty index — climbed up as much as 99 points or 0.5 percent to 18,302 ahead of the opening bell on Dalal Street.
Global markets
Equities in other Asian markets began the week largely stronger, following a comeback on Wall Street, with MSCI's broadest index of Asia Pacific shares outside Japan trading 0.9 percent higher at the last count. Japan's Nikkei 225 was up 1.2 percent and Hong Kong's Hang Seng 1.3 percent, though China's Shanghai Composite was down 0.3 percent.
S&P 500 futures were down 0.3 percent. On Friday, the bulls took charge of Wall Street following four days of losses as US jobs data backed hopes the Fed may deliver smaller rate hikes than anticipated earlier. The Dow Jones and the Nasdaq Composite rose 1.3 percent each, and the S&P 500 1.4 percent.
What to expect on Dalal Street
HDFC Securities' Shetti believes the 50-scrip index remains in a positive short-term trend, with the possibility of a decisive move above a hurdle at 18,200.
"A sustainable upmove from here is expected to push the Nifty towards 18,500-18,600 levels in the near term, with immediate support at 17,950," he said.
Sacrosanct support for the Nifty Bank for the week is expected in the 40,800-40,500 zone, Sameet Chavan, Chief Analyst-Technical and Derivatives at Angel One, told CNBCTV18.com.
"Lifetime highs in the 41,800-41,850 area are to be seen as intermediate resistance, any breach above which could trigger the next leg of a rally in the banking index," he said.
Key levels to watch out for
The maximum call open interest is accumulated at the strike price of 19,000, with 1.8 lakh contracts, and the next highest at 18,500, with almost 97,000 contracts, according to provisional exchange data. The maximum put open interest is at 18,000, with 1.7 lakh contracts, and at 18,100, with almost 85,000.
This suggests immediate resistance at 18,500 and a strong base at the 18,000 mark.
FII/DII activity
Foreign institutional investors (FIIs) remained net purchasers of Indian shares for the seventh back-to-back trading session on Friday, according to provisional exchange data. 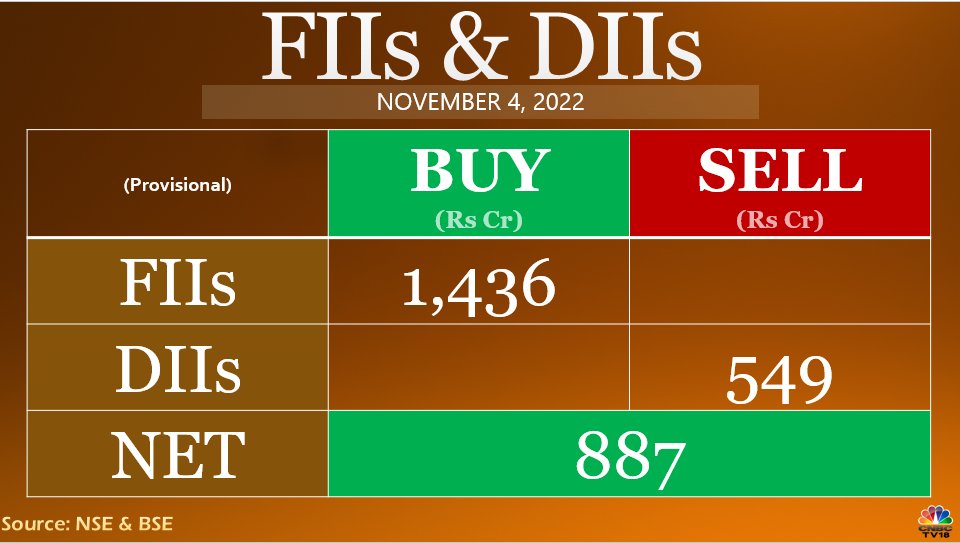