Trade setup for Nov 24: Nifty50 likely to stay rangebound in near term as monthly F&O series draws to a close

Trade setup for Nov 24: Nifty50 likely to stay rangebound in near term as monthly F&O series draws to a close 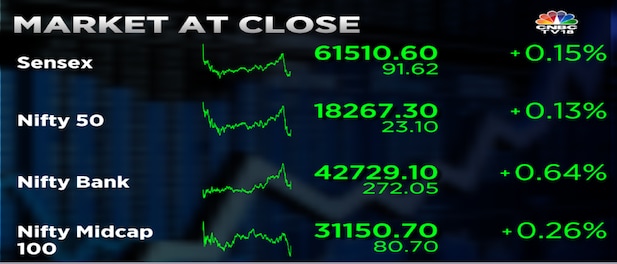 Trade setup for Thursday, November 24: A decisive rise past 18,400 is likely to open up a new all-time high on the Nifty50, say experts. Here's what the technical charts suggest.

Indian equity benchmarks were poised for a positive opening on Thursday tracking global markets, a day after extending gains to a second straight session aided by buying interest in financial and healthcare shares.

Globally, optimism on a moderating pace and magnitude of COVID-era hikes in benchmark interest rates drove the gains, though investors stared at rising infections and the consequent lockdowns in China.

The Nifty50 has formed a small negative candle on the daily chart, reflecting the inability to sustain the highs, according to Nagaraj Shetti, Technical Research Analyst at HDFC Securities.
He said one could expect more rangebound moves in the market soon, within the 18,400-18,100 zone.
Nifty Bank may rise as long as it holds 42,500
"The Nifty Bank has managed to hold the critical support zone of 42,500-42,400. It faces a hurdle at 43,000," said Kunal Shah, Senior Technical Analyst at LKP Securities.
The Nifty Bank — whose 12 members include the country's largest lenders, SBI, HDFC Bank, Kotak Mahindra Bank, Axis Bank and ICICI Bank — scaled a record closing high on Wednesday.
Shah also said that long as the banking index holds the support zone of 42,500-42,400, it is in a buy-on-dips mode.
Here are key things to know about the market ahead of the November 24 session:
SGX Nifty
On Thursday, Singapore Exchange (SGX) Nifty futures — an early indicator of the Nifty index — rose as much as 116.5 points or 0.6 percent to 18,493.5 ahead of the opening bell on Dalal Street.
Global markets
Equities in other Asian markets rose, following a strong session overnight on Wall Street, after minutes of the Fed's last policy meeting hinted at a slowing pace of COVID-era interest rates soon. However, caution persisted among investors about a record high in daily new COVID infections in China. MSCI's broadest index of Asia Pacific shares outside Japan was up 0.8 percent at the last count.
Japan's Nikkei 225 was up 1.2 percent, China's Shanghai Composite 0.2 percent and Hong Kong's Hang Seng 0.6 percent.
S&P 500 futures were up 0.2 percent in Asian trade. On Wednesday, the S&P 500 finished 0.6 percent higher, the Dow Jones rose 0.3 percent and the Nasdaq Composite gained one percent.
What to expect on Dalal Street
Analysts warn of high volatility on the last day of the November derivative series.
HDFC Securities' Shetti believes that going by the long-term charts; the Nifty50 continues to hold its uptrend status. Some weakness or consolidation in the market could be considered an opportunity to buy the dip, he said.
"As long as support at 18,100-18,000 is protected, one may expect the consolidation movement to continue. A decisive move above 18,400 is likely to open up a new all-time high above the 18,600 level in the near term," he said.
Key levels to watch out for
The maximum call open interest is accumulated at the strike price of 18,300, with 1.9 lakh contracts, and the next highest at 18,400, with 2.2 lakh, according to provisional exchange data. The maximum put open interest is at 18,000, with 1.9 lakh contracts, and at 18,200, with 1.6 lakh contracts.
This suggests an immediate hurdle at 18,300 and a critical cushion at 18,200.
FII/DII activity
Foreign institutional investors (FIIs) remained net sellers of Indian shares for a fourth straight day on Wednesday, according to provisional exchange data. 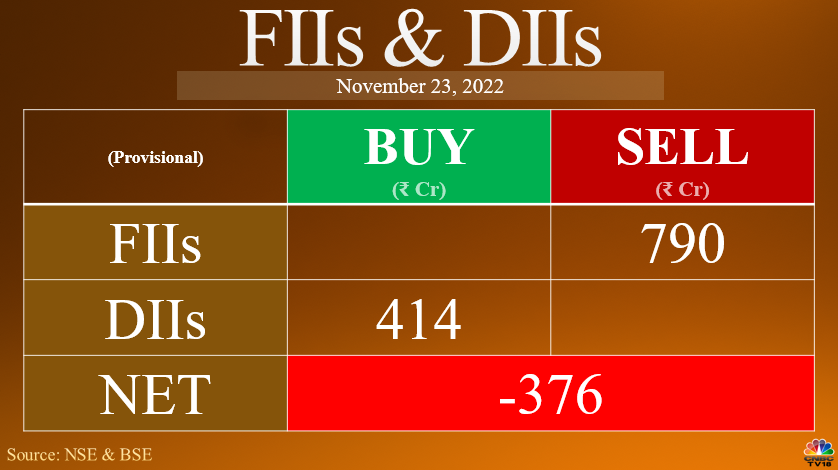