Trade setup for Nov 15: As Nifty50 takes a breather near 18,300, sideways moves may continue on D-Street

Trade setup for Nov 15: As Nifty50 takes a breather near 18,300, sideways moves may continue on D-Street 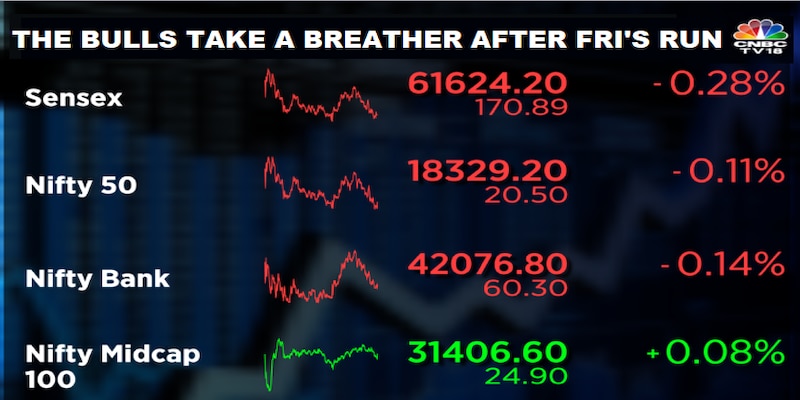 Trade setup for Tuesday, November 15: The Nifty50 may consolidate for a couple of session before the next big move on either side, say experts. Here's what the technical charts suggest.

Indian equity benchmarks took a breather on Monday following the previous day's surge, even as most of their major global peers continued to ride the optimism that a promising reading of US inflation last week will lead to less aggressive hikes in COVID-era interest rates.

Both Sensex and Nifty50 edged lower, having surged about two percent on Friday.

The Nifty50 has formed a small negative candle on the daily chart, reflecting consolidation at the highs, according to Nagaraj Shetti, Technical Research Analyst at HDFC Securities.
"There is no confirmation of a higher top reversal pattern unfolding at the highs," he said.
Time to buy the dip in banking
"Lower-end support in the Nifty Bank is visible at 41,500, which will act as a line of defense for the bulls whereas higher-end resistance is at 42,500," said Kunal Shah, Senior Technical Analyst at LKP Securities.
"A break on either side will clear the trend for the banking index, though undertone remains bullish and one should take a buy-on-dips approach," he added.
Here are key things to know about the market ahead of the November 15 session:
SGX Nifty
On Tuesday, Singapore Exchange (SGX) Nifty futures — an early indicator of the Nifty index — gained as much as 68 points or 0.4 percent to 18,445.5 ahead of the opening bell on Dalal Street.
Global markets
Equities in other Asian markets secured strong moves on Tuesday, shrugging off overnight losses on Wall Street, as investors digested remarks from Fed officials about plans for hikes in benchmark interest rates that dashed nascent hopes of an earlier-than-expected end to the current cycle of policy tightening. MSCI's broadest index of Asia Pacific shares outside Japan was up 1.9 percent at the last count.
Japan's Nikkei 225 was up 0.1 percent, China's Shanghai Composite 1.3 percent and Hong Kong's Hang Seng 2.9 percent.
S&P 500 futures were up 0.4 percent. On Monday, the three main US indices succumbed to negative territory dragged by realty and discretionary stocks to end around one percent lower each.
What to expect on Dalal Street
HDFC Securities' Shetti believes the market continues to be in a near-term uptrend, with the Nifty50 undergoing some consolidation at the key 18,350 hurdle.
"Choppy movement or minor weakness could continue for the next 1-2 sessions before another bounce from the higher lows. Immediate support is at 18,250," he said.
Key levels to watch out for
The maximum call open interest is accumulated at the strike price of 18,500, with 1.4 lakh contracts, and the next highest at 18,400, with 1.3 lakh contracts, according to provisional exchange data. The maximum put open interest is at 18,000, with 1.5 lakh contracts, and at 18,300, with 1.1 lakh contracts.
This suggests immediate resistance at 18,400 followed by a major hurdle 100 points above, and a strong base at the 18,000 mark.
FII/DII activity
Foreign institutional investors (FIIs) continued to be net buyers of Indian shares for the eleventh session in a row on Monday, according to provisional exchange data. 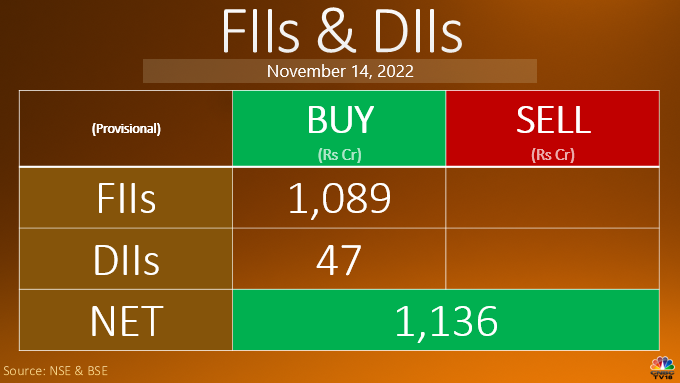