Trade setup for Nov 10: More sideways moves on the cards for Nifty50 as the bulls take a breather

Trade setup for Nov 10: More sideways moves on the cards for Nifty50 as the bulls take a breather Indian equity benchmarks halted a two-day winning run on as Dalal Street returns to trade after a day's holiday. On Monday, both Sensex and Nifty50 managed to scale 10-month closing highs, rising for a second straight session, led by gains in financial, metal and oil & gas shares though losses in healthcare stocks capped the upside.

The Nifty50 has formed a long bear candle on the daily chart, suggesting an inability of the bulls to sustain the highs, according to Nagaraj Shetti, Technical Research Analyst at HDFC Securities.
One can expect some correction in the market in the next 1-2 sessions before a bounceback from the lows, said Shetti, who sees immediate support for the 50-scrip index at 17,950.
Nifty Bank scales another fresh peak The Nifty Bank has made a bearish candle on the daily chart after major resistance near 42,000 level, suggesting profit booking at higher levels, said Rajesh Palviya, VP-Technical and Derivative Research at Axis Securities.
"A sustained move above 42,000 will extend all the way towards 42,200-42,400 levels. Important support for the day is around 41,600. But a slide below 41,600 may lead to profit booking that may take the banking index towards 41,400-41,200 levels," he said.
Momentum appears to be missing as indicated by momentum indicator RSI, Palviya pointed out.
Here are key things to know about the market ahead of the November 10 session:
SGX Nifty
On Thursday, Singapore Exchange (SGX) Nifty futures — an early indicator of the Nifty index — fell as much as 99 points or 0.5 percent to 18,094.5 ahead of the opening bell on Dalal Street.
Global markets
Equities in other Asian markets began Thursday's session in the red, tracking a slump on Wall Street, as Republican gains in midterm elections appeared more modest than some expected. Investor focus also shifted to incoming inflation data from the world's largest economy for more clarity on the course of interest rates.
MSCI's broadest index of Asia Pacific shares outside Japan was down 1.1 percent at the last count. Japan's Nikkei 225 was down 1.1 percent, China's Shanghai Composite 0.4 percent and Hong Kong's Hang Seng 1.8 percent.
S&P 500 futures were up 0.2 percent. On Wednesday, the S&P 500 fell 2.1 percent, the Dow Jones two percent and the Nasdaq Composite 2.5 percent.
What to expect on Dalal Street
Palviya sees important support for the day around 18,100, a breach below which, he believes, may take it towards 18,000-17,900 levels.
A move above the trend-deciding level of 18,190 may lead to an extended rally till 18,265-18,370-18,440 levels. "If the Nifty trades below 18,190, we may see some profit booking initiating in the market up to 18,085-18,010-17,905 levels."
"A sustainable move above 18,250 could open up further strengthening of momentum," said Nagaraj Shetti, Technical Research Analyst at HDFC Securities.
Shetti is of the view the short-term trend of the benchmark index remains positive. He expects levels of 18,350 and 18,600 over the next 1-2 weeks with immediate support at 18,100.
Key levels to watch out for
The maximum call open interest is accumulated at the strike prices of 18,300 and 18,200, with 2.1 lakh contracts each, and the next highest at 19,000, with 1.9 lakh contracts, according to provisional exchange data. The maximum put open interest is at 18,000, with 1.8 lakh contracts, and at 18,100, with 1.1 lakh contracts.
This suggests immediate resistance at 18,200 and a strong base at 18,000.
FII/DII activity
Foreign institutional investors (FIIs) remained net purchasers of Indian shares for the ninth session in a row on Wednesday, according to provisional exchange data. 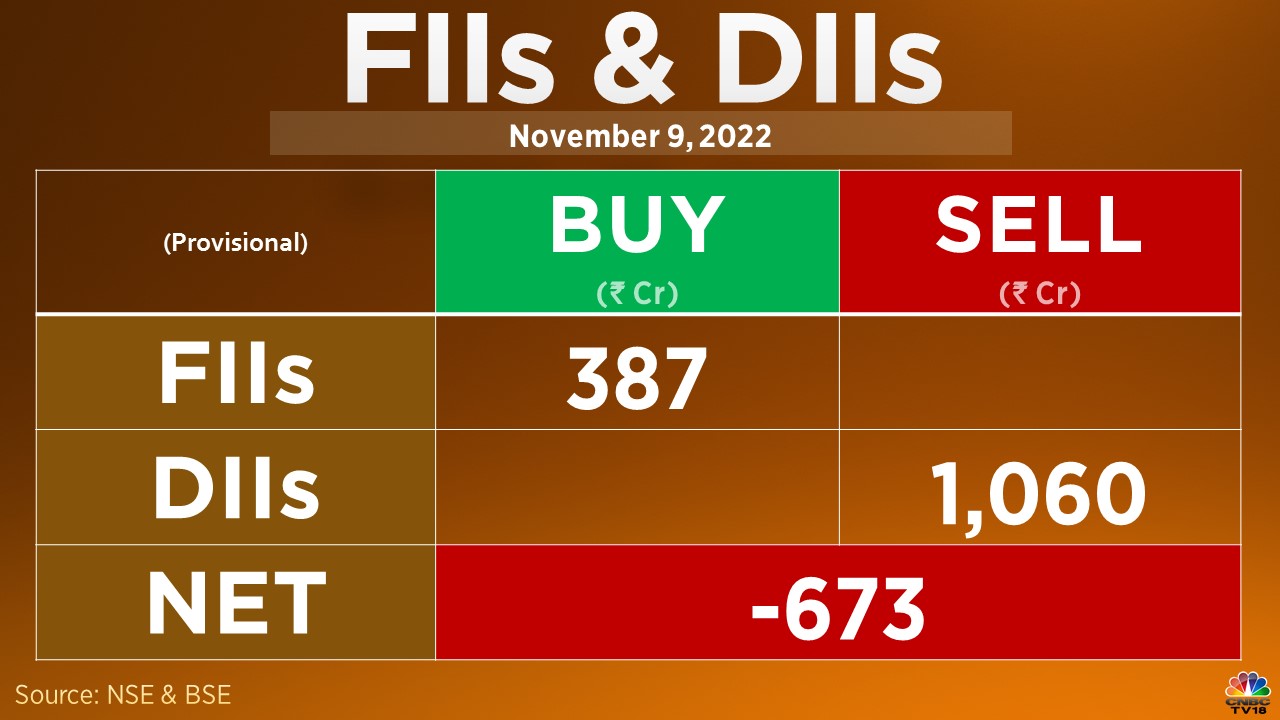