Trade setup for Nov 1: As long as Nifty holds 17,900, the bulls may remain in charge on D-Street

Trade setup for Nov 1: As long as Nifty holds 17,900, the bulls may remain in charge on D-Street 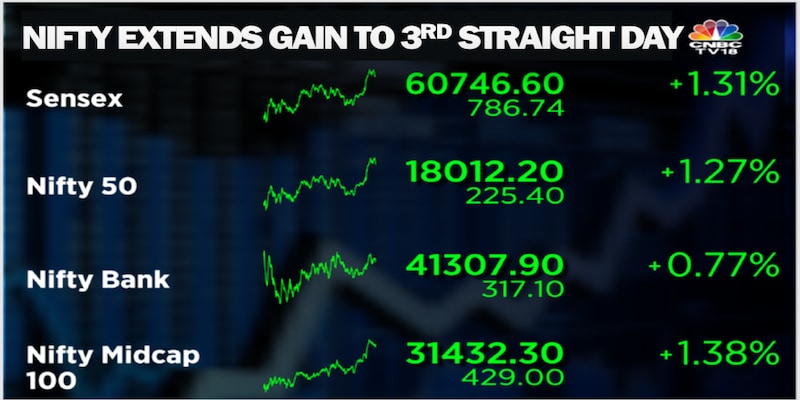 Trade setup for Tuesday, November 1: Market experts see strong resistance for the Nifty50 at 18,150 and support at 17,900. Here's what the technical charts suggest.

Indian equity benchmarks surged on Monday amid broad-based buying, continuing to rise for the third session in a row, with financial, IT, oil & gas and auto shares being the biggest boosts.

Globally, investors' focus shifted to a key interest rate decision by the Fed this week, with many analysts expecting a raise of 75 bps.
What do the charts suggest for Dalal Street?
The Nifty50 has formed a bullish candle and a higher bottom pattern on the daily chart, suggesting the continuation of an uptrend in the near term, according to Shrikant Chouhan, Head of Equity Research (Retail) at Kotak Securities.
He is of the view that the uptrend is likely to continue to touch 18,100-18,150 levels as long as the 50-scrip index stays above 17,900.
Below that crucial support, traders may prefer to exit long positions as the index could retest 17,800, he said.
Nifty Bank poised for more upside
The undertone of the Nifty Bank continues to be bullish, Kunal Shah, Senior Technical and Derivative Analyst at LKP Securities, pointed out.
The banking index may continue its momentum towards the 42,000 mark once it breaks above 41,500, he said.
Here are key things to know about the market ahead of the November 1 session:
Global markets
US markets began the day weaker amid selling pressure in heavyweights such as Apple as investors braced for a hefty rate hike from the Fed this week. The S&P 500 was down 0.9 percent at the last count, the Dow Jones was down 0.6 percent and the tech stocks-heavy Nasdaq Composite 1.3 percent.
European shares fell after data showed inflation in the range hit a record high. The pan-European Stoxx 600 index dropped 0.2 percent.
What to expect on Dalal Street
Sentiment in the market remains upbeat after the Nifty50's move above its crucial 18,000 level amid optimism on major central banks turning less hawkish, better-than-expected corporate earnings and falling oil prices on worries about falling Chinese demand, according to Mohit Nigam, Fund Manager and Head-PMS at Hem Securities.
He sees key resistance for the Nifty50 at 18,150 and strong support at 17,900.
For the banking index, Nigam sees key resistance at 41,800 and support at 41,100.
Key levels to watch out for
The maximum call open interest is accumulated at the strike price of 18,500, with 1.2 lakh contracts, and the next highest at 18,200, with 1.1 lakh contracts, according to provisional exchange data. The maximum put open interest is at 17,700 and 17,800, with 1.1 lakh contracts each, and at 17,900, with more than 97,000.
This suggests an immediate hurdle at 18,200 followed by strong resistance at 18,500, and immediate support at 17,900 followed by a strong base in the 17,800-17,700 zone.
FII/DII activity
Foreign institutional investors (FIIs) remained net purchasers of Indian shares for a third straight session on Monday, according to provisional exchange data. 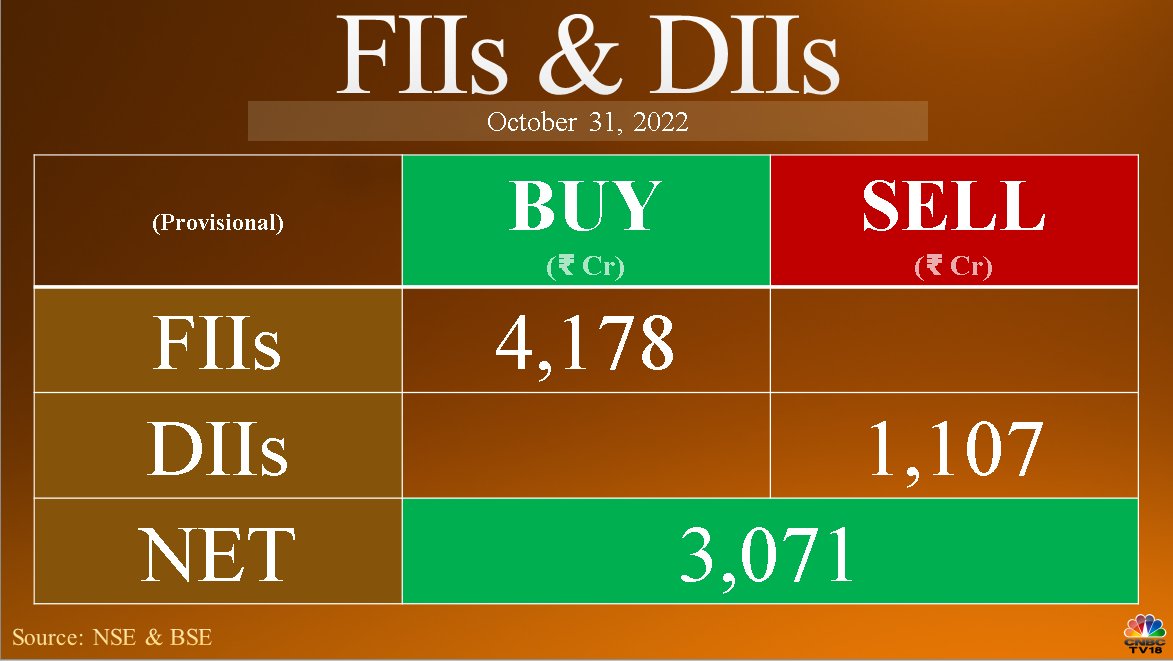