Trade setup for Dec 2: Sector specific momentum may continue even as Nifty 50 struggles at higher levels

Trade setup for Dec 2: Sector specific momentum may continue even as Nifty 50 struggles at higher levels

India's equity benchmarks registered another record close, extending their winning run for the eighth straight day. However, indices faced some resistance at higher levels and closed below their highest point of the session. Gains were led by IT and cement names while auto stocks underperformed post monthly sales numbers.

What do the charts suggest for Dalal Street?
Nagaraj Shetti, Technical Research Analyst at HDFC Securities believes that the short-term uptrend on the index remains intact even as a small negative candle was formed at the high of 18,888. "Technically, this pattern indicates tiredness in the market at the highs," he said.
Siddhartha Khemka of Motilal Oswal Financial Services expects the Nifty to consolidate around the 19,000 mark after gaining 4 percent over the last eight trading sessions. However, he expects the momentum in sectors like IT and Metals to continue while real estate, cement and building material stocks may also do well.
Here are key things to know about the market ahead of the December 2 session:
SGX Nifty
On Friday, Singapore Exchange (SGX) Nifty futures — an early indicator of the Nifty index — fell as much as 11.5 points or 0.06 percent to 18,9674 suggesting a sluggish opening ahead on Dalal Street.
Global markets
US markets ended mixed on Thursday with the Dow Jones dropping nearly 200 points ahead of the key jobs data to be reported later this evening. The S&P 500 closed 0.1 percent lower while the Nasdaq Composite added 0.1 percent on Thursday.
Markets in the Asia-Pacific have opened lower on Friday as investors look for clarity after China signalled slight easing of its stringent Covid-19 restrictions.
The Nikkei 225 in Japan is down 1.5 percent while the Topix is down 1.6 percent. The South Korean Kospi is down nearly 1 percent despite the country's annualised consumer price index for November inching lower from the previous month.
What to expect on Dalal Street
Shetti of HDFC Securities says that the positive chart pattern of higher tops and higher bottoms is intact on Nifty's daily chart and there is no indication of any higher top reversal forming at the highs.
He expects the next upside level to be watched around the 19,000 mark in the short term with immediate support at levels of 18,720.
Key levels to watch out for
The 19,000 strike call for the December 8 weekly expiry added 41.4 lakh shares in Open Interest on Thursday while the 18,800 call added 29.4 lakh shares.
On the Put side, the 18,800 strike added another 32 lakh shares in Open Interest while the 18,700 and 18,900 strike puts added 12.5 lakh and 11.1 lakh shares respectively.
FII/DII activity 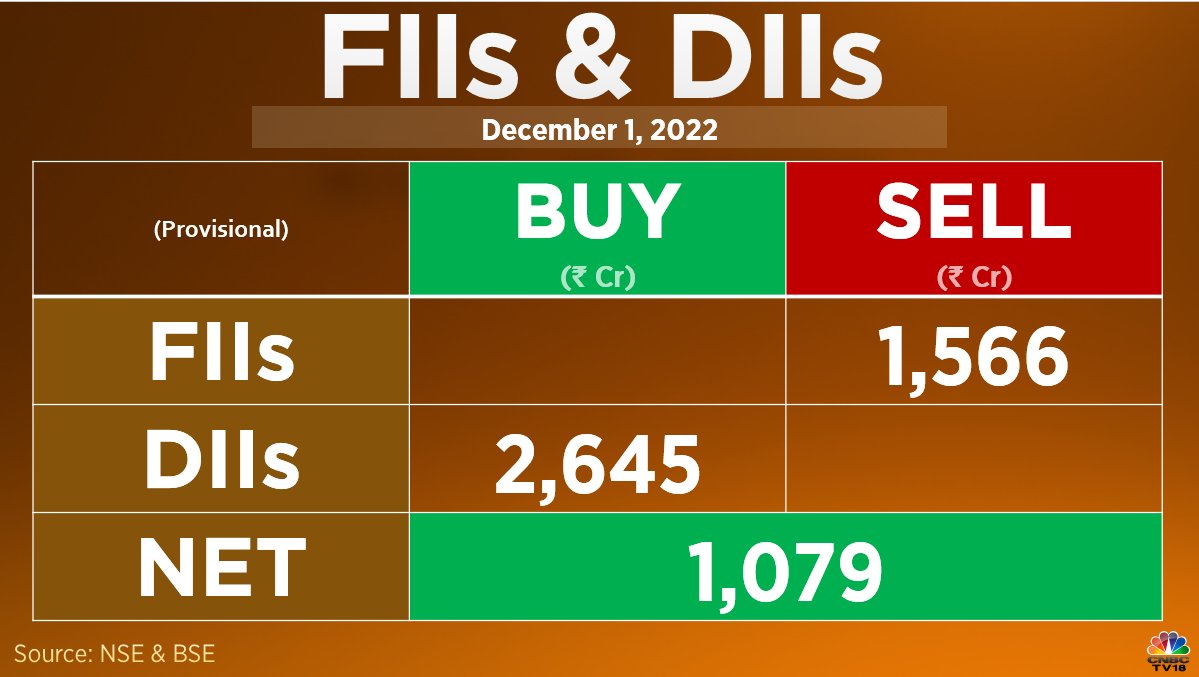 After offloading shares worth $33.3 billion between October 2021 and June 2022, Foreign Portfolio Investors turned net buyers of Indian equities, having cumulatively bought shares worth $11.7 billion since then.
While the Nifty 50 index fell 10.4 percent during that nine-month period between October and June, the index has gained nearly 20 percent since July. 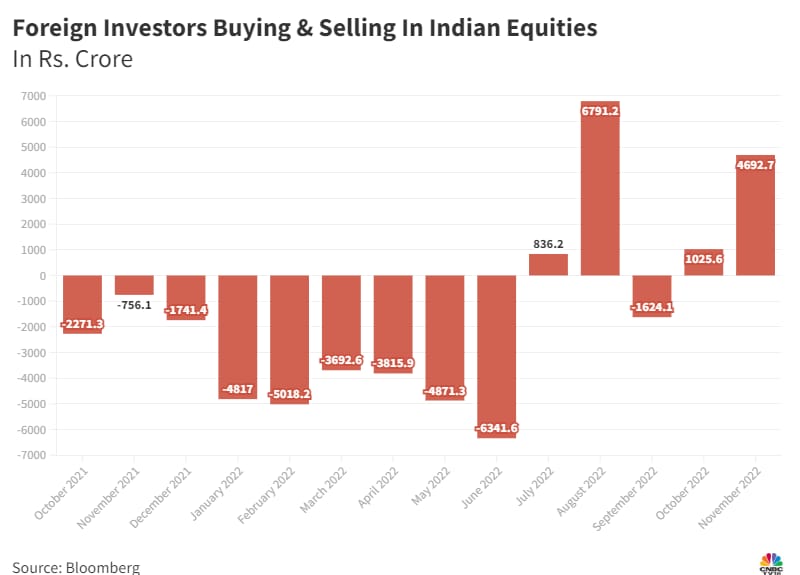