Indian shares are likely to open on a flat note on Friday amid negative global sentiment and as investors eye fourth-quarter gross domestic product (GDP) data due later in the day. Asian shares fell as investors feared US President Donald Trump’s shock move to slap tariffs on Mexico risked tipping the United States, and maybe the whole world, into recession.

Among brokerages, CLSA downgraded Glenmark Pharma to sell and cut its target to Rs 500 per share. For Coal India, Citi and CLSA remained bullish on the stock and raised its TP. Macquarie had an 'outperform' call on ONGC, while CLSA re-iterated its a 'buy' call with a hike in target price. Nomura upgraded Alkem Labs to 'buy' from 'neutral' and raised its TP, while it maintained 'reduce' call on Ujjivan Financial Services.

Here are the top brokerage calls for Friday:

- Expect investment phase to remain high over the next two years

- Benefits of current investments will only reflect FY22 onwards

- Q4 below estimates, but commentary suggests an improved outlook

- Q4 sales in-line with strong growth in the domestic formulation

- Valuation is attractive at current levels 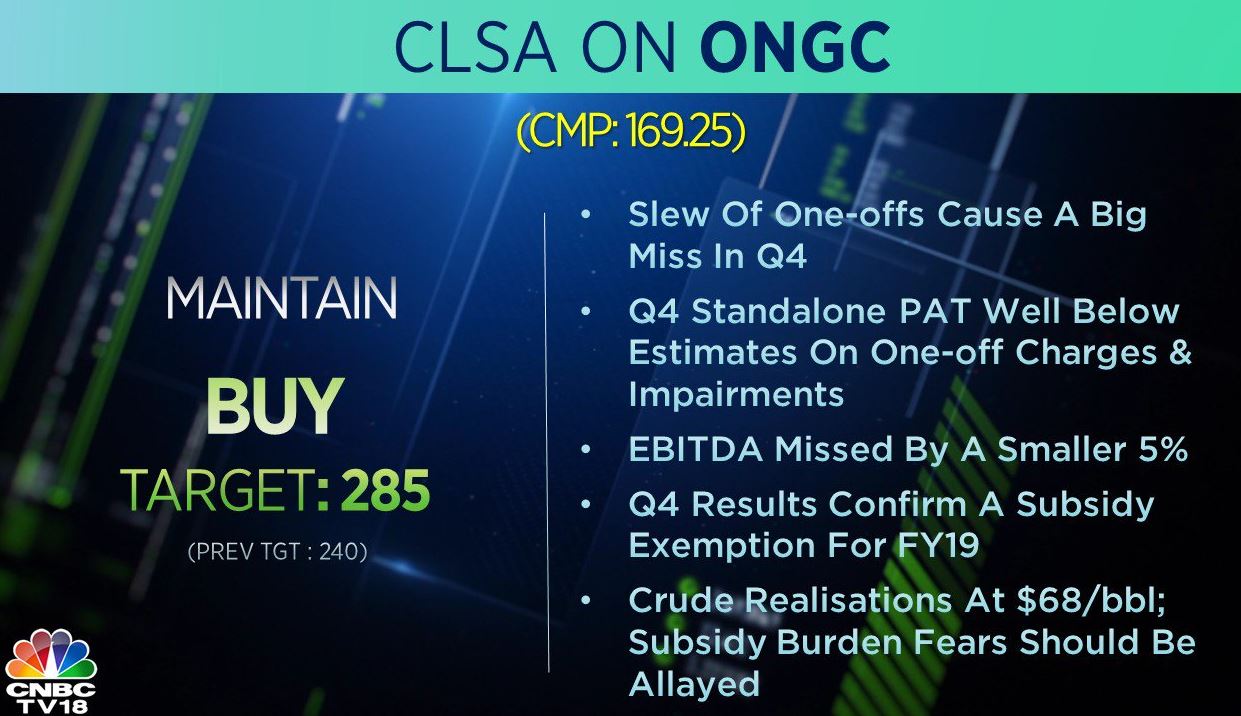 - The company did not bear any subsidies in Q4