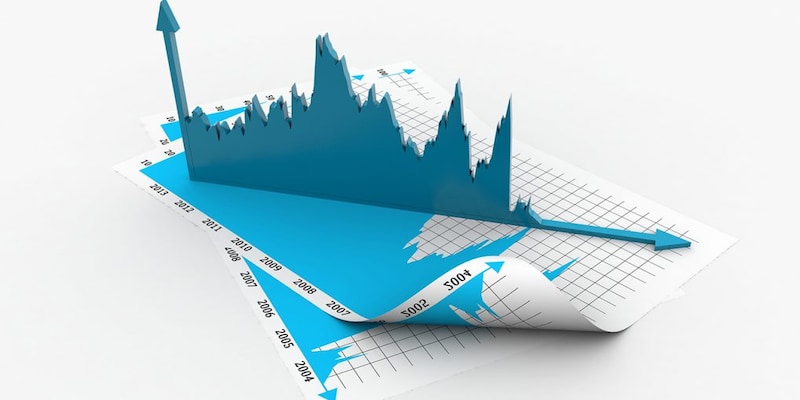 Bandhan Bank's stock price has given better returns than every constituent of the Nifty PSU Bank index in the last 1 year. The scrip of Bandhan Bank rose over 20 percent during this period, while 11 out of 12 stocks from the PSU Bank index was in red.

Bandhan Bank's stock price has given better returns than every constituent of the Nifty PSU Bank index in the last one year. The scrip of Bandhan Bank rose over 20 percent during this period, while 11 out of 12 stocks from the PSU Bank index were in the red. SBI, the only stock that gave positive returns also rose only 17 percent in this time. 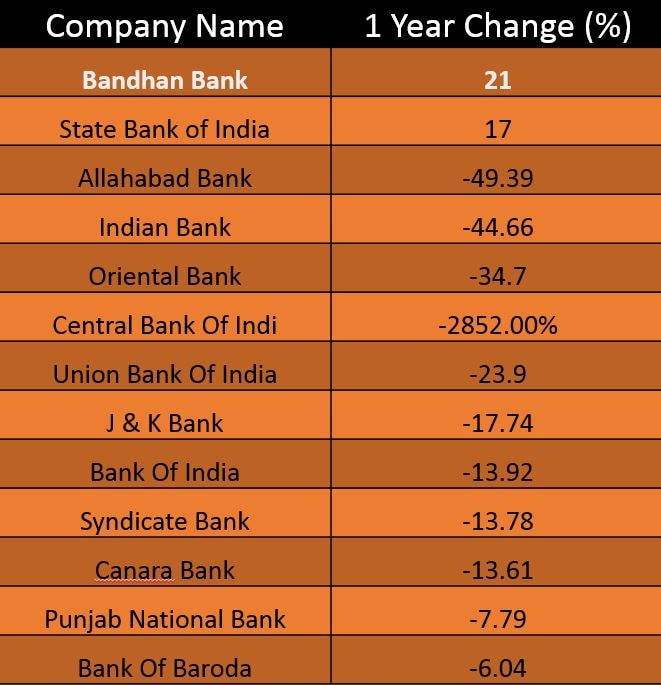 Bandhan received in-principle approval for setting up a universal bank in April 2014. On June 17, 2015, the Reserve Bank of India granted the universal banking licence to Bandhan Bank. Two months later, on August 23, the lender commenced operations.
As per analysts, Bandhan Bank has been a fast-growing private bank with strong financials without asset quality issues as its peers go through a difficult phase. However, they are not very bullish on PSU Banks, except SBI.
For Q2FY20, the lender reported a 99.28 percent year-on-year (YoY) rise in net profit for the September quarter at Rs 971.79 crore. The bank had posted a profit of Rs 487.65 crore in the quarter ending September 2018.
After announcing the Q2 results, MD and CEO CS Ghosh said that Bandhan Bank's asset quality is currently the best, with the net non-performing assets (NPAs) coming in at 0.56 percent.
The bank's net profit of Rs 971 crore is also more than the combined net profit of all the Nifty PSU Bank constituents. While SBI, Bank of Baroda and Punjab National Bank reported profit of Rs 3,011 crore, Rs 736 crore and Rs 507 crore; losses in PSBs like Allahabad Bank (Rs 2,114 crore), UCO Bank (Rs 892 crore), Union Bank of India (Rs 1194 crore) capped the overall rise in profits.
Bandhan Bank also recently forayed into the affordable housing finance segment in the wake of its recent acquisition of Gruh Finance, the housing finance arm of HDFC. In October it was also added to the MSCI index following the bank's acquisition of Gruh Finance.
The bank is expecting that a little less than 50 percent of its portfolio will be dominated by affordable housing loans in the next three to five years. The bank will stay away from loans to large corporate entities.
Emkay is positive on the stock post Gruh merger, asset diversification and strengthening liability base. "We like Bandhan due to its remarkable liability ramp-up, asset diversification strategy and sustainably higher RoA/RoEs. The bank has a good track record of managing cyclical/external disruptions due to its strong customer connect, credit monitoring/recovery mechanism; however, we choose to remain watchful in the near term," it said in a research report.
Check out our in-depth Market Coverage, Business News & get real-time Stock Market Updates on CNBC-TV18. Also, Watch our channels CNBC-TV18, CNBC Awaaz and CNBC Bajar Live on-the-go!