‘The best analogy is... cricket and betting,’ says official about NSE colocation scandal

‘The best analogy is... cricket and betting,’ says official about NSE colocation scandal 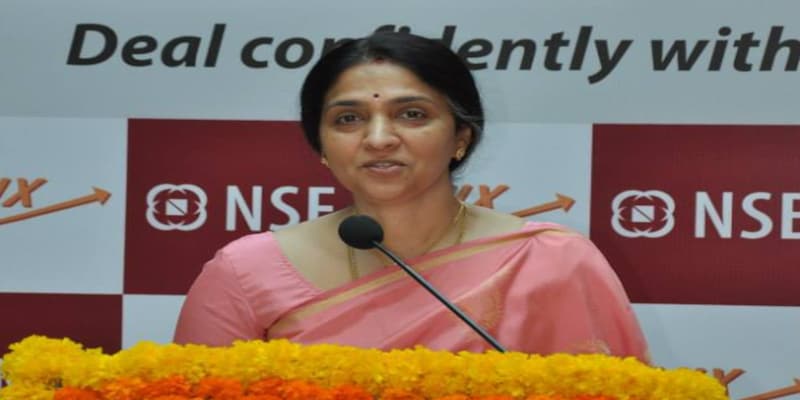 Even a split second faster access is said to result in huge gains for a trader. The preferential access at NSE allegedly did not include just close proximity to the exchange servers, but also provided faster and 'Tick-By-Tick' (TBT) data containing minute details about all trades and orders.

As a multi-agency probe into the NSE colocation case gathers pace, the grant of preferential server and data access to select brokers and their suspected misuse are being investigated threadbare to unveil all quid pro quo arrangements in a highly sophisticated scheme that worked like a cricket betting scandal, officials said on February 21.

While the bourse has said it has taken several steps over the years to strengthen its technology infrastructure, as per regulatory orders, the officials said certain fresh disclosures call for a detailed probe into whether a select group of individuals in high positions had banded together to make illicit gains by facilitating the preferential trading slots, beginning over a decade ago.

Even a split second faster access is said to result in huge gains for a trader. The preferential access allegedly did not include just close proximity to the exchange servers, but also provided faster and 'Tick-By-Tick' (TBT) data containing minute details about all trades and orders.

Explaining how the system worked, one of the senior officials said, "The best analogy to understand this highly-technical matter is cricket and betting."

Also read: Explained: What is the NSE colocation controversy; Ravi Narain's, Chitra Ramkrishna's role in it

"For a common investor or a broker trading on his or her normal terminal is like watching the live telecast of the match on television or in a stadium. But imagine your eyes and ears right behind every single player in the field, getting to know their moves and strategies on a real-time basis before anyone else," the official said.

"And, we are not even talking about match-fixing. The sophisticated algorithms at play make it possible to access a huge amount of data on a real-time basis with the use of modern computer systems and high-tech software solutions," the official added.

He also countered an ongoing narrative that there was no loss to investors, saying the genuine investors were definitely on the losing side as this system was facilitating a select few to buy shares at a lower price and sell those at a higher price due to their faster access.

"The difference may be very small for one individual investor, possibly just one rupee or a few paise per share, but when you look at the huge amount of trades running into lakhs and crores every day, the overall gains for the selected brokers could have run into hundreds and thousands of crores of rupees over a period of few years," he added.

The issues under the scanner include possible pecuniary gains made by some top exchange officials and certain middlemen as also internal and external approvals for roll-out and operation of controversial 'colocation' and sophisticated algorithm-based 'high frequency trading' facilities.

The officials said the money trail at various levels, including to and from the concerned brokers' accounts, would be looked into, in addition to financial accounts of a large number of individuals who were directly or indirectly associated with the matter, especially between 2009 and 2016, from inside or outside the exchange.

If required, help would be sought from foreign regulators and agencies, they added. The National Stock Exchange (NSE), the country's largest bourse, is believed to have rolled out the colocation services in 2009-2010.

One major roadblock in the investigations so far has been a missing trove of e-mails and fresh attempts are being made to retrieve those as a large number of computer hardware, including laptops, used by some top officials were destroyed by the exchange long back as 'e-waste'. The Securities and Exchange Board of India (SEBI) began its probe into the matter in early 2015 after it was brought to light by a 'whistle-blower' that some brokers were allegedly getting preferential access through colocation facility, early login and 'dark fibre' -- which can allow a trader a split second faster access to data feed of an exchange.

NSE's colocation facility allowed brokers to take on rent-specific racks to co-locate their serves and systems within the exchange premises for a low latency connection to the exchange. The servers and systems placed in these racks got to receive live market data feed and accordingly place their trade orders with access to features like direct market access, algo trading and smart order routing.

Besides, the 'Tick-By-Tick' (TBT) data feed provided information on every change in the order book but this information was allegedly delivered one by one, unlike a broadcast where everyone gets the price information at the same time if they were at the same distance from the server. Rather, the TBT data feed was disseminated sequentially in the sequence the brokers connected or logged in to the server.

This allegedly created a benefit to the first one to connect to the lowest-load server in terms of receiving the data faster than others. It was also alleged that some brokers got to access back-up servers as the load on those servers was low while a few not only logged in first on select high-tech servers but also tried to crowd out others by occupying the second and third positions on those servers.

Over the years, SEBI has put in place stricter regulations to close the loopholes and to address concerns relating to algo trading and colocation facilities, including by making TBT feed free of cost to all trading members and asking exchanges to provide 'managed colocation service' through eligible vendors for ensuring low-cost services to all interested brokers. It has also been alleged that some brokers colluded with NSE's employees and outsourced staff to obtain information regarding load and starting of servers, including backup servers. This enabled 'first-to-connect' brokers to get data ahead of others for three years between 2011 and 2014.

Besides, differential access in the form of 'dark fibre' was allegedly given to one trading member at NSE to connect across NSE and BSE colocation at least 4-5 months ahead of other members, as per the complaints. SEBI had initially set up a cross-functional team to look into the matter and the regulator's Technical Advisory Committee (TAC) subsequently recommended setting up an expert committee, which submitted its report to the regulator in March 2016.

It found that NSE had violated norms of fair access and allowed some brokers to benefit. Also, when a complaint was first made to NSE, its management dismissed it and did not initiate any steps to check the possibility of any collusion with the staff of the exchange.

NSE's board was asked by the panel to initiate an independent examination, including a forensic probe by an external agency. The exchange was also directed to place its colocation revenues, including from any fibre connectivity from a broker's colocation facility to their offices, in an escrow account. There were indications that certain brokers were moved to specific servers while the same was denied to others. There were also instances where some colocation members were allowed access to multiple TBT servers by redistribution of their Ips, which was not in line with the sequential method.

Further, e-mails reviewed during probes suggested that certain brokers may have got advice from someone within the exchange that there was an advantage in receiving market feeds on early logins to the TBT servers. The forensic audit also observed the absence of protocols related to data retention, e-mail and other information for some former top officials of NSE.

Over the years, SEBI has passed several orders, including against NSE and its then top executives as also against some brokers in the colocation matter for breach of capital market regulations. The ongoing probes are focussing on illicit gains made in the process and whether a 'money-making machine' was at play in hands of a coterie of people, the officials said.