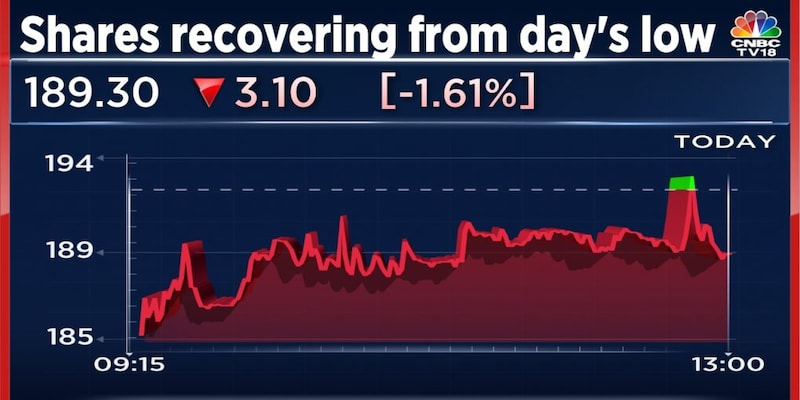 The company on Wednesday said that net loss (after tax) stood at Rs 49.2 for Q2 FY23 compared with profit after tax of Rs 19.94 crore during the year-ago quarter.

Shares of Sagar Cements Ltd fell as much as 5 percent on Thursday after the company posted a net loss of Rs 49.2 crore in the second quarter of the current fiscal year.

Operating EBITDA declined 91 percent from last year to Rs 5.7 crore as against Rs 60.82 crore in the year-ago quarter. The weakness in EBITDA was due to higher operating expenses and finance costs which increased 52 percent and 340 percent respectively last year.

Higher expenses dented the company's EBITDA margin which declined by 1,500 bps to 1 percent.

On the bright side, the company’s revenue increased by 29 percent compared to a year ago, while volume increased by 21 percent. Sagar Cements said that its plants operated at around 49 percent capacity during the current quarter.

Joint Managing Director Sreekanth Reddy said that demand for a large part of the quarter was impacted by strong monsoons. However, the company witnessed some revival towards the end following a pick-up in infrastructure activities as the rains subsided.