Year ender 2022 | SBI, ICICI and other large banks rise like the phoenix

2022 is the year when the Nifty Bank outperformed Nifty as three large banks – State Bank of India (SBI), ICICI Bank and HDFC Bank saw a massive a re-rating in their valuation. CNBC-TV18’s Abhishek Kothari charted the ups and downs of the big three names in banking in 2022.

For the last two years, that is 2020 and 2021, the Bank Nifty, the index which tracks the performance of India's listed bank stocks, has underperformed the benchmark index, the Nifty50. However, 2022 has been a story of a turnaround. The Bank Nifty has outperformed the Nifty50 in a big way.

As December draws to a close, the Bank Nifty has risen by more than 20-21 percent this year as compared to the seven percent gains for the benchmark. A closer look shows that ICICI Bank has given a return of 25 percent, the State Bank of India (SBI) about 32 percent, and HDFC Bank has given a return of 8.5 percent.
Looking at HDFC Bank, it is the first time in three calendar years that it has given a return that is higher than Nifty. While the large banks have seen massive rerating in their valuations, the likes of ICICI Bank, SBI etc., HDFC Bank has its own news to contend with This began with Mr Aditya Puri retiring from the bank to then was followed by the merger of HDFC Limited with the bank.
Loan growth
Talking about loan growth, HDFC Bank, ICICI Bank and SBI have all recorded record growth rate in all quarters of 2022. Corporates have started coming back to banks as money market rates have started to heat up even as retail and MSME portfolio have been the big drivers of incremental loan growth in the banking sector. 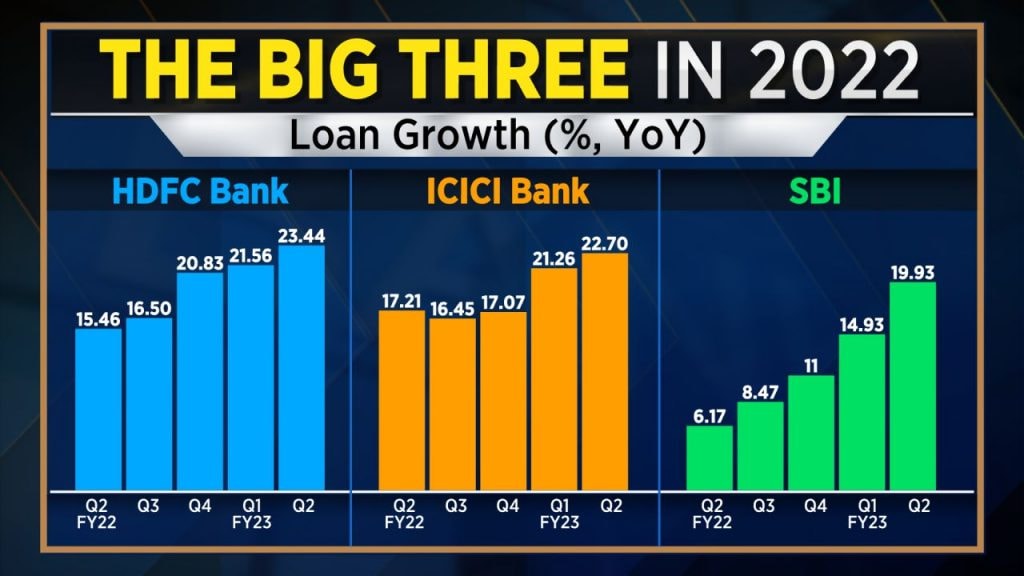 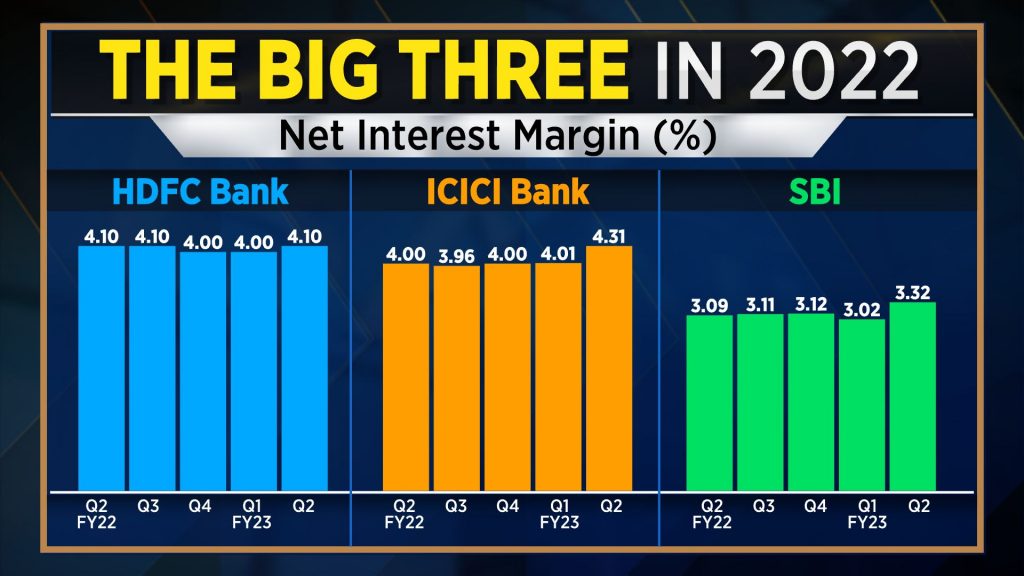 Stressed assets
One of the most painful parts of the stressed assets in the last two years has been the huge amount of restructured loans. These were loans, which were impacted by the COVID wave with respect to repayments. Now restructured books for HDFC Bank, ICICI Bank and SBI have reduced anywhere between 30 basis points (bps) to 85 bps in the last five quarters.
Gross NPA
The banking sector has been battling asset quality woes even before the COVID impact. COVID only added fuel to the fire and led to higher stress in the system. 2022, however, has been a different story. The gross non-performing asset (NPA) ratio has declined by 12 bps on the low base for HDFC Bank in the last five quarters, by about 163 bps for ICICI Bank and 138 bps for SBI over the last five quarters improving profitability.
Thanks to strong loan growth translating into an improvement in NIMs along with an improvement in credit costs, banks have seen robust momentum in their earnings profile.
The profit growth of HDFC Bank, ICICI Bank and SBI has been robust over the last few quarters and it continues to improve. The return on asset (RoA) ratio has also improved for the banks. This can be seen as one of the key reasons with respect to rerating in the valuation multiple of these large banks.