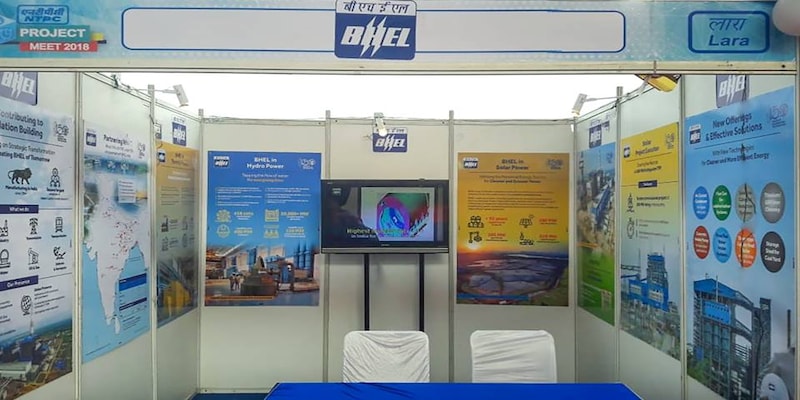 Shares of Bharat Heavy Electricals (BHEL) lost nearly 10 percent on Monday after the company reported a weak set of numbers for the March quarter FY20. BHEL posted a net loss of Rs 1,532.18 crore in Q4FY20 as compared to a net profit of Rs 676 crore in Q4FY19.

The company fell as much as 9.5 percent to Rs 28.45 on BSE. At 11:35 am, the stock was trading 6 percent lower at 29.55 as compared to a 2.2 percent or 745 points fall in BSE Sensex at 33,016.
In Q4, the company reported consolidated net sales of Rs 5049.81 crore down nearly 50 percent from the year-ago quarter.
The company said that manufacturing facilities and site executions were inoperative from March 23 to 31 which along with the COVID-19 impact globally (before the lockdown in India) impacted the revenues.
For the full fiscal 2019-20, the company suffered a consolidated net loss of Rs 1,468.35 crore. It had posted a consolidated net profit of Rs 1,002.42 crore in 2018-19.
Brokerages also retained caution on the stock post the earnings. Global brokerage Jefferies had an underperform call on the stock but raised its target to Rs 20 per share from Rs 18 earlier. As per the brokerage, the company will generate sub-10 percent RoE in the medium term and elevated capital working requirements are likely to sustain.
Meanwhile, ICICI Securities downgraded the stock to 'Reduce' from 'Hold' but increased its target price to Rs 27 from Rs 24. BHEL's overall execution was weak in Q4FY20 due to lockdown, said ICICI Securities adding that it expects execution weakness to continue in the near to medium term. It also cut its earnings estimates by 59 percent and 6.5 percent for FY21E and FY22E respectively.
Check out our in-depth Market Coverage, Business News & get real-time Stock Market Updates on CNBC-TV18. Also, Watch our channels CNBC-TV18, CNBC Awaaz and CNBC Bajar Live on-the-go!