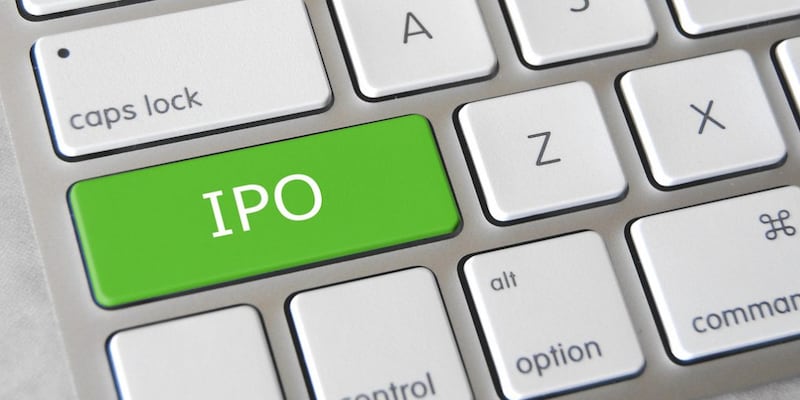 A string of successful tech IPOs on India’s stock exchanges will be a clear signal to the global investment community that India is a rapidly evolving market worthy of placing one’s confidence in.

Grocery shopping, responding to work emails, catching up with friends and reading the news — we live in a world where, for all of these activities and more, we turn to our smartphones. Technology has been touted as the game-changer for human civilisation ever since the industrial revolution. But it is only in the last couple of decades that we have seen just how much technology has changed our day-to-day lives.

It is only logical that global industry is riding the technology wave, with some of the largest multinational corporations today being tech giants and many of the buzzing startups focusing on tech-based innovations and solutions. At the moment there is no place better than India where one can find the most tangible evidence of this wave, in the form of a tech IPO boom that boasts of an impressive line-up of stock market listings that already seem to be generating significant interest among investors.
ALSO READ | Explained: Is the euphoria around IPOs fading?
It all began with Zomato which was recently welcomed to the bourses by investors with open arms. Over the next 12-18 months, we will see several noteworthy names make their debut on Dalal Street — a few of them being Nykaa, Policybazaar, Delhivery and of course Paytm, for whose IPO our Firm, Khaitan & Co, advised the global co-ordinators and Book Running Lead Managers.
Having been involved in the process of many high-profile IPOs before, I can confidently say that global investor confidence in the Indian tech startup sector has only strengthened over time as more and more unicorns are produced in our ecosystem. Recent data from Venture Intelligence shows that early-stage investors invested around $16 billion in Indian startups this year, creating 16 new unicorns. A large part of this confidence also stems from the fact that Indian start-ups which have turned unicorns have benefitted from their early-stage investments by prioritising corporate governance, creating strong management teams and establishing policies and procedures which is akin to global standards.
Looking ahead, not behind…
One may ask what the renewed buzz is for given that stories of Indian startups drawing large funds from noted global investors have been around for a while now. Well, the key thing to note here is the rush among tech startups to reach the IPO milestone coupled with genuine interest from stock market investors.
The impressive line-up of tech IPOs that we are witnessing today is a testament to the evolution of the Indian markets. Gone are the days when the stock market responded to an IPO solely based on its past performance and profits. We have now ushered in an era of seeing the value and investing in a company’s future.
While concerns about Zomato’s lack of profitability were raised in the run-up to its IPO, the overwhelming response by investors has helped the company’s stock soar since its debut. Two decades ago, this would have been tall ask to make from India’s retail investors and perhaps, would not be considered by startups until the coveted crown of profitability was achieved.
However, to today’s young investor who perhaps regularly uses the services and platforms of these tech startups to order food, compare policies while purchasing insurance, research pre-owned cars, send packages or keep up with the latest beauty trend, the value of these businesses is evident. Startup founders are now much more confident on this front as well, evident in the fact that the blows from the recent second wave of the pandemic did not dampen their listing goals.
What this means for India’s startup ecosystem
As investors gradually shift their focus away from Chinese tech startups, India is uniquely positioned to make the most of this crucial shift. Reports have pegged India’s smartphone penetration to be well below 50 percent and close to half of China’s figure. Moreover, demographic factors work in India’s favour as well with a large population that can be classified as “working age”.
A string of successful tech IPOs on India’s stock exchanges will be a clear signal to the global investment community that India is a rapidly evolving market worthy of placing one’s confidence in.
In a few years, we may see many more such tech IPOs here. Perhaps we will also see some of the top companies going on to launch successful IPOs in the US stock exchanges as well. Towards this, 22 Indian start-ups and investors wrote to the Prime Minister, urging the Indian government to allow direct overseas listing of companies based in India. Whilst steps were taken by the Indian Government towards this in the past, it has been on the backburner lately.
Moreover, younger startups inspired to reach the IPO milestone will likely focus on publicly sharing more concrete data in an attempt to educate the investors and showcase their value, bringing in better transparency in this space.
One thing is for certain, with the rollout of 5G just around the corner and rapid growth in smartphone and e-commerce penetration, the tech startups space is bound to be buzzing with activity for a significant period.
Things to watch out for next…
A gold rush of sorts in the tech startup space here may draw increased scrutiny from the regulators. Therefore, one must keep an eye out for any tweaks in regulations or compliance requirements that may surface in the coming months.
Meanwhile, all eyes will be on India’s implementation of its new data privacy and protection laws and its new consumer protection rules which seek to bring e-commerce under the law’s ambit. The government will surely strive to achieve a fine balance between the need for appropriate regulation of this space and improving the ease of doing business in this space. Also, renewed interest to finalise the legal framework for overseas listing is something to watch out for.
As things stand now, the future of India’s new economy looks very bright indeed.
—Haigreve Khaitan is Senior Partner at Khaitan & Co, one of India’s largest and leading full-service law firms. He has advised top global businesses and business leaders on a variety of corporate matters and worked on some of the largest M&A deals in India. The views expressed in this article are personal.
Read his other columns
(Edited by : Ajay Vaishnav)
Check out our in-depth Market Coverage, Business News & get real-time Stock Market Updates on CNBC-TV18. Also, Watch our channels CNBC-TV18, CNBC Awaaz and CNBC Bajar Live on-the-go!