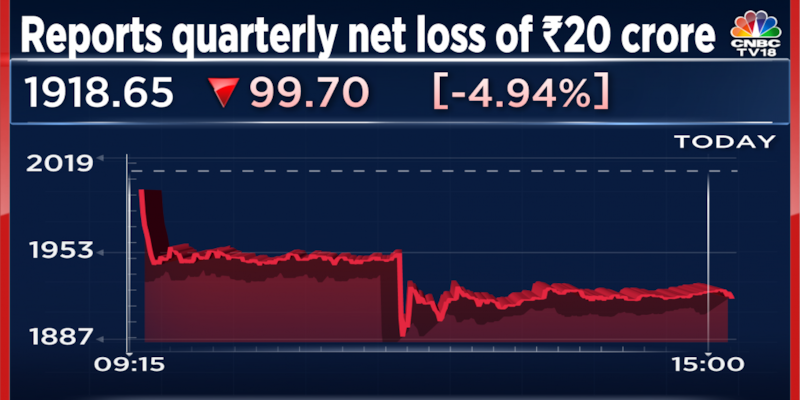 Shares of Venky's India are down nearly 30 percent this year.

Shares of Venky's India fell as much as 5 percent in trade on Wednesday after the poultry player reported a net loss of Rs 20 crore during the September quarter.
The company had reported a net profit of Rs 30.7 crore during the same period last year.
Revenue for the quarter-under-review also declined to Rs 95 crore from Rs 98 crore last year.
The company attributed the weakness to lower realisations from the sale of day-old chicks of layer and broiler grown up birds.
Venky's oilseed business, which contributes to more than half of the overall topline also underperformed during the quarter due to lower off-take from poultry farmers and a substantial jump in energy prices.
Revenue from the oilseed business declined 6 percent during the September quarter.

Operating profit declined over 40 percent while margin fell to 10.3 percent from 17.1 percent during the same period last year.

Shares of Venky's are trading 4.7 percent lower at Rs 1,924. The stock is down nearly 30 percent for the year so far.
Check out our in-depth Market Coverage, Business News & get real-time Stock Market Updates on CNBC-TV18. Also, Watch our channels CNBC-TV18, CNBC Awaaz and CNBC Bajar Live on-the-go!