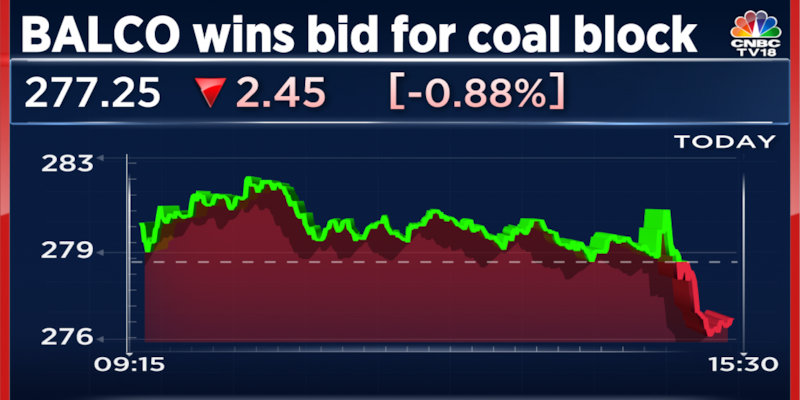 The Barra coal block is estimated to have over 900 million tonnes of reserves.

Bharat Aluminum Company Limited (BALCO), a subsidiary of Vedanta, has won the bid for the Barra coal block in Raigarh district of Chhattisgarh.

BALCO's parent Vedanta Ltd. said that the subsidiary won the block bid under Tranche IV of the commercial coal block auction conducted by the Coal Ministry.
The e-auction for five coal blocks including Chhattisgarh’s Barra coal block was conducted in June this year.

The Barra coal block is estimated to have over 900 million tonnes of reserves.

Vedanta believes that once the mine is operational, it will provide fuel security, improve power availability and strengthen BALCO's operational performance.

Balco was established as the country's first public sector undertaking in 1965. Sterlite Industries Limited, a subsidiary of Vedanta Ltd., acquired 51 percent stake in Balco in 2001 and the remaining 49 percent is with the Central Government.