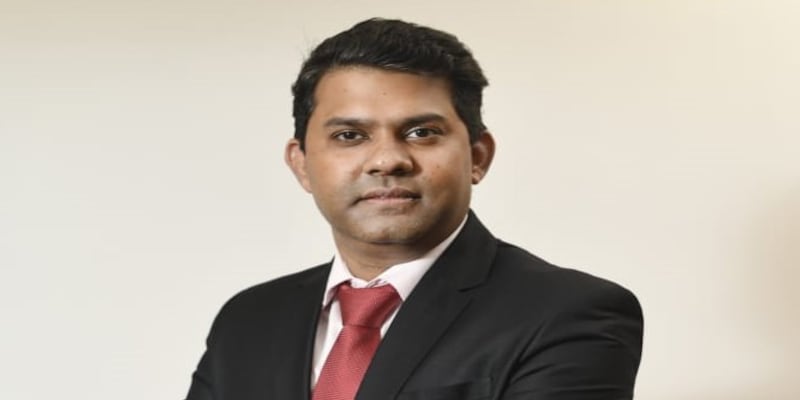 The retail broking business will continue to grow in the near term given the investors' interest since the beginning of this year, said Prakarsh Gagdani, CEO at 5paisa Capital. He feels that liquidity in the market and the upcoming IPOs (initial public offerings) will bring higher profits for the company and also drive retail investors' interest further.

The retail broking business will continue to grow in the near term given investors' interest since the beginning of this year, said Prakarsh Gagdani, CEO at 5paisa Capital. According to him, liquidity in the market and the upcoming IPOs (initial public offerings) will bring higher profits for the company and also drive retail investors' interest further.

"Client additions are increasing every month. We started the year by acquiring about 20,000-25,000 new accounts, and now the number has reached 60,000. Overall, our client base in June was around 7.5 lakh," Gagdani told CNBCTV18.com.
In its June quarter earnings, the discount broker reported net profit at Rs 2.8 crore as against a loss of Rs 52 lakh in the same period last year. Improving trading activity and a surge in client acquisitions were the primary reasons behind the growth, said the company.
Here are the excerpts from the interview:
Q. Tell us the primary reason behind a strong June quarter
A: We saw this growth coming because we were conscious on our overall spending, customer acquisition and revenue generation. A quarter earlier, we delivered an EBITDA loss but this time it came positive due to revenue growth and working capital. High trading activity and a surge in client acquisitions helped us in profit-making.
Q: How was the trading activity in the beginning of this year (Jan-Mar)? Also, describe investor behaviour during this period
A: The retail activity started picking up in the month of March after the mega IPO- SBI Cards and Payments. Strangely enough, this activity continued to grow despite the market going downhill.
In March, we almost doubled the customer numbers, about 80 percent growth overnight. The majority of the customers were actively trading during this time, and the trend continued until June. After the market began to recover, the retail participation drove further rally. Normally, markets are driven by retail participation, but this time it was the other way round.
Q: Apart from IPO, what could be the other reason behind such a big surge in the client addition?
A: I feel that after the nationwide lockdown was announced, people had enough time to save and track markets. People who had capital, grabbed the opportunity given the prices and the market were down. However, the main trigger was SBI Cards IPO, which followed the investors' interest and saw retail participation.
Q: With big upcoming IPOs like UTI AMC, would you say the broking business would see a stronger future growth?
A: Definitely. In fact, the client additions are scaling up every month. Rossari Biotech came after four months of IPO lull and got listed at a premium, which stands as a great indicator for the upcoming IPOs. Yes Bank FPO also received a good subscription. I think there's enough liquidity in the market and the retail investors are looking to make profits, and with the upcoming IPO trail, there's no reason for the investors to not subscribe to the new entrants in the equity market. Seeing this, we are highly optimistic about our business revenue and future growth.
Q: How many clients did you add in the last 6 months?
A: We started the year by acquiring about 20,000-25,000 new accounts every month. Post March, the number rose to 50,000 new accounts followed by 60,000 next month. Overall, our clients’ base in June was around 7.5 lakh.
Q: Which sector received the most traction from the retail investors in the past few months?
A: We saw heavy investment in the largecaps, especially sectors like auto, agriculture, and BFSI. Pharma stocks witnessed massive investments.
Q: What is the future of the broking industry in the near term?
A: We are optimistic about the retail broking business for the next 6 months. The liquidity will drive most investors towards the capital market. I also feel that this time the word of mouth will play a vital role given that the first-time investors have also approached the markets.
Q: What is your view on the Securities and Exchange Board of India's (Sebi) regulation on the upfront margin in the cash market?
A: First, I think that the regulation will cause temporary disruption and also consolidate the industry. I feel the latter is important because there are about 200-300 small brokers spread in the industry. With SEBI's regulation, they all be consolidated.
Second, the upfront margin implemented from December will have an impact on the volumes but this will impact the full-service brokers more, as they are charging on the trading volumes. We charge on the order. As a result, from a revenue perspective, I don’t see that as a problem. In fact, the leverage will be reduced so that the market will be less risky. Also, investors' speculation on the markets will change for the greater good.
Q: What is the new product in line for your clients?
A: We have just launched a peer-to-peer lending platform, where customers can lend money to borrowers and we provide a platform to do that. We are currently very optimistic about it.
Check out our in-depth Market Coverage, Business News & get real-time Stock Market Updates on CNBC-TV18. Also, Watch our channels CNBC-TV18, CNBC Awaaz and CNBC Bajar Live on-the-go!