Updated : May 21, 2018 03:40 PM IST
UltraTech Cement stock is currently the top Nifty gainer while Century Textile is losing more than 5% in trade post the deal.
UltraTech Cements said it will merge the cement business of Century Textiles and Industries Limited with its own, having an enterprise value of Rs 8,600 crore.
UltraTech will get 11.2 million tonne of integrated cement worth $ 106 per tonne and 2 million tonne of grinding capacity valued at $ 40 per tonne of Century’s cement business.

UltraTech Cement stock closed slightly lower in trade by 17 basis points and remained after it announced that it was looking to merge its business with Century Textiles (CTIL). 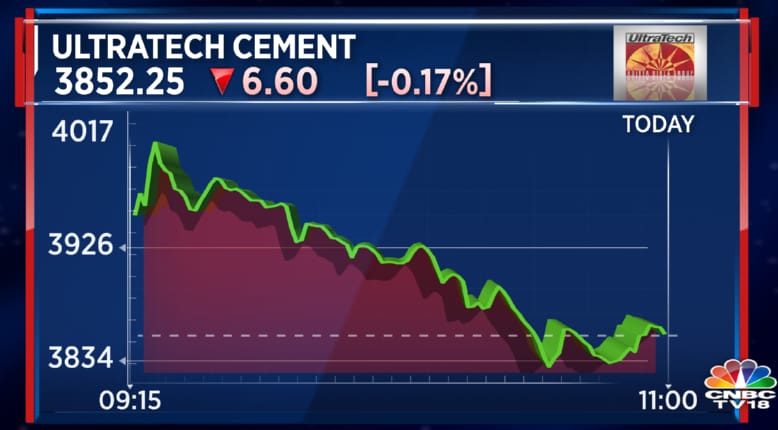 The stock lost more than 7%, 7.16%, in the opening trade on Tuesday after the announcement was made. UltraTech Cements, one of the leading cement manufacturers in the country, on Sunday said that it will merge the cement business of Century Textiles and Industries Limited with its own, having an enterprise value of Rs 8,600 crore.

The deal value will also include Rs 3,000 crore worth of debt, the companies said, adding that the shareholders will get one share of the resulting company for every eight shares held in Century's, after the merger.

“Some of the cement plants of CTIL are old and require significant capex to modernise and enhance product quality. Besides, it would also require high maintenance capex for its upkeep,” Century said in a press release.

Additional mines have been acquired under auction for which land is required at an additional cost of about Rs 150 crore, which is now to be paid by UltraTech.
Tags Century Textiles Market Stocks UltraTech Cement