Indian shares ended around 2 percent lower on Friday, dragged by financials and IT heavyweights, with weak global cues dampening investor sentiment. The benchmark BSE Sensex closed down 1.89 percent at 35,742.07 and fell 0.6 percent this week. The broader NSE Nifty ended 1.81 percent lower at 10,754, shedding 0.48 percent in the week. Here's a list of top 5 gainers and losers from the NSE Nifty50: HPCL: The downstream company's shares gained 10 percent this week as crude oil prices softened. It quoted at Rs 250.10, surging 2.31 percent at close on Friday. It was one of the five stocks that gained on Nifty.

Tata Motors: The Tata Group auto stock rose 5.6 percent this week as the company mulls cost-cutting measures. It quoted at Rs 175.50, down by more than half a percent. Zee Entertainment: Shares dipped 8.5 percent this week as Bank of America Merrill Lynch revised price target and rating. Shares ended at Rs 446.05, down by 3.44 percent at the close.

Infosys: The IT stock dipped 8.5 percent this week as rupee strengthened against the US dollar. A stronger USD impacts software export earnings of IT firms like Infosys, TCS and others. Shares settled at Rs 646.55, lower by 3.07 percent.

Bharti Airtel: The telco's shares slipped 3.6 percent and also ended lower by 2.86 percent at the close, settling at Rs 307.50. 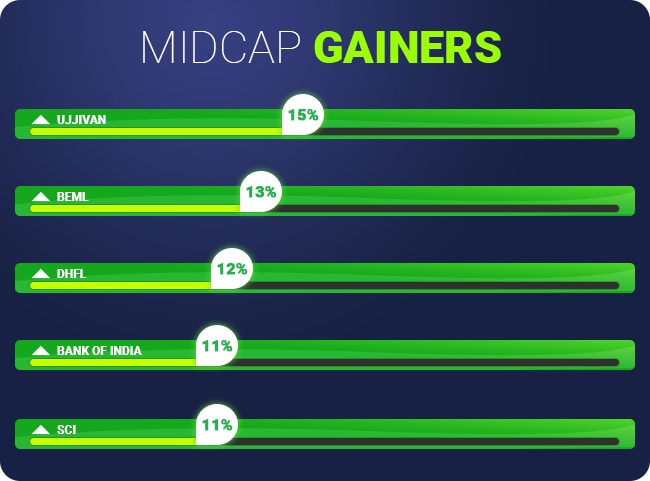 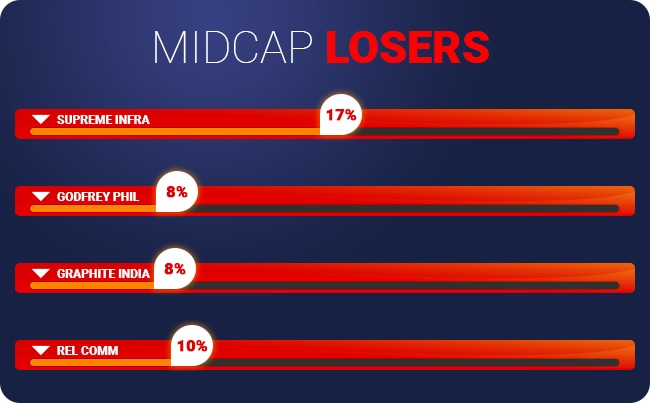