Top stocks that trended in the market on August 3

Top stocks that trended in the market on August 3 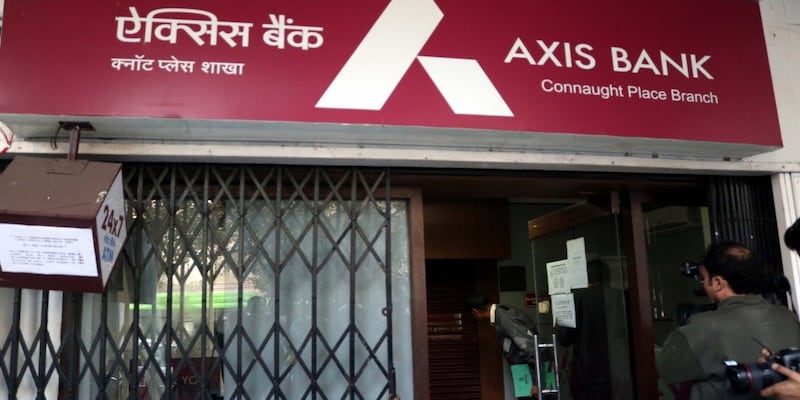 Top stocks that trended in the market on August 3.

Market recovered from their losses on Thursday, and ended sharply higher on Friday, led by buying in shares of both public and private sector banks. Tata Consultancy Services (TCS) also supported the rally.

For the week, the Nifty 50 index ended 0.7 percent higher. The 50-share broader index settled at 11,360.80 points, up 116.10 points or one percent. The BSE Sensex settled at 37,556.16 points, up 391 points or one percent.
Here's a list of stocks that trended in the markets today:
Jet Airways: Shares of the aviation firm ended seven percent lower after reports of impending cost-cutting measures to keep the airline afloat. The scrip closed at Rs 308, losing Rs 23.20 in value on the BSE.
Axis Bank: Shares of the private sector lender jumped 5.17 percent to end at Rs 574.35 on the BSE. CNBC-TV18 sources say that Amitabh Chaudhry of HDFC Life is the frontrunner for the role of Axis Bank chief executive officer.  Intra-day, it touched a high of Rs 578.25 and a low of Rs 546.
Indiabulls Housing Finance: Shares of the non-banking mortgage lender gained the most on the NSE settling at Rs 1,379, gaining 81..05 in value, or up by 6.24 percent. It ranged between Rs 1,385 and Rs 1,334.25.
Manpasand Beverages: Shares of Manpasand Beverages closed five percent higher post strong Q1FY19 results. It closed at Rs 139.35, rising by 4.97 percent, or Rs 6.60 in value on the BSE.
RCom: Shares of Reliance Communications ended at Rs 15.69, or higher by 5.73 percent on the BSE. The telecom company's shares hit an over-one-month high of Rs 17 after the Supreme Court allowed it to sell its telecom towers and wireless assets to Reliance Jio Infocomm.
PVR: Shares of PVR surged over nine percent in intra-day trade as the company is set to get Rs 410 crore from Paytm and Bookmyshow, after renewing pact with the ticketing partners for three more years. PVR shares settled at Rs 1,179.10, adding Rs 74.80 in value, or by 6.77 percent on the BSE.
Kotak Mahindra Bank: The private sector bank's share surged over two percent to end at Rs 1,309.20, adding Rs 28.20 in value after it issued Rs 100 crore non-convertible perpetual non-cumulative preference shares with a face value of Rs five each with a dividend rate of 8.1 percent to raise Rs 500 crore. It will expand the number of shares by about 52 percent. This leads to the promoter group’s percentage of total shares issued declining sharply from 30 percent to just under 20 percent. Read more
ONGC: Shares of the state-owned oil and gas major hit an over one-month high of Rs 171 in heavy volumes post Q1FY19 results. It settled at Rs 166.80, higher by 0.48 percent.
VIP: Shares ended at Rs 529.35, surging by 8.13 percent, adding Rs 39.80 to the stock after the company reported a 55 percent year-on-year jump in consolidated net profit to Rs 63.3 crore. It earlier touched 52-week high of Rs 538, jumping over 10 percent.
Kaya: Shares of Kaya added 9 percent intraday as company minimised its losses in the quarter ended June 2018. It settled at Rs 983.60, higher by 7.22 percent or Rs 66.20 on the BSE.
Check out our in-depth Market Coverage, Business News & get real-time Stock Market Updates on CNBC-TV18. Also, Watch our channels CNBC-TV18, CNBC Awaaz and CNBC Bajar Live on-the-go!