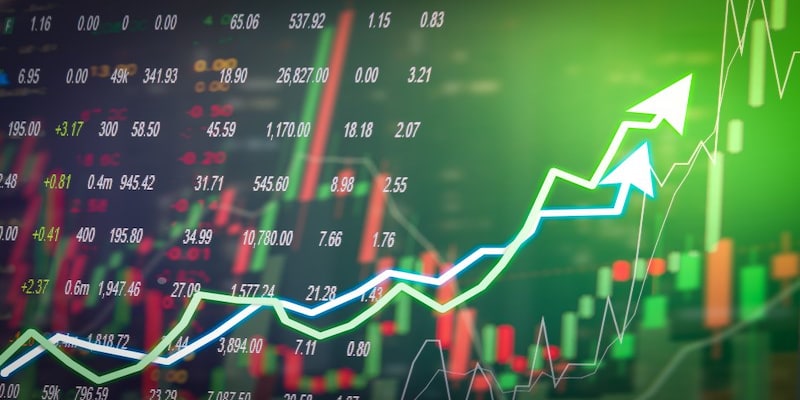 Just this year, the stock has given stellar returns of around 270 percent.

The share price of Magma Fincorp has given phenomenal returns to investors in the last one year with the stock surging over 900 percent to Rs 153 currently from Rs 15 last year. In comparison, the benchmark Sensex has risen 52 percent during this period.

Just this year, the stock has given stellar returns of around 270 percent.
To put it in perspective, an investment of Rs 1 lakh in the firm a year ago, would have turned into Rs 10.21 lakh today.
Magma Fincorp is a publicly held non-banking finance company engaged in providing finance for housing business through its pan India branch network. It provides equipment and vehicle financing solutions to individuals and small businesses in India.
The company has outperformed its peers in the last one year. Bajaj Finance and Shriram Transport have jumped around 130 percent during the period. Bajaj Finserv is up 100 percent and Muthoot Finance has gained over 60 percent in the last one year.
The recent surge in the stock came after Adar Poonawalla-owned Rising Sun Holding proposed to acquire a controlling stake in Magma Fincorp for Rs 3,450 crore in the month of February. The stock surged 161 percent during that month.
Magma Fincorp said its board approved and executed binding terms of an agreement between Rising Sun Holdings, and Mayank Poddar and Sanjay Chamria whereby the Adar Poonawalla-led Rising Sun Holdings Private Limited would acquire 60 percent stake in the company through a preferential allotment. RSHPL will acquire 45.80 crore shares of Magma Fincorp at Rs 70 per share.
Once the acquisition is complete, Magma Fincorp and its subsidiaries are also proposed to be renamed and rebranded under the brand name “Poonawalla Finance”, and the existing financial services business of Poonawalla Finance is proposed to be consolidated into Magma Fincorp.
In June, the firm announced a new management structure for Magma Fincorp. The board of Magma appointed Adar Poonawalla as the Chairman while Abhay Bhutada, who is the Chief Executive of the Poonawala Finance, will be the Managing Director. Vijay Deshwal, a seasoned banker with a track record of over two decades, will take over as the Chief Executive, it said.
However, the March quarter was not very pleasant for the firm. In Q4 its net loss widened to Rs 647.72 crore against a loss of Rs 35.51 crore in the corresponding period of the previous fiscal. Sales also fell 6.14 percent to Rs 572.84 crore in Q4 against Rs 610.32 crore in the same period of the previous fiscal.
For the full financial year FY21, the firm reported a loss of Rs 558.96 crore against Rs 27.05 crore profit for FY20.
Check out our in-depth Market Coverage, Business News & get real-time Stock Market Updates on CNBC-TV18. Also, Watch our channels CNBC-TV18, CNBC Awaaz and CNBC Bajar Live on-the-go!