Tata Motors has eroded over 50 percent of investors' wealth in the last 1 year on the back of plummeting sales of JLR, downgrade by credit rating agencies and poor earnings performance. 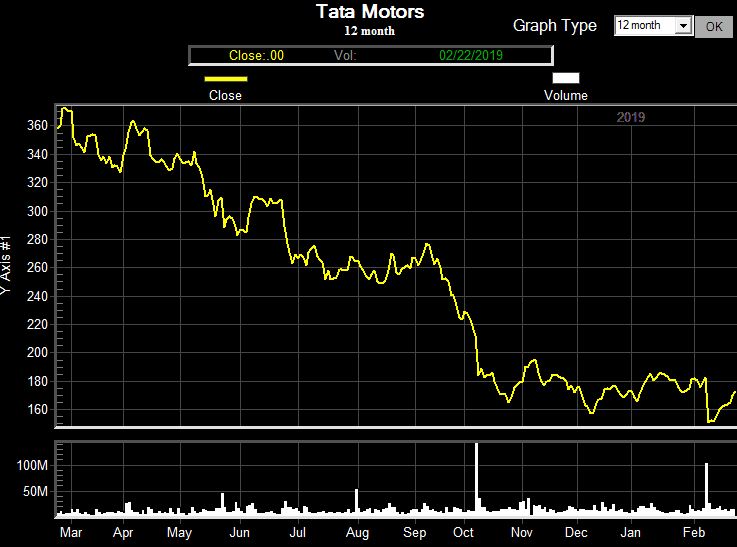 The December quarter has been weak for the entire auto sector. Tata Motors in its Q3FY19 reported a consolidated quarterly loss of Rs 26,961 crore, the biggest ever in its history. The major reasons behind the quarterly loss were weak sales in China and de-stocking of Jaguar Land Rover (JLR).

The automaker, post earnings,  said its performance was impacted by challenging market conditions, particularly in China and inventory corrections.

Though most analysts see no near-term trigger for the stock, they say crude prices, Brexit, trade wars might continue to affect margins of the automaker. The company should now focus on cutting costs to improve profitability in JLR, the analysts add.