These three midcap stocks are available at attractive valuations

Updated : May 01, 2019 12:07 PM IST
There are a few midcap stocks that are currently available at attractive valuations and have not plunged more than 30 percent in one year.
Sterlite Technologies, Sun TV and Natco Pharma are the three midcap stocks that will grow at a rapid pace given their cheap valuations, according to Value Research.

At present, the markets are trading near their all-time high. In last one year, Sensex and Nifty 50 have risen about 10 percent. But the midcap sector has remained worrisome as it has fallen 18 percent on average. However, there are a few midcap stocks that are currently available at attractive valuations and have not plunged more than 30 percent in one year.

Sterlite Technologies, Sun TV and Natco Pharma are the three midcap stocks that will grow at a rapid pace given their cheap valuations, according to Value Research.

Sterlite Technologies: The data solutions network company reported another year of solid financial performance. Its net profits were up 68 percent YoY and EBITDA (Earnings Before Interest Tax Depreciation and Amortisation) was up 48 percent in the quarter ended March 2019. Its order book has reached its all-time high at Rs 10,516 crore which is 2.1 times larger than its annual revenue.

The company’s optical fibre capacity has increased to 50 million fibre km (fkm) this year from 30 million fkm a year ago period. Currently, Sterlite is strengthening its position in Europe and is also planning to expand its Aurangabad facility by doubling the fibre cable capacity to 33 million fkm by June 2020.

However, the company is facing some headwinds in China and its contract prices have almost halved from around $15 per fkm to around $7-8, said Value Research, adding that this has led to a downward revision in operating margin projections by the company.

According to ValueResearch, the company's five-year average RoE (return on equity) stands at more than 27 percent and at present, it is trading at a P/E (price-to-earnigs) ratio of 16x after witnessing a fall of over 42 percent in the last one year. Natco Pharma: The midcap pharma company was established in 2003 with the motive to sell cancer drugs at an affordable price. Natco has created a niche for itself by focusing only on complex drugs.

"In the US, its strategy is to launch one big drug every two years and enjoy the exclusivity period before other players enter the market. It receives major revenue from the US and Indian markets. However, in Q3FY19, the company reported bad earnings due to margin reduction of Oseltamivir in the US market," Value Research said.

Lower-than-expected sales of Tamiflu and Copaxone drugs impacted the stock price negatively. Since then, Natco is planning to enter Brazil, Canada and China which will reduce its dependency on the US and India, said ValueResearch. 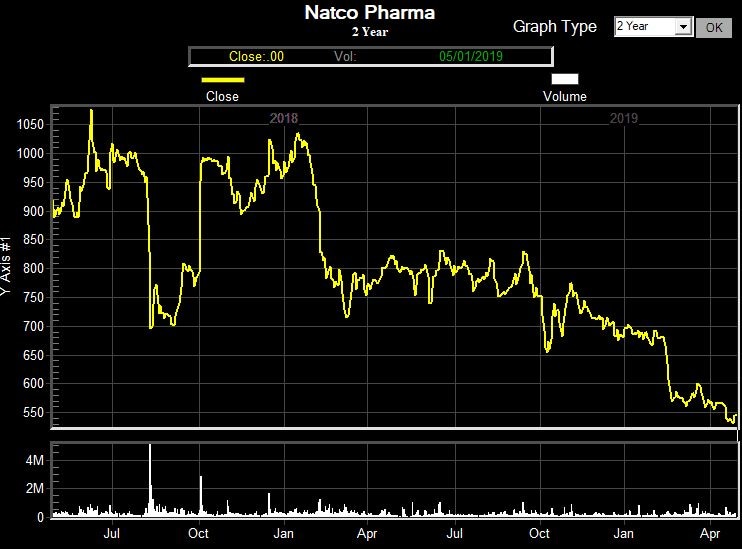 The research house also said that over the last 10 years, Natco Pharma has compounded its investors' wealth at a rate of 45 percent- even though its stock has corrected by more than 35 percent in last one year.

Sun TV Network: The largest TV network in South India is Value Research's top midcap bet. The company owns the largest network of FM radio stations, comprising 55 stations and an IPL franchisee 'Sunrisers Hyderabad.' In FY18, it derived 90 percent of its revenues from advertising and subscriptions.

"The stock has come under pressure after it viewership started to decline in key markets. This is also because of the new OTT platform (over-the-top) which has grabbed half of the market share from TV channels. Seeing this new change, SUN TV launched its own digital platform, ‘Sun Nxt’ which has failed to gain viewership and market share", said Value Research.

The research house believes that Sun's stock price has corrected by more than 30 percent over the last one year, even though the company has witnessed revenue and profitability growth of around 28 and 35 percent, respectively.