Should you buy, sell or hold Tech Mahindra shares after Q3 results?

Should you buy, sell or hold Tech Mahindra shares after Q3 results? 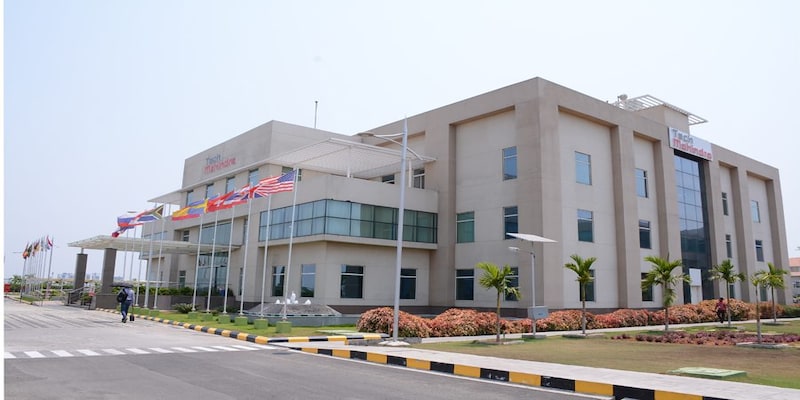 Tech Mahindra shares were in focus on Wednesday, a day after the IT company reported its quarterly financial results. On BSE, the Tech Mahindra stock fell as much as 4.2 percent to Rs 1,444 during the session.

Tech Mahindra shares finished the day at Rs 1,482.8 apiece, down 1.6 percent from their previous close.
After the market hours on Tuesday, Tech Mahindra posted a 2.2 percent quarter-on-quarter increase in net profit to Rs 1,368.5 crore for the October-December period. Its quarterly revenue, however, increased 5.2 percent sequentially to Rs 11,451 crore.
Analysts in a CNBC-TV18 poll had predicted the IT major to report a quarterly profit of Rs 1,464 crore and revenue of Rs 11,466 crore.
Should you buy, sell or hold Tech Mahindra shares now? Here's what brokerages say:
UBS
The brokerage maintained its 'sell' rating on Tech Mahindra with a target price of Rs 1,260.
The IT company's Q3 revenue was in line but the margin was below estimates, and its slower hiring is likely to cause concern, according to UBS.
Morgan Stanley
The brokerage maintained its 'overweight' rating on the stock with a target price of Rs 2,100.
The company's Q3 revenue was in line but margin as well as earnings per share (EPS) were slightly below estimates, according to Morgan Stanley.
Nomura
The brokerage retained a 'buy' call on the stock with a target price of Rs 2,200.
The IT company's revenue growth was better than expected but near-term supply challenges weighed on its margin, according to Nomura.
The brokerage said Tech Mahindra's deal wins set the stage for strong growth in FY23.
Also, catch live updates from the stock market with CNBCTV18.com's blog
(Edited by : Sandeep Singh)
Check out our in-depth Market Coverage, Business News & get real-time Stock Market Updates on CNBC-TV18. Also, Watch our channels CNBC-TV18, CNBC Awaaz and CNBC Bajar Live on-the-go!