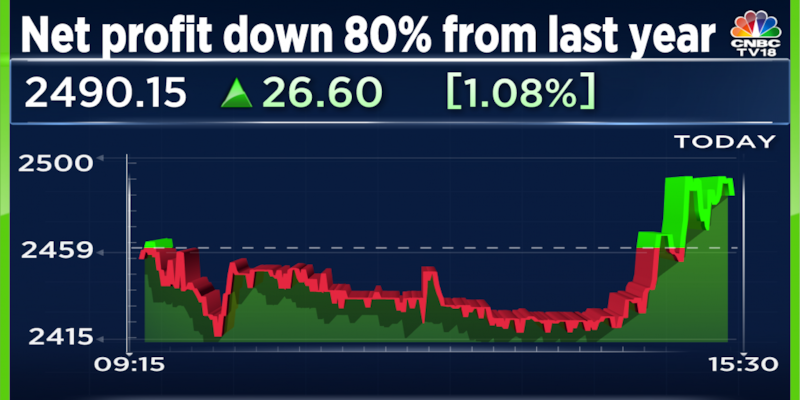 Tatva Chintan Pharma's net profit dropped nearly 80 percent to Rs 7.1 crore in the September quarter due to an increase in costs of power and fuel, packing, and employee costs.
Overall revenue declined 27 percent from last year to Rs 90.1 crore.
The company's operating profit or EBITDA declined nearly 70 percent from last year to Rs 11.2 crore. The EBITDA also includes a forex loss of Rs 3.18 crore due to market-to-market losses in forward contracts owing to a weak currency.
Mark-to-market losses occur when an asset is purchased at a certain price and then the price of that asset falls in the market. As a result, the asset needs to be marked-down to the new market price, resulting in an unrealised loss.
EBITDA margin for the quarter declined nearly 16 percentage points to 12.4 percent from nearly 29 percent during the same period last year.
The company's Structure Directing Agents (SDA) business, which contributes to more than half of the overall topline, was affected due to the lockdowns in China and contributed only 9 percent to the company's operating revenue.
The management also said that the expansion of its Dahej SEZ plant is currently underway. Out of its IPO proceeds of Rs 207 crore, Rs 50 crore were utilized during the quarter, taking the total used sum to Rs 133.9 crore during the quarter.
Shares of Tatva Chintan Pharma ended 1.4 percent higher on Friday at Rs 2,498. The stock went public last year and is up only 10 percent from its listing price.
Check out our in-depth Market Coverage, Business News & get real-time Stock Market Updates on CNBC-TV18. Also, Watch our channels CNBC-TV18, CNBC Awaaz and CNBC Bajar Live on-the-go!