TCS shares: Should you hold, sell or buy after second quarter earnings?

TCS shares: Should you hold, sell or buy after second quarter earnings? 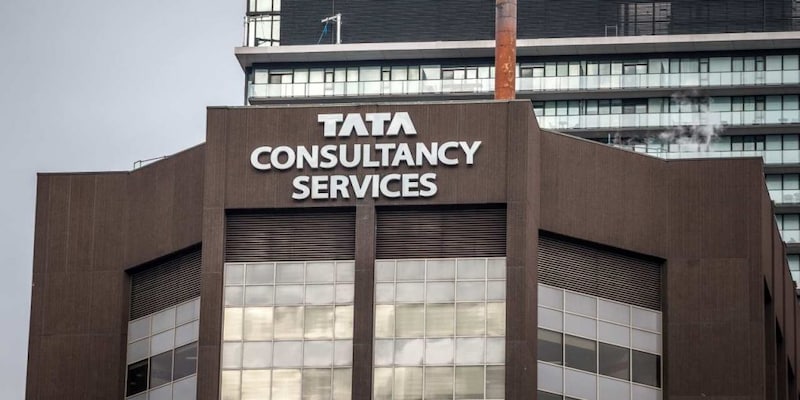 The IT giant from the Tata Group had after market hours on Friday reported a net profit of Rs 9,624 crore and revenue of Rs 46,867 crore for the quarter ended September 30. Tata Consultancy Services' earnings fell short of Street expectations.
Analysts in a CNBC-TV18 poll had predicted the company to report a quarterly profit of Rs 9,731 crore over revenue of Rs 47,466 crore.
In dollar terms, revenue stood at $6,333 million in Q2 — up 2.9 percent sequentially.
Revenue from the banking, financial services and insurance (BFSI) segment grew 1.6 percent QoQ to Rs 18,445 crore. Revenue from manufacturing increased 3.2 percent to Rs 4,538 crore, according to a regulatory filing.
ALSO READ
: TCS net profit up 6.8% QoQ at Rs 9,624 crore, misses Street estimates
All verticals registered a growth of more than 15 percent, TCS said.
ALSO READ: TCS adds 19,690 employees in Q2, says attrition at 11.9% lowest in industry
Catch highlights of the Oct 11 session here
Here's what brokerages say on TCS:
Jefferies
The brokerage has a 'hold' rating on the stock with a target price of Rs 3,950. There is a lack of positive surprises in the company's Q2 numbers and limited scope for a rerating. The company has managed the margin well despite supply pressure.
Macquarie
The brokerage has an 'outperform' call on the stock with a target price of Rs 4,530. The IT company's Q2 results marginally missed estimates due to a lower margin on supply-side issues. TCS is well-positioned to capture demand strength, said Macquarie, which has lowered its FY22 EPS estimate on the company by three percent.
Kotak Institutional Equities
The brokerage has an 'add' rating on the stock with a target price of Rs 4,100. Kotak Institutional Equities cut its FY22-24 EPS estimates on TCS by 3-4 percent and the target price by three percent. The company's Q2 revenue missed estimates due to surprising moderation in growth in Continental Europe, it said. Its EBIT margin was steady and consistent with the brokerage's expectations. TCS is better positioned than its peers to manage margin headwinds, Kotak said.
CLSA
The brokerage has an 'outperform' rating on the stock with a target price of Rs 4,050. The Q2 numbers were a tad below estimates on both revenue growth and margin fronds. The brokerage cut its FY22-FY23 EPS estimates by one percent citing a modest order book and a weak near-term margin outlook, it said.
UBS
The brokerage has a 'neutral' rating on the stock with a target price of Rs 4,180. The stock is expected to consolidate with a slight downward bias. The rest of the earnings season should provide more clues, UBS added.
Goldman Sachs
The brokerage has a 'buy' rating on TCS with a target price of Rs 4,657. The company's Q2 performance was below estimates on revenue, margin and order book fronts. Goldman Sachs cut its EPS estimates for TCS by 1-2 percent over FY22-26.
(Edited by : Ajay Vaishnav)
Check out our in-depth Market Coverage, Business News & get real-time Stock Market Updates on CNBC-TV18. Also, Watch our channels CNBC-TV18, CNBC Awaaz and CNBC Bajar Live on-the-go!