Sudarshan Chemical shares fall to a 52-week low, down 40% from yearly high

Sudarshan Chemical shares fall to a 52-week low, down 40% from yearly high 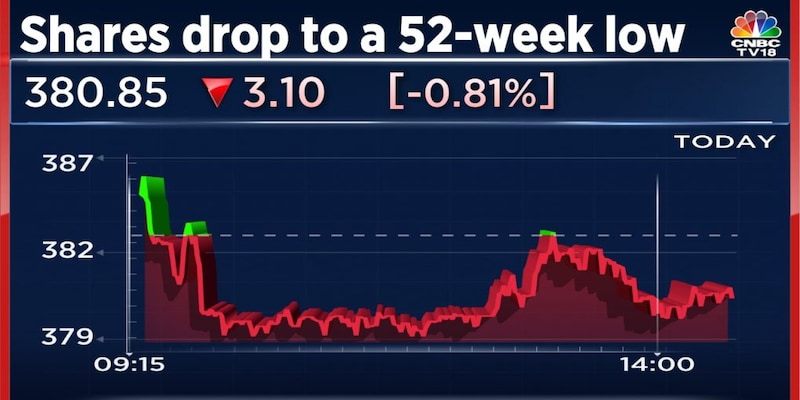 Shares of Sudarshan Chemical Industries fell to a 52-week low on Friday, dropping to an intraday low of Rs 379.05.

Shares have declined nearly 33 percent this year and are down 40 percent from their previous 52-week high. The stock had scaled a 52-week high of Rs 640 in February this year.

Sudarshan Chemical Industries is engaged in organic, inorganic, and effect pigments and dispersions. The company has two manufacturing plants at Mahad and Roha in Maharashtra. The promoters hold a 35.82 percent stake in the company while retail investors and others hold 58.15 percent.

The company in July had raised Rs 99 crore through the issue of 990 unsecured, rated, listed, and redeemable non-convertible debentures worth Rs 10 lakh each. The proceeds from the same have been used for the repayment of working capital debt and payment of operating liabilities or creditors.

Shares of Sudarshan Chemicals are trading 0.8 percent lower at Rs 380.75.