- Except IDFC First, All Nifty Bank Constituents Close In The Green

Indian shares ended higher on Monday after a volatile session led mainly by banking stocks as ICICI Bank and IndusInd Bank surged post their September quarter earnings. However, major selling was witnessed in heavyweight Reliance Industries, IT and auto stocks. The Sensex ended 143 points higher 39,757 while the Nifty rose 27 points to settle at 11,669. Broader markets were mixed for the day with the Nifty Midcap up 0.3 percent and Nifty Smallcap index down 1.7 percent. Among sectors, Nifty Bank surged 4 percent and Nifty Fin Servcies jumped 3.9 percent. However, Nifty IT, Nifty Pharma, Nifty Metal and Nifty Auto ened the day in the red. IndusInd Bank, ICICI Bank, Axis Bank, HDFC, and Bharti Airtel were the top gainers on the Nifty50 index while RIL, Divi's Labs, Eicher Motors, HCL Tech and Tata Steel led the losses.

The debenture holders committee has kick started the process to sell several key subsidiaries of Anil Ambani led Reliance Capital over the weekend. CNBC-TV18 learned that the committee has expressions of interest (EoI) for sale in Reliance Capital companies by December 1st. The lenders have started the process of selling its stake in various of its key subsidiaries in order to recovery dues of almost Rs 20,000 crore. The monetisation process is being run by the committee of debenture holders who alone represent almost 93 percent of the total debt that Reliance Capital has. Bank of Baroda, Axis Bank and other are some of the key bankers that are also involved. To know more, watch the video
Share: 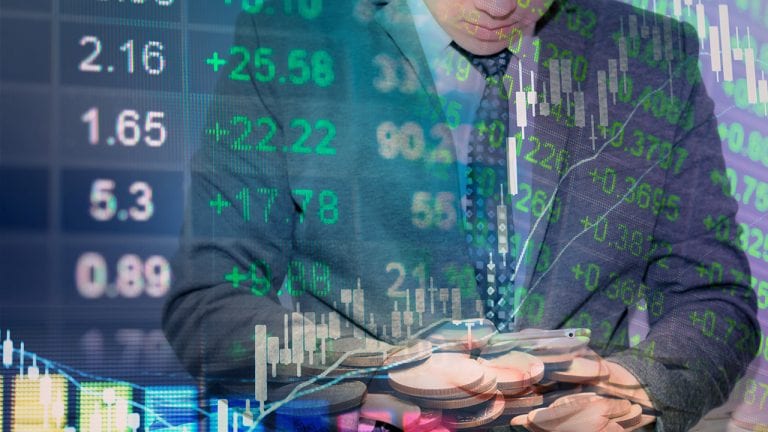 For Samvat 2077, Sharekhan has hand-picked 12 quality stocks to create a portfolio, which is a mix of both large-caps and quality mid-caps. All the 12 companies in the portfolio have all the…

It is time to be slightly cautious on banks, said Dhiraj Agarwal, Co-Head Equities at Ambit Capital in an interview with CNBC-TV18. “A lot of NPL recognitions have been postponed. Also with moratorium as well as banks being allowed to delay the recognition of NPLs, the real picture will come one-two quarters out,” he added. In the auto sector, he is cautious on two-wheelers but more positive on the passenger vehicle (PV) space. More here

Shares of Reliance Industries corrected over 7.5 percent on Monday after the company reported its September quarter results on Friday (October 30). The firm beat street estimates, reporting a strong set of numbers for the September quarter driven by its telecom and retail businesses. Consolidated profit for the September quarter stood at Rs 9,567 crore, up 14 percent against adjusted profit at Rs 8,380 crore in the June quarter. The stock fell as much as 7.6 percent to Rs 1,897 per share, making it the top loser on both the benchmarks. However, the stock has risen over 26 percent on a year-to-date basis as compared to an over 4 percent decline in Sensex and Nifty. More here 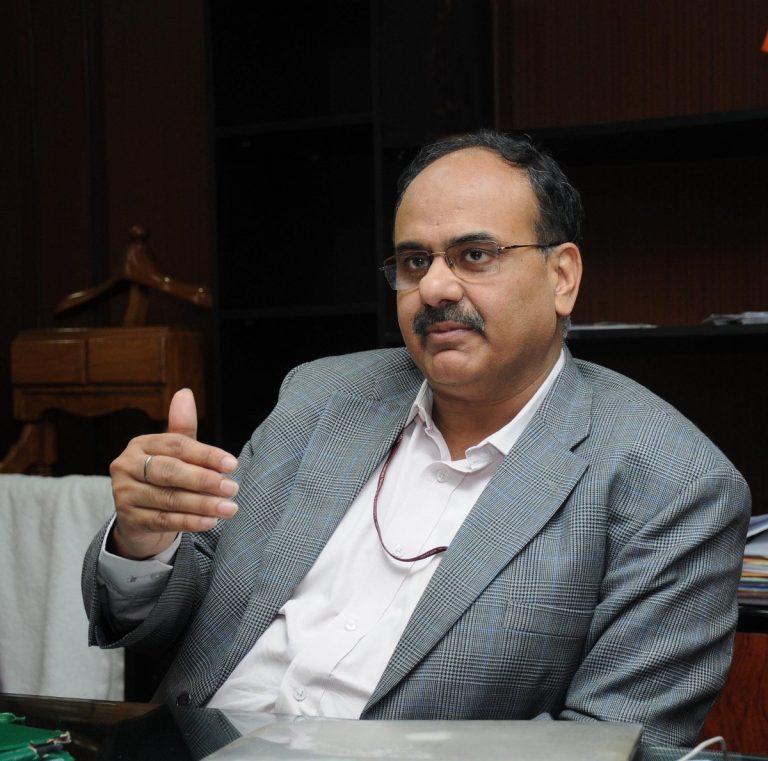 Auction for commercial sale of coal mines kicks off; 5 mines in the fray on day 1

India's first auction of coal mines for commercial sale has begun today (November 2, 2020) for five coal mines. The Adani Group companies are in the fray for 3 coal mines, Aditya Birla group companies eyeing two coal mines along with Vedanta and JSPL bidding for one coal mine each.

The big fight on day one is expected for Radhikapur West coal mine which is situated in Odisha and has geological reserves of 312 million tonnes (MT). The industry sources suggest that aggressive bids are expected between Aditya Birla group led EMIL Mines and Minerals Resources and Vedanta for the Odisha based Radikhapur West coal mine.

Adani Enterprises and Hindalco will also be bidding for the 76 MT Chakla coal mine in Jharkhand in today's auction. People in the know have indicated to CNBC-TV18 that Hindalco, at 14.3 percent for revenue sharing, has bid highest for the Chakla coal mine with a total reserve of 76MT, in Jharkhand. Read more here.

Wockhardt said it has reserved manufacturing capacity to supply multiple vaccines to UK govt in its fight against COVID. Multiple vaccines include ‘AZD1222,’ the vaccine co-invented by Oxford and licensed by Astrazeneca.

In the month of October 20, overall M&M tractor sales grew ~2%. Domestic sales in October 2020 were at 45,588 units, as against 44,646 units during October 2019. Exports for the month stood at 970 units (growth of 23% over last year). M&M continues to witness unprecedented retail demand which is likely to be higher than wholesale numbers on the back of expectations of a higher Kharif output and good cash flow in the market. Auspicious festival days ahead, coupled with mechanization requirements for ongoing Kharif harvesting and impending Rabi sowing season augurs well for the industry.

#2QWithCNBCTV18 | Whirlpool reports an increase of 15% in revenue and more than 100 bps in margin YiY pic.twitter.com/GLgmjemsaK

Technical View | The Nifty broke 11,600 on Friday which made the short term trend bearish. The index could fall further and hit 11,400 as a potential target. 11,700-11,750 is the range of the resistance and any upside can be expected only if we start trading above these levels, says Manish Hathiramani, Proprietary Index Trader and Technical Analyst, Deen Dayal Investments.

India’s manufacturing sector activity improved for the third straight month in October with companies raising output to the greatest extent in 13 years amid robust sales growth, a monthly survey said on Monday. The headline seasonally adjusted IHS Markit India Manufacturing Purchasing Managers’ Index (PMI) rose from 56.8 in September to 58.9 in October and pointed to the strongest improvement in the health of the sector in over a decade. In April, the index had slipped into contraction mode, after remaining in the growth territory for 32 consecutive months. In PMI parlance, a print above 50 means expansion, while a score below that denotes contraction.  More here

Dixon Technologies will end this year with a 40 percent growth in revenues and profitability, the company’s CFO Saurabh Gupta said in an interview to CNBC-TV18. “Q2 performance has been more than what we had anticipated and I think Q3, Q4 is even looking better. So, as compared to earlier guidance, this year we will end up doing almost a 40 percent growth in revenues and profitability despite 2 months being completely washed away in this financial year,” he said. Gupta also that the company has a strong order book across all the verticals. Watch video for more

BOTTOMLINE: Is the seemingly positive trend in Q2 earnings performance for real? Early bird numbers suggest a clear recovery in business since June, but the year-on-year growth numbers could be misleadingGet latest Market online at cnbctv18.com

Shares of IndusInd Bank surged 7.5 percent on Monday even after the lender reported an over 53 percent decline in its standalone net profit at Rs 647.04 crore in the September quarter. The bank had posted a net profit of Rs 1,383.37 crore in the year-ago period. The stock rose as much as 7.5 percent to the day's high of Rs 629.75 per share. However, on a YTD basis, the stock is the biggest loser on the Nifty Bank index, down 59 percent as compared to a 24 percent decline in Nifty Bank.
Share:

Continue to like top private banks, given faster rebound in earnings: PhillipCapital

PhillipCapital on Monday said it continues to like the top private banks like ICICI Bank, HDFC Bank and Axis Bank given that these lenders, as the brokerage says, will see faster rebound in earnings and returns. It has increased the target price on ICICI Bank to Rs 520 per share. ICICI Bank reported the best core operating profit growth in eight quarters. Slippages have come in lower than analysts’ expectations.

“Margins were slightly disappointing on a quarter-on-quarter (QoQ) basis, however, what is more important at this point in time is the asset quality collections and the outlook for the credit cost. We are impressed about the way the collections have panned out for some of the larger banks and the guidance for credit cost for next year looks very impressive from ICICI point of view,” said Manish Agarwalla, Co-Head of Research, PhillipCapital, in an interview with CNBC-TV18. Watch Video for more

Bajaj Auto Ltd on Monday reported an 11 percent increase in its total vehicle sales at 512,038units in October. The company had sold a total of 463,208units in the same month last year, Bajaj Auto said in a regulatory filing. Domestic sales stood at281,160units last month, as against 278,776 units in October last year, up 1 percent, it added. Motorcycle sales grew by 18 percent at470,290 units, compared to398,913 units in the year-ago month, its highest ever sales. Bajaj Auto said during October, Pulsar brand recorded sales of over 170,000 units. Commercial vehicle sales stood at 41,746 units, as against 64,295 in the corresponding month last year, a decline of 35 percent, the company said. Total vehicle exports in October were at 230,878 units, as compared to184,432 units in the same month a year ago, up 25 percent, Bajaj Auto said.

Shares of ICICI Bank surged over 6.5 percent on Monday after the private sector lender posted its highest-ever net profit in the September quarter. Profits after tax rose six-fold to Rs 4,251 crore in Q2 on the back of a rise in operating profits and a decline in tax expenses. In the corresponding quarter last year, the bank posted a net profit of Rs 655 crore. The bank said that it also made gains of Rs 305 crore by selling a 2 percent stake in ICICI Securities during the quarter.

Equitas Small Finance Bank listed at Rs 31 on BSE, a 6 percent discount to the issue price of Rs 33 per share. At 10:02 am, the stock was trading 6.5 percent lower at Rs 30.85 per share as compared to a 0.6 percent decline in BSE Sensex at 39,383. The company's Rs 517.6 crore initial public offer (IPO) was open for subscription from October 20 till October 22. This is the third public issue in the small finance bank space, following the footsteps of AU Small Finance Bank and Ujjivan Small Finance Bank.

Oil prices slump 4% on jitters over Europe lockdowns, US elections

Oil prices slumped more than 4 percent on Monday to the lowest levels since May on worries a swathe of coronavirUS lockdowns across Europe will weaken fuel demand, while traders braced for turbulence during the US Presidential election week. Brent crude for January was at USD 36.32 a barrel, down USD 1.62, or 4.3 percent, by 0018 GMT, while US West Texas Intermediate fell USD 1.62, or 4.5 percent, to USD 34.17 a barrel. Brent earlier hit a low of USD 35.74 a barrel while WTI slipped to USD 33.64 a barrel. Countries across Europe have reimposed lockdown measures aimed at slowing COVID-19 infection rates which have accelerated in the continent in the past month. ”The lockdown measures announced by UK and by Italy are jUSt adding to the deteriorating European situation,” Michael McCarthy, chief market strategist at CMC Markets in Sydney said.

Among brokerages, Citi is 'neutral' on Reliance Industries after its September quarter earnings while ICICI Bank remains its preferred pick in the sector after the lender reported its highest-ever net…