Stock Market Highlights | The Indian equity benchmark indices, Sensex and Nifty ended at fresh record levels on Monday led by gains in banking, metals and realty stocks amid positive global cues. Broader markets outperformed the benchmarks with Nifty Midcap100 and Smallcap100 ending more than 1 percent higher each. Barring Nifty Pharma, all the other sectoral indices ended in the green.

Nifty soared sharply following a breakout of previous minor swing high. Previous week’s doji gets ignored as the bull run in the index continues unabated. From a pattern recognition point of view Nifty has moved above the previous swing high and the pattern of higher highs and higher lows continues. Nifty has also moved above last Monday’s long red candle as the market negating the bearishness of the previous week. Nifty is now hitting the top end of the channel and if the channel breaks and nifty moves above it. The rally should continue. 13,750-13,800 was a major resistance zone once we apply advanced fibonacci applications.

Nifty R1 Weekly Pivot is at 13,975 and beyond this the resistance shifts to 14,150-14,200. The support for Nifty is at 13,650-13,675. As long as this level holds the rally should continue. RSI on the weekly and the daily is above 70 indicating strong momentum when it is seen with ADX which indicates a strong trend. The momentum in the market is good and proper. Stay long. Any dips to 13,750-13,800 would indicate buying opportunities.

Midcap Index & Nifty Bank Gain In-line With Benchmarks, Up Over 1% Each

Closing Bell | The Indian equity benchmark indices, Sensex and Nifty ended higher on Monday led by gains in banking, metals and realty stocks supported by positive global cues. The benchmark Sensex gained 0.81 percent or 380.21 points to 47,353.75, while the Nifty ended 0.90 percent or 123.95 points higher at 13,873.20. Broader markets outperformed the benchmarks with Nifty Midcap100 and Smallcap100 ending more than 1 percent higher each. Barring Nifty Pharma, all the other sectoral indices ended in the green.

Hero Electric on Monday said it has tied up with e-mobility startup eBikeGO to supply over 1,000 bikes to transform last-mile deliveries. eBikeGo will procure these Hero Electric bikes through the next financial year with the first batch of 120 already delivered to the startup, the company said in a release.

Through the partnership, the companies will further transform the last mile deliveries from petrol to electric with their expertise in EV technology and internet of things (IoT) enabled operations, it said. ”At Hero Electric, we’ve always believed that to solve last-mile delivery connectivity, the best option is to go electric. In the endeavour to drive the same, we have many partners who help not only businesses but also consumers with an affordable and efficient solution. Read more here.

Lupin | The drug major launched Meloxicam Capsules, 5 mg, and 10 mg, having received an approval from the United States Food and Drug Administration. Meloxicam Capsules is the generic equivalent of Vivlodex Capsules of Zyla Life Sciences US, Inc., and indicated for management of osteoarthritis (OA) pain.

After multiple rounds of bidding, and several revisions in bids by the suitors, the creditors' committee of Dewan Housing Finance Limited (DHFL) is set to begin voting on the final resolution plans, two people aware of the development told CNBC-TV18.

“We will begin the voting process tonight, and the voting window will remain open till January 14,” said a senior banking executive with a public sector bank with significant exposure to DHFL. This person added that all the resolution plans submitted so far by the four suitors - Oaktree Capital, Piramal Group, Adani Group and SC Lowy- will be put to vote.

“The bidder with the highest number of votes from the CoC (committee of creditors), subject of course to crossing the minimum threshold of 66 percent of votes, will be declared the winning bidder,” explained another person in the know.

Earlier, the CoC would vote on the highest plan under the insolvency and bankruptcy code (IBC). However, as per the revised voting rules under IBC proposed in February this year, all the resolution plans are voted on, and the highest one is declared the winner. Read more here.

Bottomline: Gold or Bitcoin or both? 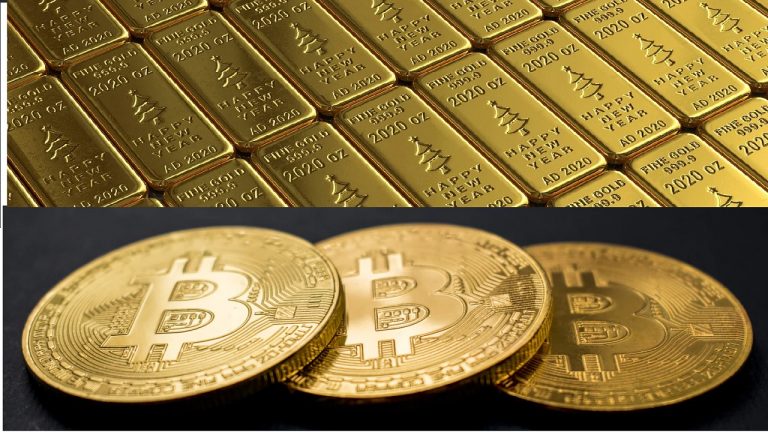 The unprecedented money printing in the wake of the COVID-19 pandemic raises the spectre of inflation and currency devaluation globally. This makes the gold, and even bitcoin, a good candidate as a…

Piramal Enterprises so far was a laggard and now since last week, it is showing strength. On the technical front, it seems that Rs 1,472-1,473 is the current price. It can be looked at on the buy side and upper side target would be Rs 1,570-1,590 levels, keeping a stop loss of Rs 1,425 on the lower side.

Insurance sector is very promising from here. HDFC Life Insurance is a consistent player and that is why I am recommending to buy. The current level is Rs 674-675 in futures segment, keep a stop loss tad lower – Rs 658 which is today’s low and target would be in the range of Rs 700 and Rs 720.

L&T Finance – Rs 93-93.5 is the current level. Stock is showing very good strength on all parameters and trading above all the moving averages. Still, it seems that some more head room is there; around Rs 100 could be the target. One can go long here keeping a stop loss of Rs 90.

A buy call on Muthoot Finance, we have seen a long consolidation in this space, I think 2-3 months the stock has been undergoing a time-wise correction and now you can see open interest building up in Muthoot Finance ahead of the expiry. Overall trends remains positive. One should use this time-wise correction now with a buying opportunity. Go long with a stop loss below Rs 1,188 for a target price of Rs 1,255.

Dabur looks quite good on the charts, higher tops, higher bottom, sustainable upmove we have seen recently, today again there is a breakout after some corrective phase. So keeping a stop loss below Rs 512, buy Dabur for short term target of Rs 540.

SpiceJet | The low-cost carrier announced the signing of a Memorandum of Understanding (MoU) with Pluss Advanced Technologies (PLUSS) for the supply of indigenously developed precise temperature control boxes required for maintaining the effectiveness of the vaccine during transport. PLUSS will supply its patented product – Celsure®, developed using its proprietary Phase Change Material technology, for transportation of the Covid-19 vaccines from the manufacturer to different parts of the country. The product will be co-branded especially for SpiceJet’s cargo division Spice Xpress and will be made available at various locations across the country

DHFL | Voting on DHFL resolution plans is likely to start tonight. Sources tell CNBC-TV18 that the resolution plans from all 4 suitors, Oaktree, Piramal, Adani and SC Lowy, will be voted on. Oaktree and Piramal are seen neck and neck; claim to offer the best proposal. Both have increased their bids by Rs 1,700 crore last week.

Motilal Oswal on Aurobindo Pharma | We expect a 12 percent earnings CAGR over FY20-23E (on a high base of FY20, including Natrol sales), led by new launches/increased market share in key markets (US/EU), 180 bps margin expansion, and lower financial leverage. The Vaccine opportunity has the potential to add Rs 4.5/12 to FY22/23E EPS, subject to regulatory approval. We value Aurobindo Pharma at 16x 12M forward earnings to arrive at our TP of Rs 1,100. We remain positive on the company given: a) capability to build a niche portfolio, b) cost efficiency owing to complete integration of manufacturing, and c) lower financial leverage. Reiterate Buy. Titan Company looks attractive at current levels. Overall it is placed for a move and possible breakout in near term. The stock has been consolidating over last 4-5 trading sessions; believe the stock could potentially move closer to the level of Rs 1,530-1,570 on the upside. One can look at to buy the stock with strict stop loss at Rs 1,485.

Balkrishna Industries has been consolidating over the last 3 trading sessions. Good base formation is already seen; anticipating stock to move closer to Rs 1,640 on the upside. Stop loss for this should be kept around a level of Rs 1,550.

Buzzing | Shares of NIIT gained over 4 percent after board has approved an up to Rs 237-crore buyback proposal at Rs 240 per equity share. “...the Board of Directors of the company at its meeting held on December 24, 2020, has approved a proposal for buyback of up to 9,875,000 fully paid-up equity shares of the company...for an aggregate amount not exceeding Rs 2,370,000,000," the company said in a regulatory filing.

Mutual funds vs direct equity: Which investment option should you prefer in 2021? Though both the investments are done in equities, the risk associated differs.Get latest Personal Finance online at cnbctv18.com

China’s central bank disclosed on Sunday it had asked the country’s payments giant Ant Group Co Ltd to shake up its lending and other consumer finance operations, the latest blow to its billionaire founder and controlling shareholder Jack Ma.

The announcement came more than a month after Chinese regulators abruptly suspended Ant’s blockbuster USD 37 billion initial public offerings in Shanghai and Hong Kong, and only days after the country’s antitrust authorities said they had launched a probe into Ma’s e-commerce conglomerate Alibaba Group Holding Ltd.

Chinese regulators and Communist Party officials have set about reining in Ma’s sprawling financial empire after he publicly criticized the country’s regulatory system in October for stifling innovation. Continue reading. Buzzing | Shares of Biocon Ltd traded over 2 lower on Monday after US FDA deferred application for cancer biosimilar of Avastin. Global research firm CLSA reiterated its Sell rating on the stock with the target at Rs 250 per share. The research firm is of the view that the pharma company's market share in Fulphila slipped to a September 2020 level of 7.5 percent, while that for November was mixed in the US. Mylan gained 20 bps market share in Ogivri to reach 7.1 percent. CLSA believes that approval for Avastin in the US and insulin Aspart in Europe are key triggers.

Bank Of Baroda expects credit growth of 6-7% in FY21 pic.twitter.com/7IvsTVSbxk

Equitas Small Finance Bank | The bank says its Vice President-Internal Audit, N Ganesan has violated code of conduct for prevention of insider trading by selling shares during the window closure period. Disciplinary Action Committee has levied a penalty of 10 percent of traded value.

Dixon Technologies (India) | Dixon’s wholly-owned subsidiary, Padget Electronics, has signed an agreement with Motorola for manufacturing of smartphones. The products will be manufactured at Padget's manufacturing facility situated at Noida, Uttar Pradesh.

But as per data, only 14% of auto ancillaries are eligible for PLI scheme now, which is a dampener, he feels. pic.twitter.com/ihSMflVuVT

Shares of Tata Motors gained over 4 percent on Monday as analysts believe that the deal between the European Union and the United Kingdom (UK) will remove key overhang on the stock.

In a regulatory filing, Tata Motors said that Jaguar Land Rover had comprehensive contingency planning and actions in place to respond to ongoing COVID challenges and disruption.

“Recent issues at UK ports have had no immediate impact for Jaguar Land Rover. Our guidance of improved growth, profitability and cash flows in second half of the year continues to hold,” it said.

Global brokerage CLSA retained a Buy call on the stock with a target price of Rs 220 per share. It is of the view that the EU-UK Trade and Cooperation Agreement (TCA) allows the free trade of goods (zero tariffs).

“This removes a key potential risk for Jaguar Land Rover (JLR) which can now continue to export (and import) its vehicles between the UK and EU without additional costs. While free trade is now subject to rules of origin (RoO) requirements, we believe JLR should be largely compliant,” CLSA said.

CLSA expects investor focus to shift back to its volume and mix recovery as well as JLR’s cost reduction efforts.