Stock Market Highlights: The Indian benchmark equity indices, Sensex and Nifty ended lower Wednesday dragged by selling in IT and FMCG stocks amid mixed global cues. Nifty Midcap outperformed the benchmarks ending over 0.5 percent higher. IT and FMCG stocks declined while buying was witnessed in metal and realty stocks.

#MarketAtClose
Sensex & Nifty slip from record highs hit in morning trade to close in the red.

Nifty Bank & #midcap index close in the green but off highs pic.twitter.com/fnwEXKAUGq

14,250 worked as a stiff resistance and we did see a sharp fall in the market. Although we did rebound from the lows, I would advise caution as sharp movements cannot be ruled out. Hence strict stops should be maintained and traders should initiate long positions only on dips or corrections.

Nifty Bank & Midcap Index Close In The Green But Off Highs

Market Breadth Slightly In Favour Of Declines; Advance-Decline Ratio At 3:4

Reliance Remains Under Pressure For The 2nd Straight Day

Closing Bell | The Indian benchmark equity indices, Sensex and Nifty ended lower Wednesday dragged by selling in IT and FMCG stocks amid mixed global cues. The Sensex ended 263.72 points or 0.54 percent lower at 48,174.06, while the Nifty declined 53.25 points or 0.38 percent to close at 14,146.25. Nifty Midcap outperformed the benchmarks ending over 0.5 percent higher. Among sectors, Nifty IT and Nifty FMCG fell the most over 1 percent each followed by Nifty Auto, Nifty Pharma and Nifty PSU Bank while Nifty Metal, Nifty Realty and Nifty Financial Services ended in the green.

Indian Oil Corp (IOC), the country's top refiner, has loaded its first cargo of Iraq's new Basra Medium crude grade which was introduced this year, according to ship tracking data from Refinitiv Eikon and a source with knowledge of the matter, a Reuters report said.

IOC loaded the cargo onto Minerva Kalypso, a suezmax-sized vessel, which left Iraq's southern port of Basra on Jan. 4, the data showed. The ship is expected to arrive at Chennai port in southeastern India around Jan. 14.

Iraq has increased Basra crude exports by introducing this new grade after the Organization of the Petroleum Exporting Countries and its allies agreed to raise output by 500,000 barrels per day (bpd) in January.

"From this year IOC will get all three grades - Basra Light, Basra Medium and Basra Heavy - depending on the availability with the supplier," the source said, adding that the 1 million barrels of Basra Medium crude would go to IOC's subsidiary Chennai Petroleum Corp. The Kochi-Mangaluru natural gas pipeline, worth Rs 3,000 crore was inaugurated by Prime Minister Narendra Modi on Tuesday. The 450 km pipeline is of around 12 mmscmd capacity and if the Tamil Nadu…

Bank of Baroda | The public sector lender has signed a memorandum of understanding (MOU) with the Small Industries Development Bank of India (SIDBI) to support MSME enterprises with an online facility of submitting their loan restructuring proposal.

The Kochi-Mangaluru pipeline was inaugurated by Prime Minister Narendra Modi on Tuesday. The work was given to the LNG terminal of Petronet LNG in Kochi for the 450-km natural gas pipeline between Kochi in Kerala to Mangaluru in Karnataka.

The gas pipeline will ensure supply to domestic as well as commercial establishments across the region. Read more here.

State-owned NMDC (National Mineral Development Corporation) has hiked prices again, as per people in the know.

Overall, there have been three price increases in the last 35 days and together it amounts to a hike of 45-55 percent.

NMDC last Friday posted over 23 percent rise in iron ore output at 3.86 million tonnes (MT) during December 2020. In the year-ago period, the miner had produced 3.13 MT iron ore from its mines, NMDC said in a BSE filing. Indian real estate may have staged a breathtaking recovery in the run-up to and during the festive season, but that rally wasn’t enough to stop declining residential sales and launches in the last six…

Market Update | The Indian benchmark equity indices, Sensex and Nifty traded near day’s low Wednesday afternoon amid sharp selling in IT, FMCG and auto stocks. The Sensex was trading at 48,028.49, down 409.29 points, or 0.84 percent, while Nifty declined 83.00 points, or 0.58 percent, to 14,116.50 at 2:07 pm. Weakness in index heavyweights such as Reliance Industries, ITC and Bajaj Finance dragged Nifty below the 14,150 level. Barring Nifty Metal, all other sectoral indices were trading in the red.

Buzzing | Here’s why Tata Elxsi is seeing an upmove

Tata Elxsi has advanced by as much as 26 percent over the last 10 days, outperforming the Indian IT index which is up 13 percent in the same period as well as Nifty200.

The stock is rising on expectations of a recovery in its largest vertical – automotive sector, and media as well as medical device verticals. Watch here.

Macquarie has come out with a report on non-banking financial companies (NBFCs). The brokerage house believes that the collection data should hold up well in Q3 for most of the NBFCs while the growth outlook is a bit weak.

According to Macquarie, the auto industry should see a margin expansion and hence the brokerage firm has raised the target price on Mahindra and Mahindra Financial Services, Shriram Transport Finance and Cholamandalam Investment and Finance. Watch here. Bitcoin traded above $35,000 for the first time in Asia on Wednesday, rising to a high of $35,879 and extending a rally that has seen the digital currency rise more than 800 percent since mid-March, Reuters reported. The world's most popular cryptocurrency crossed $20,000 for the first time ever on December 16. 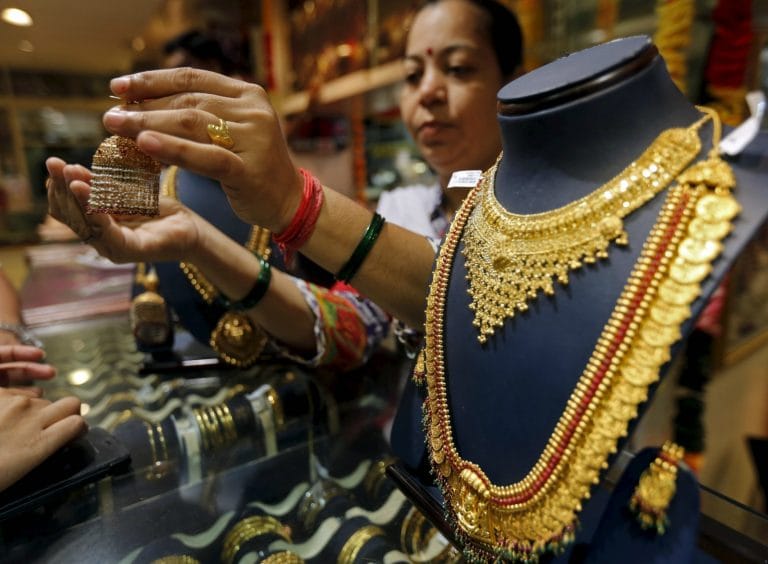 Gold prices in India traded lower on the Multi Commodity Exchange (MCX) Wednesday following a muted trend in the international spot prices amid a firm US dollar. At 11:45 am, gold futures for February…

Oil prices rose on Wednesday to their highest since February 2020 after Saudi Arabia agreed to reduce output more than expected in a meeting with allied producers, while industry figures showed U.S. crude stockpiles were down last week, a Reuters report said.

Saudi Arabia, the world's biggest oil exporter, agreed on Tuesday to make additional, voluntary oil output cuts of 1 million barrels per day (bpd) in February and March, after a meeting with the Organization of the Petroleum Exporting Countries (OPEC) and other major producers that form the group known as OPEC+.

The reductions agreed by Saudi Arabia were included in a deal to persuade other producers in the OPEC+ group to hold output steady.

Being a seasonally slow month, Dec’20 saw decent demand (at par YoY) despite discounts being lower by ~50% YoY. Valuations are reflecting a recovery in 4QFY21, leaving a limited margin for safety from any negative surprises. Hence, we prefer companies with: a) higher visibility in terms of a demand recovery, b) a strong competitive positioning, c) margin drivers, and d) balance sheet strength. Mahindra & Mahindra and Hero MotoCorp are our top OEM picks. Among auto Component stocks, we prefer First is a buy call in CONCOR, a fresh long formation today in the derivatives segment, technically the previous swings have been broken. The daily average volume has already been surpassed in the first half of the trade itself so this is a very positive sign so buy CONCOR with stop below Rs 417 for target of Rs 445.

Since banking is looking positive on midcap bank that is CSB Bank, it is trading around its support on a daily as well as the weekly charts so we are expecting some pullback move in this counter. Buy CSB Bank with stop loss below Rs 220 first target would be Rs 240 and once that surpasses Rs 250 would be on the banks.

Shares of BEML rallied over 4 percent in early trade on Wednesday after the company bagged an order from Ministry of Defence for the supply of high mobility vehicles, at an approximate value of Rs 758 crore.

The equipment will be manufactured at BEML's Palakkad plant in Kerala and would supply the vehicles to Indian Army in a span of one year. These High Mobility vehicles would play a key role in the logistics management of the Indian Army leveraging on its exceptional cross country capabilities, the company said.

These vehicles would enable armoured fighting vehicles, troops, ammunitions and stores to be moved to far-flung, difficult terrains in operational areas, it added.

Growth in India's dominant services industry continued to lose momentum in December as a resurgence in coronavirus infections weighed on new business and employment, a private survey showed on Wednesday. Asia's third-largest economy has been gradually recovering from a coronavirus-induced recession but is not expected to return to pre-pandemic levels soon, especially within the service industry - the engine of economic growth and jobs in the country, a Reuters report said.

The Nikkei/IHS Markit Services Purchasing Managers' Index fell to 52.3 in December from November's 53.7 but held above the 50-mark separating growth from contraction for a third straight month.

"A spike in COVID-19 cases was reported as a key factor restricting growth of new work intakes among service providers, which in turn curbed the rise in output and led to increased business uncertainty about the outlook," Pollyanna De Lima, economics associate director at IHS Markit, said in a release.

Jewellery and watches maker Titan Company on Wednesday said that the company witnessed a good festive season with the Jewellery division crossing the recovery phase to enter the growth phase. In its December quarter update, the company said that the Q3 did not disappoint.

The company already announced the 15 percent growth in the 30-day festive period from Dussera to Diwali. The growth trend was visible even after the festive season ended and the division has recorded close to 15 percent growth (excluding sale of raw gold of - Rs 334 crore) in Q3.

“The quarter also witnessed a well-rounded recovery with improvement in walk-ins and pick up of sale in metros, sub 1-lakh category and studded segment. The studded mix in Q3 improved though still lower than levels seen in the previous year,” the company said.