Stock Market Highlights: Indian indices ended at record levels for third consecutive session on Wednesday due to heavy buying in the auto and financial segment. Top contributors to the benchmarks were Tata Motors, M&M, Bajaj Finance and SBI. The Sensex ended 227 points higher to 44,180 while the Nifty50 index ended at 12,938, up 64 points. Midcaps rallied outperforming the benchmarks, by rising 1.46 percent, while Nifty Smallcap 100 index closed 0.32 percent higher.

Indian indices ended at a record close for the third straight session on Wednesday led by gains in financials and auto stocks. Heavyweights L&T, M&M, ICICI Bank, Kotak Bank and Bajaj Finance contributed the most to the indices.

Broader markets were also positive for the day with the Nifty Midcap and Nifty Smallcap indices up 1.4 percent and 0.3 percent, respectively.

Among sectors, Nifty Auto rose the most, up 3 percent led by M&M. Meanwhile the bank and fin services indices added 1.9 percent and 1.3 percent, respectively. However, Nifty FMCG and Nifty IT lost around a percent each and Nifty Pharma was down 0.6 percent.

Shares of IIFL Finance jumped over 12 percent on Wednesday after the Non-Banking Financial Company (NBFC) said that the board will consider a proposal to buy back shares in the next meet.

The meeting of the board of directors of the company will be held on November 20, 2020, to consider the proposal for buyback of fully paid-up equity shares of the company and any other item, it said in a press filing.

The stock rose as much as 12.5 percent to its intra-day high of Rs 127.25 per share on BSE. The stock also surged nearly 23 percent in the previous session. Just in 2 days, it has rallied 39 percent.

The trading window of equity shares of the company shall remain closed with immediate effect for all directors, designated persons and insiders and shall reopen after the expiry of 48 hours after the conclusion of the aforesaid board meeting, it added. Read more here

It is offers attractive risk-reward at current levels and Q2 beat and faster rebound makes us raise FY21 EPS by 40%, said CLSA.

The improved volume and margin outlook should shrink its 50% discount to IGL PE, it added. 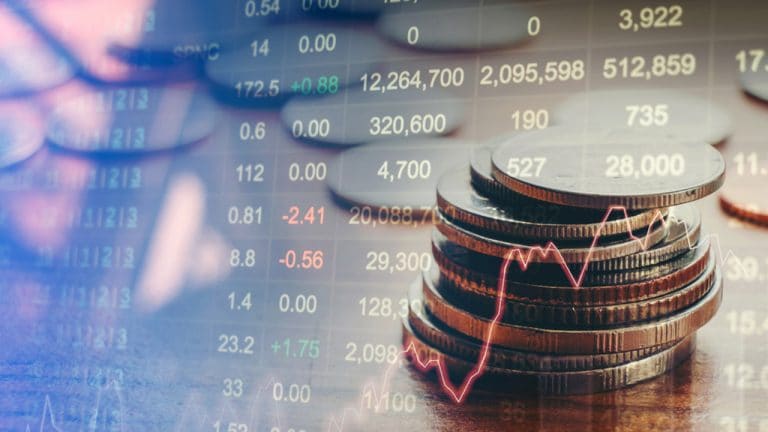 Shares of automobile major Mahindra & Mahindra (M&M) rallied over 11 percent to hit a fresh 52-week high of Rs 709.80 apiece on the BSE on Wednesday after the company announced that it will manufacture new K2 series tractors in Telangana.

In an exchange filing on Tuesday, M&M said that it will manufacture a new tractor series called the ‘K2’, exclusively at the company’s tractor manufacturing facility at Zaheerabad in the state of Telangana.

K2 will bring incremental investments of Rs 100 crore into Mahindra’s Zaheerabad facility and double employment in the tractor plant by 2024, it said.

The new series will cater to domestic as well as International markets including USA, Japan, and South East Asia, the company added.

Stock Update: Sadbhav Engineering has received Letter of Acceptance (LOA) from NHAI for the 2 EPC road project/work for a contract value of Rs 1572.30 crore. Construction period of both road projects will be 24 months from appointed date.

Larsen & Toubro's share price surged over 5 percent on Wednesday after the company's construction and mining business won biggest-ever order. The stock jumped to its eight-month high level of Rs 1,139 per share on the NSE. At 12:15 pm, the shares traded 5.12 percent higher to Rs 1,136.20 apiece.

The company has received orders to supply 46 units of Komatsu Mining Equipment from Tata Steel.

The scope includes supply of the equipment and full maintenance contract for 60,000 hours of equipment operations.

However, the order amount remained disclosed.

#CNBCTV18Market | Here's a list of some midcaps surging in trade pic.twitter.com/V4GlPSbOft

JUST IN:  Lakshmi Vilas Bank administrator to address the media at 3 pm today.

Brokerage house Morgan Stanley expects the benchmark Sensex to hit 50,000 levels by December 2021 provided there is stability in the current virus situation and a recovery in the economy. This is a base case scenario, according to MS, with a 50 percent profitability.

The brokerage said that the coming growth cycle is not fully priced in, by its calculations – thus, it sees more upside to the index. Earlier, the brokerage had a target of 37,300 for June 2021.

The rise in the Sensex target is on the back of a pickup in economic activity and peaking of the COVID-19 infections. Read more

#CNBCTV18Market | M&M extends gains to trade at a 52-week high as tractors continue to lead the recovery in auto sector pic.twitter.com/X12EVCm1H6

The bounce back in residential demand and the traction seen for new products is surprising, said Ashok Tyagi, the Whole Time Director of the real estate major company. “We are seeing demand pick up across the board,” he said.

On the realtor’s launch pipeline, he said, “We are focusing on working on all segments; we are working on super luxury piece where we have the inventory, we are proposing to launch our next major project in Delhi, which is a joint venture with GIC, sometime in next few months. We have identified a few sites in Gurugram to launch both premium and mid-income products. Therefore, the entire launch pipeline is looking healthy and energetic.” Watch Video for more

The share price of realty major DLF gained over 3 percent in the early trade on Wednesday after the company was included in the Dow Jones Sustainability Index (DJSI). The stock price rose as much as 3.29 percent to an intraday high of Rs 194.40 apiece on the BSE. The company has been recognized as an index component of the Dow Jones Sustainability Indices (DJSI) in the Emerging Markets category. This recognition demonstrates DLF’s track record for its governance, social and environmental initiatives, the company said in a regulatory filing on Tuesday. More here
Share:

“We are structurally constructive on State Bank of India (SBI),” said Gurmeet Chadha, Co-Founder & CEO at Complete Circle Consultants in an interview with CNBC-TV18. He reiterated his positive stance on Bajaj Finance. “I have always maintained that it is a consumption stock and once things start picking up, it will start reflecting that trend,” he said.

Compared to NBFCs, he believes there is more value in private banks like ICICI Bank and Axis Bank from a relative risk reward basis. “If you want to look at NBFCs, maybe the housing finance pack looks very attractive to me. I am very constructive on the housing finance and the entire building material space,” Chadha said. Watch video for more

Warren Buffett's Berkshire Hathaway is back in buying mode

After dumping some $13 billion worth of shares amid the COVID-19 pandemic, Berkshire Hathaway is back in the buying mode. This change in stance would cheer a lot of investors, considering that the man responsible for the decisions, Warren Buffett -- CEO and Chairman of Berkshire Hathaway -- is rated as one of the most successful investors globally. According to Tara Lachapelle of Bloomberg, the change in outlook is significant as previously, Buffett had shown remarkable calm during instances of wars and terrorist attacks. But the coronavirus appeared to have shaken him. In the annual meeting of Berkshire Hathaway Inc., Buffett had acknowledged that the pandemic could significantly damage the economy and his investments. More here
Share:

All regulators are on board for Axis Bank-Max Life Deal. IRDAI has received RBI, SEBI’s go ahead and final approval likely by Mid-December: Sources to @YashJain88 pic.twitter.com/cLwxzA2lDL

Larsen & Toubro | The company has bagged order to supply 46 units Komatsu mining equipment from Tata Steel. This is the infra major’s biggest ever order for its construction and mining equipment business.

Buzzing | Shares of Lakshmi Vilas Bank (LVB) were locked at 20 percent lower circuit on Wednesday after Finance Ministry put the bank under moratorium, with effect from November 17, 6 pm till December 16, 2020. The Reserve Bank of India has also imposed Rs 25,000 withdrawal limit. The RBI has announced a draft scheme of amalgamation for Lakshmi Vilas Bank with DBS Bank.

Drug major Cipla has signed a licensing agreement with a Belgium-based firm, Multi G for the distribution of their COVID-19 Rapid Antibody test kit, across most Emerging markets and Europe. This licensing agreement is part of Cipla’s efforts to enhance global access to life- saving treatments and diagnostic infrastructure for patients in need.

Technical View | The Nifty has opened on a tepid note this morning, trying to find its direction for the day. The overall momentum continues to remain on the upside with good support at the 12,500-12,600 area. As long as that range is not disrespected, we are good to move ahead and achieve higher levels of 13,000-13,100, says Manish Hathiramani, Proprietary Index Trader and Technical Analyst, Deen Dayal Investments.

Lakshmi Vilas Bank has been brought under moratorium effective 6 pm, November 17 until December 16. The moratorium has been imposed on the basis of application submitted by RBI under Sec 45 of BR Act. Withdrawals by account holders and creditors has also been capped at Rs 25,000 during the moratorium period. Account holders can withdraw above Rs 25,000 only for unforeseen expenses including medical treatment, education etc, an official statement said. The central bank has assured depositors of LVB that their interest will be fully protected and has asked depositors not to panic. RBI will put a Scheme of Amalgamation in place well before the expiry of moratorium and will ensure depositors are not put through undue hardship or are inconvenienced for longer than absolutely necessary. More here
Share:

The Supreme Court will hear the interest waiver case on Wednesday, the hearing for which will begin at 10:30 am. Petitioners have moved to SC seeking relief. The relief sorts include an extension of the moratorium, include perhaps a nominal rate being charged by the banks or the NBFCs. So far the Supreme Court has not been inclined to grant any relief beyond interest on interest waiver. We now have to see whether the SC pays any heed to the concerns raised by the other petitioners, the builders, the power producers, the realtors or will the Supreme Court lay this matter to rest taking into account centre’s action with respect to waiver of interest on interest – that question awaits.

Tata Steel's net profit declines over 50% YoY: Should you buy, sell or hold? Tata Steel has reported a more than 50 percent decline in its consolidated net profit at Rs 1,665.07 crore in the September 2020 quarter versus a net profit of Rs 3,302.31 in the year-ago period. Its…

Indian indices opened flat on Wednesday after hitting record high on Tuesday as losses in heavyweights HDFC, HUL, TCS and RIL, were capped by gains in ICICI Bank, L&T, Bajaj Finanace and Infosys. At 9:18 am, the Sensex was trading 17 points higher at 43,969 while the Nifty was down 15 points at 12,859. Broader markets were positive at opening with the Nifty Midcap and Nifty Smallcap indices up 0.5 percent and 0.1 percent, respectively. Among sectors, Nifty Bank and Nifty Auto rose around 0.4 percent while the FMCG, IT, Metal and Pharma indices were in the red.