Stock Market Highlights: Indian benchmark indices Sensex and Nifty ended with gains on Tuesday led by IT and auto stocks. Better than expected corporate earnings for Q1FY21 amid strong global cues boosted investor sentiment. At close, the Sensex ended with 558 points or 1.47 percent higher at 38,430 while the Nifty50 index at 11,300, up 169 points or 1.52 percent. UltraTech Cement, Grasim, TCS, Kotak Bank and Tata Motors remained the Nifty50 index while ICICI Bank, Bharti Infratel, Nestle India, Asian Paints and ONGC were the index top losers. Barring Nifty Media, all sectors ended in green. Nifty Auto was the best-performing index, up 3.21 percent followed Nifty IT and Nifty Metal.

Here are the today's market highlights:

5. Except media, all indices close higher; Auto, IT and Metal top gaining indices

7. ICICI Bank slips for 3rd straight day to eases all the gains of this month

Barring Nifty Media, all sectors ended in green. Nifty Auto was the best-performing index, up 3.21 percent followed Nifty IT and Nifty Metal.

The international gold price raced to a record high earlier today after the deepening COVID-19 crisis has sent the US dollar tumbling and investors moving to safe have to avoid the volatility. The dollar has lost ground against a range of currencies, falling to its lowest level since June 2018. This has sent the yellow metal prices past its previous high hit in 2011 and put it on track for even bigger gains.

With the continued rise in COVID-19 cases across the globe leading to unprecedented economic turmoil, UBS now expects the gold price to cross $2,000 per ounce in the next 6-12 months. Ongoing investment demand remains a key driver behind a higher gold price. Read more

Rupee Update: The Indian currency ended little changed on Tuesday amid positive equity market. The rupee ended at 74.84 against the US dollar as compared to Monday's close of 74.83.

City gas distribution remains a potential growth story for investors and global brokerage Jefferies believes that the niche sector is poised for a faster recovery amid COVID-19 pandemic buoyed by three recent events. Within the sector, Jefferies suggests that Gujarat Gas ( GUJGA) and Mahanagar Gas (MGL) remain well-positioned to make most from the situation. Since March lows, GUJGA and MGL shares have jumped 54 percent and 52 percent, respectively. Meanwhile, Indraprastha Gas Ltd (IGL) surged 43 percent during the same period.

According to the Jefferies report, Petronet and Natural Gas Regulatory Board (PNGRB) order for GAIL and National Green Tribunal's strict action on polluting fuels, could result in volume upside and market share gains for Gujarat Gas. Meanwhile, the hike in the price of CNG price in Mumbai bodes well for the margins of Mahanagar Gas. Read more here.

Technical Experts View: “If we see the overall sectoral performance then we are seeing lot of activity in cement companies and there is positive build-up along with positive price pattern. We like UltraTech Cement which is currently trading at Rs 3,920-3,930. We expect the stock to move towards Rs 4,100 levels, with stop loss at Rs 3,880-3,870 on the downside,” says Shrikant Chouhan of Kotak Securities.

He further added, “Bajaj Auto looks good as it has formed a V-shaped recovery formation. So, based on it, we can expect at least minimum Rs 3,300 or Rs 3,250 in the near term, so one can buy it at this price with a stop loss close to Rs 3,080 on the downside.”

Gold Price: Today again gold touched the life time high at Rs 52.435 levels and in international market it touched the life time high to $1981.10 per ounce levels. Meanwhile, silver touched the 8-year high of Rs 67,560 levels. Anuj Gupta from Angel Broking said, "Geopolitical tension between US & China and weakness in dollar supports the bullions. Dollar is weakening against all major currencies at 93.60 levels. US Bonds yields is also low which supports the safe heaven demand for bullions."

Aditya Shah, Chief Investment Officer at JST Investments feels NPA numbers of Kotak Mahindra Bank (KMB) look optically on the higher side. Uday Kotak, MD of KMB made it clear that the bank will protect the balance sheet over near-term profits.

"Wherever the bank is seeing business pain for customers, rather than providing a moratorium, the bank is already classifying those loans as NPAs. The bank will continue to make provisions without worrying about the rise in NPAs and would continue to show the true picture," added Shah.

He feels that the results from KMB are fairly stable and reflect the general pain in the economy. "Given the conservative management and comfortable capital adequacy ratios for the bank, Kotak is well positioned to tide over any rise in future NPAs," he further added.

Brokerages expect further upside in Reliance Industries, which has already surged more than 150 percent from its March lows. On the back of a string of investments in Jio Platforms and becoming a zero net-debt company, the share price of RIL has jumped as much as 153 percent from its 52-week low of Rs 867.82 hit on March 23 to its all-time high of Rs 2,198.70 per share.

Saugata Gupta, MD & CEO of Marico talks to CNBC-TV18 to discuss the outlook for FY21. Here are the highlight of the conversation pic.twitter.com/cUramu4kfW

Technical Experts' View: Ajit Mishra of Religare Broking said, “Auto counters are witnessing buying interest since morning and we believe TVS Motor Company after spending almost a month above long-term moving averages has formed a fresh buying pivot on daily charts. So, Rs 395 should be the stop loss to buy TVS with current levels for the target of Rs 425.”

He suggested another stock, Titan. He said that the recent uptick is witnessing some profit-taking, therefore Titan is offering a fresh buying opportunity to those who have missed earlier. "This can be bought with a stop loss of around Rs 1,000, with current levels for Rs 1,110 as the target”. added Mishra.

Marico's share price surged over 5 percent on Tuesday after the FMCG major reported a robust set of June quarter earnings, beating analysts' estimates. The stock gained as much as 5.28 percent to Rs 366.35 apiece on the NSE. At 11:40 am, the stock traded 4.54 percent up, quoting at Rs 366.35/share on the NSE.

The share price of Mahindra & Mahindra Financial Services rallied over 5 percent on Tuesday as the company’s rights issue worth Rs 3,088.8 crore opened today. The stock gained 5.16 percent to hit an intraday high of Rs 135.50 apiece on the BSE. The company has issued 61.78 crore fully paid-up equity shares of the face value of Rs 2 each at a price of Rs 50 per equity share aggregating to Rs 3,088.82 crore on a rights basis. “The funds raised through the Issue will be used to repay/prepay certain outstanding borrowings of the company, augment long term capital and resources for meeting funding requirements for the company’s business activities and for general corporate purposes,” the company said in a release.

Telecom infrastructure company Bharti Infratel on Monday reported a 21 percent drop in its consolidated net profit to Rs 704 crore for the first quarter ended June. The net profit had stood at Rs 887 crore in the corresponding quarter of previous year. The company had benefited from certain one-off gains with respect to operating expenses reversal and certain tax-related reversal. The consolidated revenues for Q1 FY21 came in at Rs 3,505 crore, which was 6 per cent lower year-on-year. More here

What To Watch Out For

-Domestic revenue to grow between 8-10 percent

-Biz during the quarter to be led by prepared dishes and cooking aids, coffee, etc. 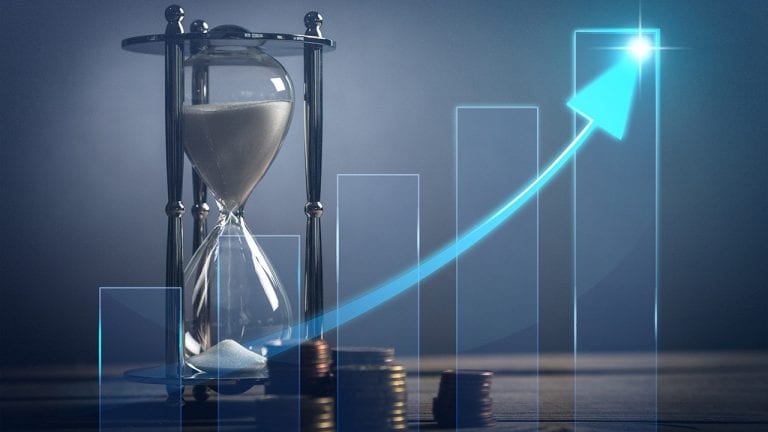 In the last five years, the stock has jumped about 430 percent to current levels. However, the biggest rally was seen this year when the stock climbed 223 percent in just four months despite COVID-19…

Gold hurtled to record peaks on Tuesday before the sheer scale of its gains drew a burst of profit taking, which lifted the dollar from two-year lows and curbed early equity gains. The precious metal had stormed almost $40 higher at one point to reach $1,980 an ounce, only for a wave of selling to slap it back to $1,947 in wild trade. Gold is still up over $130 in little more than a week as investors wager the Federal Reserve will reaffirm its super-easy policies at a policy meeting this week, and perhaps signal a tolerance for higher inflation in the long run. More here

Shares of Yes Bank fell 10 percent in early morning deals on Tuesday to Rs 11.10 per share, below its FPO price of Rs 12. The stock price of the lender has fallen almost 20 percent in the last 2 days. On Monday, the stock was locked in a 10 percent lower circuit after the company's shares allotted in the follow-on public offer (FPO) got listed on the bourses. The stock of the private sector bank has consistently been falling since the pricing announcement of the FPO on July 10, down 58 percent since then. State Bank of India (SBI) on Monday also said that its holding in Yes Bank has come down to 30 percent after the FPO. Prior to the FPO, SBI holding in Yes Bank stood at 48.21 percent, the country's largest lender said in a regulatory filing. Read more here.

Shares of Tech Mahindra rallied over 5 percent in early morning deals on Tuesday after the IT major reported better-than-expected earnings for the first quarter of fiscal 2021 that led brokerages to increase the target price on the stock. The IT stock gained as much as 5.77 percent to hit an intraday high of Rs 702.40 on the BSE. The company on Monday had reported a net profit of Rs 972.3 crore in the quarter ended June 2020, a rise of 20.9 percent from Rs 803.9 crore in the previous quarter. Net profit came in higher than CNBC-TV18 analysts' poll estimates of Rs736 crore. CLSA said that the contours of Tech Mahindra Q1FY21 results were similar to peers with a sharp revenue decline, strong cost control (Ebit margin was stable QoQ at 10.1 percent) and healthy cash generation (FCF was up 55 percent QoQ). Where it fell short was on giving visibility on the trajectory of the recovery: deal wins were relatively subdued ($290 million, down 43 percent QoQ) and historical volatility in its margin limits confidence in the quantum of expansion. Read more here.

Rupee Opens | Indian rupee opened marginally lower at 74.86 per dollar on Tuesday as against the previous close of 74.83, amid gains in the domestic equity market.

The recovery in the economy till June has been uneven and the July indicators are showing a poor picture, Nomura Financial's India Economist Aurodeep Nandi told CNBC-TV18 in an interview. Nandi said that the increase in lockdowns have impacted demand. He said labour participation was slowly returning to pre-COVID levels, but that unemployment rates in India were "uncomfortably high".

SBI stake in Yes Bank comes down to 30% after FPO

Indian indices are likely to open higher on Tuesday, tracking positive global trends, led by gains in banks and heavyweight Tech Mahindra post its Q1 earnings. At 9:18 the Sensex was trading 157 points higher at 38,092 while the Nifty rose 46 points to 11,178. Tech Mahindra, IndusInd Bank, Axis Bank, SBI and ICICI Bank were the top gainers while Asian Paints, Powergrid, HCL Tech, ITC and Infosys led the losses.