Stock Market Highlights: Indian indices ended the day in red on Friday dragged by heavyweights like Reliance Industries, HDFC Bank, Kotak Mahindra Bank and auto stocks. At close, the Sensex ended 129 points lower to 37,607 while the Nifty50 index ended at 11,073, down 29 points. Broader markets outperformed the benchmarks, Nifty Midcap100 and Nifty Smallcap100 indexes ended the day in green, up 0.43 percent and 0.83 percent higher respectively. Market breadth remained in favour of the laggards. 957 stocks on the NSE ended with losses while 829 stocks gained.

Market highlights for this week are:

3. Nifty Pharma gains most among sectoral indices after a surge in pharma stocks for last 2 sessions

4. 3 out of 5 top Nifty gainers this week are pharma stocks

7. Reliance Industries down 4% despite company reporting a higher-than-estimated profit for Q1

Market breadth remained in favour of the laggards. 957 stocks on the NSE ended with losses while 829 stocks gained.

Rupee Update: The Indian currency ended little changed on Friday amidst negative sentiment in the equity market. The rupee ended 74.81 against the US dollar as compared to Thursday's close of 74.85.

Shares of Torrent Pharma jumped 13 percent on Friday after the pharmaceutical company reported a strong set of numbers in the June-quarter amid a challenging environment. Brokerage firms are also positive on the stock post the Q1 numbers.

Pharma companies have been in the spotlight during this pandemic with the major firms focussing on developing COVID-19 treatments. The Nifty Pharma outperforming all major indices and benchmarks, up 37 percent as compared to a 9 percent fall in Nifty in 2020 YTD.

Earnings Update: SBI's shares surge over 4 percent to Rs 194.20 per share on the NSE after the public lender reported 16 percent surge in net interest income and a 81 percent rally in its net profit for the quarter ended June 30. Net NPAs came down to 1.88 percent as against 2.23 percent last quarter. Provisions against bad loans also improved, came in at Rs 9,420 crore, down 19% YoY.

In a big move on Friday, the Supreme Court barred the registration of BS-IV vehicles till further order. It also said that something "fradulent" may have taken place.

The apex court had recently recalled its March 27 order, which allowed the sale of BS-IV vehicles for 10 days across India. It had permitted automobile manufacturers to sell 10 percent of the unsold BS-IV vehicles to make up for the six-day loss amid the nationwide lockdown on March 25.

"Do not take advantage of this court by playing fraud", the bench had warned earlier also while hearing the matter via video conference.

Moreover, the court had made it clear on October 2018 when it said that no BS-IV vehicles will be sold or registered in India from April 1, 2020.

Domestic gold prices have risen over 38 percent this year so far.

“Weakness in dollar due to new government data underscored the US GDP and deep economy due to coronavirus and US president raised the possibility of delaying the November Election. US GDP collapse at 32.9% during the second quarter and job loss claim rose last week,” said Anuj Gupta, DVP- Commodities and Currencies Research, Angel Broking Ltd. Continue reading

Stock Update: Biocon's share price gained as much as 2.2 percent to Rs 411.80 apiece on the NSE after Tata Capital Growth Fund announced to invest a sum of $30 million in the company's biologics division for a 0.85 percent stake. The exchange filing said that the deal will be valued at $3.5 billion. The equity infusion will enable the company's future growth through prudent capital allocation, added the company's filing.

Stock Update: PNB Finance Housing's shares traded 1 percent lower to Rs 31.4 per share on the NSE after the company's parent company PNB informed the exhanges that it will infuse about Rs 600 crore in the company. The exchange filing also said that the infusion will be via preferential issue or a rights issue.

Shares of Reliance Industries fell over 2 percent after the company reported its June quarter earnings with a sharp fall in consolidated revenue but a robust 31 percent YoY rise in net profit helped by a one-time gain on investment by Britain’s BP in its fuel marketing business—Reliance BP Mobility Services. The RIL stock fell 2.62 percent to an intraday low of Rs 2,053.30 on the BSE. Post earnings, brokerage house Goldman Sachs maintained a 'buy' rating and sees more upside in the stock in the near future. It said the company’s Q1 earnings were in-line with estimates and outperformed versus peers in a subdued quarter. More here

HDFC shares dip after June-quarter earnings: Should you still buy? 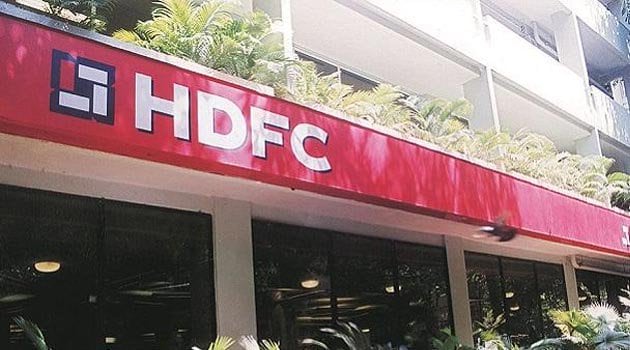 "We like Tata Steel. We expect it to do well over the next couple of days. So it is a good buy at current levels with a stop around Rs 358 and target of around Rs 382.  Sun TV has been consolidating around its multi-week support level. Today we are seeing good traction since morning and the stock is on the verge of a breakout on hourly chart. So Sun TV looks good for a target of Rs 402-405, can be bought with a stop around Rs 384. Natco Pharma looks good, it is poised for a good move towards Rs 800, stop around Rs 717."
Share:

Reliance’s reported bottomline growth was helped by low tax rates due to new rates & deferred tax credit due to planned O2C restructuring and exceptional income of ₹4,966 crore (net of taxes of ₹1,508 crore) due to profit on divestment of stake in domestic fuel retailing business.

Technical View | We are trading in the crucial support zone of 11,000-11,100. A break of this zone on a closing basis might trigger a short term weakness for the Nifty which could drag it down by 150-200 points. For the upside to resume, we need to get back to the 11,300-113,50 levels from where the market made this U-turn, says Manish Hathiramani, Index Trader and Technical Analyst, Deen Dayal Investments.

Among brokerages, Macquarie and CLSA have 'outperform' call on HDFC post its June quarter earnings while Goldman Sachs remained bullish on Reliance Industries after its Q1 results. Here are the top…

The share price of Dabur India gained over 3 percent on Friday after the company reported better than expected earnings for the first quarter of fiscal 2021. The stock rose as much as 3.92 percent in the early trade to hit an intraday high of Rs 511.95 per share on the BSE. Dabur India reported a 5.9 percent fall in net profit at Rs 341.8 crore for the quarter ended June 2020 crore as against Rs 363.1 crore in the same period last year. The profit, however, beat the CNBC-TV18 poll estimate of Rs 330 crore. More here

Dixon Technologies' share price rallied as much as 6 percent on Friday, a day after the government imposed restrictions on the import of television sets with an aim to cut inbound shipments of non-essential items given the escalating tensions between India and China. The domestic contract appliance manufacturer's stock rose as much as 6.36 percent to Rs 7,500 apiece. Year-to-date, the midcap stock has delivered 100 percent returns to its shareholders despite the outbreak of the COVID-19 pandemic. Since March lows, the stock has climbed 150 percent to the current levels.  More here

#1QWirhCNBCTV18 | @TheOfficialSBI to report Q1 results today. Street expects treasury gains could be strong for the bank. Analyst are expecting slippages to be between Rs 8,000 cr to Rs 10,000 cr & asset quality is expected to improve. Here's what to expect pic.twitter.com/dNWXMxab9h

"For Q1FY21, HDFC Ltd reported a mixed set of numbers. NII grew by 10 percent YoY however, adjusting higher liquidity equity investment made in recent years NII grew 17 percent YoY. AUM grew at 12 percent YoY and 3 percent Sequentially, The individual book grew 11 percent and non-individual grew at 15 percent YoY. Other income increased owing to stake sale. PAT declined 5 percent YoY largely impacted due to higher provision cost. The moratorium for individual loans reduced 600bps to 16.6 percent and non-individual declined to 460bps. HDFC Ltd has taken a total Rs954cr worth of COVID provision, which we believe is a bit lower. However, HDFC has an additional provision of 1.47 percent of AUM, this is well above the regulatory requirement. It has a very strong CET of 16.2 percent. Additional provision, strong CET, and healthy pre-provision profit provide comfort on balance sheet quality," Parmar said.
Share:

On HDFC HDFC has held up its performance quite well but prima facie the market is very worried about the increasing supply on the financial stocks. The amount of supply that is coming up in the financial side is not a small number and given that the credit outlook is so tepid for the next six-eight months, their ability to generate ROEs on that fund raise is very limited. So the market is not pricing in the current numbers but in terms of the outlook and their ability to generate superior returns over the cost of equity which is going to be the limiting factor for financial stocks. Analysts like some of the private banks with good liability franchises but in my view it is more of a – to stay invested if you have to stay invested in financial stocks. So yes HDFC, ICICI Bank and for that matter even Axis after these results look reasonably better placed than some of the other banks. On FMCG We don’t find comfort of value at this point of time at least in the largecaps. My shift from FMCG – if you want to limit this behaviour in terms of steady growth – will shift towards technology. I think they have similar characteristics what FMCG had over the last 10 years. They have good ROEs, they have good stable businesses, management and they are seeing catalyst for topline growth. So my bet would be on a significant rerating in terms of P/E multiples for some of the IT stocks at this moment, not so much for FMCG stocks.
Share:

#1QWithCNBCTV18 | UPL’s EBITDA margins are expected to improve due to synergy gains realized from Arysta integration & operating leverage. The company is aiming to reduce its net debt to EBITDA to 2x by FY21 from 2.9x as at FY20. Here's what to expect pic.twitter.com/542hNuePqt

Indian indices opened with minor cuts on Friday as gains in IT stocks were capped by losses in financials. At 9:18 am, the Sensex was trading 93 points lower at 37,643 while the Nifty fell 27 points to 11,075. HCL Tech, BPCL, Adani Ports, Wipro and TCS were the top gainers on the Nifty50 index while Kotak Bank, HDFC, HDFC Life, Dr Reddy's, and HDFC Bank led the losses.