Stock Market Highlights: Indian shares ended flat on Tuesday dragged mainly by IT and pharma stocks, however, banks, FMCG, and metals capped losses. Index heavyweights HDFC Bank, ITC, and UltraTech Cement supported the indices, while TCS, Infosys, and Bharti Airtel were the top draggers. The Sensex ended 63 points lower at 30,609 while the Nifty fell 10 points to settle at 9,029.

Indian shares ended flat on Tuesday dragged mainly by IT and pharma stocks, however, banks, FMCG, and metals capped losses. Index heavyweights HDFC Bank, ITC, and UltraTech Cement supported the indices, while ICS, Infosys, and Bharti Airtel were the top draggers. The Sensex ended 63 points lower at 30,609 while the Nifty fell 10 points to settle at 9,029. Sentiment was also capped after Reuters poll said that India’s economy is likely to have expanded at its slowest pace in at least eight years in the January-March quarter, partly as a result of the coronavirus clampdown.

Sectoral indices were mixed for the day. Nifty Metal surged 2.7 percent, while Nifty Auto and Nifty FMCG were up 1-1.5 percent. Nifty Bank also added 0.9 percent for the day. Among losers, Nifty IT fell 1.9 percent and Nifty Pharma was down 1.2 percent.

The Supreme Court, today, issued a notice to the Reserve Bank of India and has sought a reply to plea seeking a waiver of interest dues for the period of the 6 month moratorium announced by the Central Bank. The SC directed the RBI to file its reply within one week. On Mar 27, the RBI issued a circular allowing financial institutions to allow customers a moratorium on loan installments that fall between Mar 1 and May 31. On May 22, the RBI extended the moratorium for another 3 months, till Aug 31. However, under the RBI circular, the interest chargeable during the moratorium period of three months, would be added to the loan installments that fall after the prescribed period. It is this interest burden that is being contest in the plea.

India's consumer goods companies are seeing a worrisome sign in rural markets due to the coronavirus outbreak. Conservative spending due to uncertainty has meant that it's back to essentials buying. "Demand has slumped and consumers who had started moving up the value chain have now returned to buying small packs," said a top official from the FMCG industry. Industry veterans say that about eight months ago, consumers in rural markets had started buying larger packs and even premium products like cookies, cream biscuits, etc. As consumers turn cautious about spending, the trend has now moved back to small packs. Small packs or value packs are essentially packets priced Rs 5 and Rs 10. These are also referred to as 'popular price point' packs.
Share: Tata Motors Board approved the allotment of 10,000 rated, listed, secured and redeemable non-convertible debentures (NCDs) worth Rs 10 lakh each.

The NCDs amounting to Rs 1,000 crore will be alloted by SBI, at a coupon rate of 8.8 percent per annum.

The NCDs are proposed to be listed on the wholesale debt market segment of the BSE and the NSE.

Stock Update: Eicher Motors shares gain as much as 5% to Rs 14,628 after the company informs the exchanges that it will consider a split of the stock during its board meeting on June 12. The board meeting will also consider the fourth quarter earnings of the company.

The pan-European Stoxx 600 jumped 1.1 percent at the start of trading, travel and leisure stocks adding 2.5 percent to lead gains as all sectors and major bourses headed into positive territory.

UPL's share price gained 4 percent intraday to Rs 386 as most of the brokerages maintained their positive view on the stock after Q4FY20 earnings.

CLSA retained its buy rating on UPL with a target at Rs 500 per share ahead of its estimates and key markets saw healthy revenue growth led by volume & market share gains, though weak gross margin led to an EBITDA miss.

The company is well-positioned to gain further market share in FY21 and its deleveraging should continue in FY21, the brokerage feels.

Sharekhan also reiterated its buy rating on UPL with a revised price target of Rs 450 per share. "Performance is likely to be impacted during Q1FY21 and thereafter owing to COVID-19 crisis; however, long-term investors can consider accumulating the stock owing to reasonable valuation and further strengthening of the balance sheet led by deleveraging," said the brokerage.

Neogen Chemicals posts a weak set of Q4 earnings with EBITDA and PAT both declining. Margins have also contracted but the company has managed to meet their FY20 revenue guidance. CNBC-TV18 speaks to Harin Kanani, Joint Managing Director of co, here's what he has to say pic.twitter.com/HMPOjESg2j

Vedanta delisting: A look at the timeline on how the process will play out

The trend of companies looking to delist from the bourses appears to be picking up. Earlier this month, Anil Agarwal-promoted Vedanta Limited announced intention to delist from the Indian stock exchanges. The market is abuzz with chatter than many other companies are exploring the delisting option.

Vedanta’s decision to delist follows Vedanta Resources, one of the promoter group firms, making an indicative offer of Rs 87.50 to buy out all the public shareholders in the company. On May 18, Vedanta Limited's board approved the proposal by the promoter to delist the company. Read more here

Stock Update: Kolte Patil Developers share price surges 5 percent on Tuesday after the realty company said that it recorded sales booking of 2.5 msf (metre square feet) in FY20, in-line with the management’s guidance for the year. In Q4, sales bookings were at 0.67 msf, up 6% YoY. The company has sold 180 homes during March 15- April 30, 2020

Trending Stocks: Glenmark Pharmaceuticals has announced a new randomized, open-label study to test the combined efficacy of two antiviral drugs Favipiravir and Umifenovir as a potential COVID-19 treatment strategy. The stock traded half a percent higher to Rs 354 on the NSE.

Among brokerages, Credit Suisse maintained 'outperform' call on the stock with a target at Rs 200 per share. The brokerage said that Q4 EBITDA was largely in line with expectations. It added that the company expects near-term domestic pricing to be stable. CS expects H2FY21 to be better for the firm for both unit profitability and volumes.

CLSA maintained an 'underperform' call and raised the target to Rs 170 per share from Rs 166 earlier.

All financial sector regulators to attend the meeting pic.twitter.com/LnQ0U9AP1F

Buzzing Stock: Shares of Ruchi Soya Industries were locked at 5 percent lower circuit for the fifth consecutive session after succumbing to profit-booking following a 4,058 percent rise since relisting (till May 19). The share had been locked in the upper circuit for 74 straight sessions prior to May 19's fall. 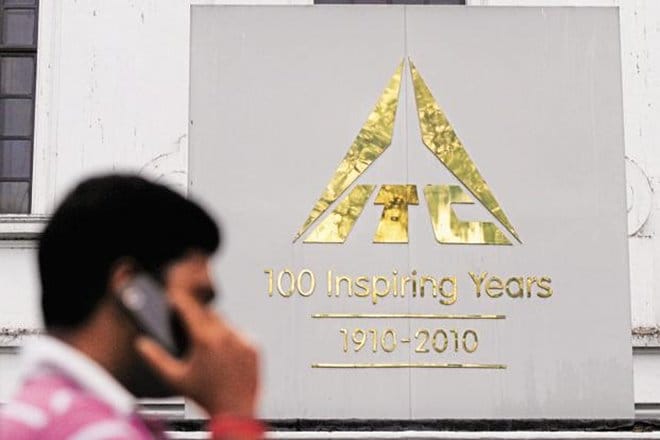 For this week, all eyes would be on global markets and at our end, 9,200 is the level to watch out for. Also, any rally which is mainly driven by the banking space is considered to be a robust one and hence, if we manage to reclaim 9200 along with the considerably higher contribution from the banking conglomerates, Sameet Chavan, Chief Analyst-Technical and Derivatives, Angel Broking.

Bank Nifty hourly chart depicts a positive divergence in RSI-Smoothened, we would see good relief move in the concluding week of the May month. On the flipside, 8,900 – 8,800 would be seen as crucial supports for the market, added Chavan.

Bharti Airtel's share price slipped 4 percent on Tuesday after its parent company Bharti Telecom is planning to raise $1 billion (Rs 7,600 crore) by selling a small stake in the company.

The stake sale is likely to happen at 558 per share, a 6 percent discount over the Friday closing price of 593.20. 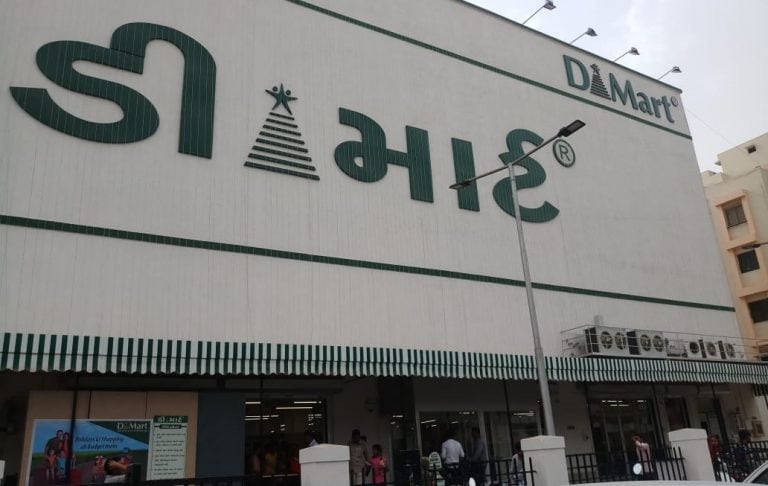 Avenue Supermarts, the company that owns and operates the DMart chain of stores, reported fourth quarter numbers better than what most analysts were expecting it to. Overall, revenue growth was helped…

Impact of COVID has left Uber IndiaSA with no choice but to reduce size of its workforce. Around 600 full time positions across driver, rider support, other functions, are being impacted. These reductions are part of previously announced global job cuts this month: Uber IndiaSA pic.twitter.com/eVJ2NkcUym

Bharti Airtel's share price slipped over 3 percent as promoter Bharti Telecom has announced to sell 2.75 percent stake in the company for $1 billion through a private placement at a floor price of Rs 558 per share.

Bharti Telecom is offering up to 15 crore shares in the company at a floor price of Rs 558 per share. Floor price is at a 5.9 percent discount to Friday's closing price. JPMorgan India is the sole placing agent for the same.

Among brokerages, Credit Suisse has cut target price for HDFC post March quarter earnings, while it has maintained 'outperform' call on JSW Steel. Here are the top brokerage calls for today:Get latest…