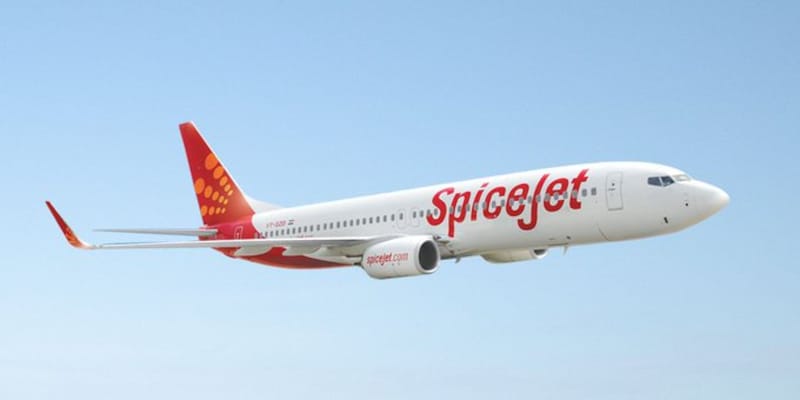 The shares of SpiceJet, India's no-frills airline, surged over four percent on Thursday after DGCA lifted the ban on Boeing 737 MAX aircraft, upon the airline finalising a settlement with Avolon - one of the major lessors of the MAX aircraft.

The shares of SpiceJet, India's no-frills airline, surged over four percent to Rs 74.15 on Friday after the airline said it has finalised a settlement with Avolon, one of the major lessors of the MAX aircraft, paving way for the resumption of service of Boeing 737 MAX jets.

SpiceJet is the only Indian carrier to operate Boeing 737 MAX and this is a big positive trigger for the airline. Boeing 737 MAX will be back in the skies by the end of September, subject to regulatory approvals.
"I am delighted to share that out 737 MAXs will be back in the air soon. As India emerges from Covid and air traffic picks up again, the MAX aircraft will play a major role in our future expansion. With a better and more efficient fleet back in operation, we expect a significant reduction in our operating costs improving our bottom line," Ajay Singh, the Chairman and Managing Director of SpiceJet said in an exchange release.
SpiceJet is India's affordable airline that operates a fleet of Boeing 737s, Q-400s and freighters. It is the country's largest regional player, operating 63 daily flights under UDAN or the Regional Connectivity Scheme. The majority of the airline's fleet offers SpiceMax, the most spacious economy class seating in India.
While it has been running in losses for many quarters now, things are improving for the airline as passenger traffic picked up in August. These multiple factors and settling with their lessors is something that has picked up the stock.
Boeing's 737 MAX aircraft were grounded in March 2019 after two fatal air crashes took place around the world. DGCA had banned the 737 planes after a plane operated by Ethiopian Airlines crashed near Addis Adaba in March 2019. The crash had killed 157 people, including four Indians.
At the time of writing, the shares of SpiceJet were trading 2.11 percent higher at Rs 72.55 at the BSE.
For more stock market updates, track our live blog
Check out our in-depth Market Coverage, Business News & get real-time Stock Market Updates on CNBC-TV18. Also, Watch our channels CNBC-TV18, CNBC Awaaz and CNBC Bajar Live on-the-go!