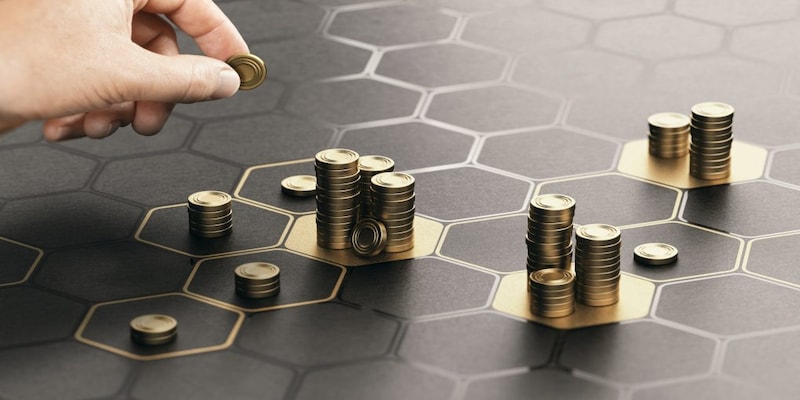 Asian Paints reported its Q3 earnings on Thursday, posting a profit of Rs 1,031 crore. The earnings missed Street estimates as analysts in a CNBC-TV18 poll had expected it to report a net profit of Rs 1,140 crore. As the stock currently trades 0.2 percent lower at Rs 3,299, what should investors do with the shares now? Here's what brokerages say:

Asian Paints shares were swinging on Friday after the company reported its third-quarter earnings with the profit falling 18.5 percent on a year-on-year basis. The stock declined as much as 2 percent in early trade but recovered all losses soon.

The paint maker reported its Q3 earnings on Thursday, posting a profit of Rs 1,031 crore. The earnings missed Street estimates as analysts in a CNBC-TV18 poll had expected it to report a net profit of Rs 1,140 crore. Its revenue, however, rose to Rs 8,527 crore, surpassing Street's expectations of Rs 8,500 crore. Its earnings before interest, taxes, depreciation and amortisation (EBITDA) declined by 13.8 percent YoY.
As the stock currently trades 0.2 percent lower at Rs 3,299, what should investors do with the shares now? Here's what brokerages say:
Also Read | Should you buy, sell or hold Hindustan Unilever shares after Q3 earnings?
Nomura on Asian Paints
Call: Buy | Target price: Rs 3,875
Nomura has a 'buy' call on Asian Paints and it has raised the company's target price by nearly 10 percent as the management does not expect any meaningful impact on volume growth.  In the third quarter, the paint maker's margins missed the brokerage's expectations as it declined by 820 basis points YoY to 18.1 percent.
The brokerage is confident its margin would get better as strong demand for paint and related products will continue. In the current quarter, the growth is driven by the higher demand in tier 1 and 2 cities. Nomura also expects the company's sales growth to continue, aided by share gains in new and niche categories. And as the prices rise, the brokerage said, the margin pressure is expected to abate.
The brokerage has lowered FY22 earnings per share by 3 percent to factor in the third quarter margin miss. At the same time, it has raised the FY23 and FY24 EPS by 4 percent to factor in the strong volume/value growth and year-on-year margin improvement.
Credit Suisse on Asian Paints
Call: Outperform | Target price: Rs 3,700
Credit Suisse expects Asian Paints to clock returns larger than the average market's, and has raised its target price by 6 percent. CS has seen a smart margin recovery in the third-quarter earnings and a buoyant volume growth despite large price hikes, it said.
The steep inflationary trend in raw material prices had impacted the gross margins of the business in the third quarter. Due to this, the company had to hike prices in November and December.
Consequently, the brokerage has increased the FY22-24 EPS estimates by 3 percent and expects an even greater margin recovery in the fourth quarter.
Jefferies on Asian Paints
Call: Underperform | Target price: Rs 2,700
Jefferies, on the other hand, expects Asian Paints to underperform the average market, which is why its target price for the stock is 18 percent lower than its current market price.
The brokerage said the paint maker has shown impressive third-quarter growth in the decorative business. Its "decorative business has registered yet another strong double-digit growth performance, five quarters in a row on a strong base of the previous year," Amit Syngle, the MD and CEO of the company said. Volume in the domestic decorative market has risen by 18 percent, surpassing analysts’ expectations of 16-18 percent.
However, Jefferies said the base has no consequence here as two-year and three-year compound annual growth return (CAGR) is even higher. It noted that the company has shown a strong growth momentum despite the highest-ever product price hike, so it believes the company is best in class and that its structural story on paints is strong.
The brokerage has raised FY22-24 EPS estimates by 8-9 percent, factoring in strong price hikes and volume surprise. However, the brokerage said despite all the positives, its valuations remain expensive at over 70 times FY23 price to earnings ratio.
Also Read | PNB Housing Finance hits 5% lower circuit after Q3 PAT down 19%
ICICI Securities
Call: Hold | Target price: Rs 3,400
While Asian Paints reported better-than-consensus standalone revenue and volume growth in the third quarter, ICICI Securities said, paints contributed only 20 percent to the revenue growth. And the rest was driven by sanitisers and other relatively low value-add produces like putty. The brokerage made its point by pointing to the gross margin decline of 823 basis points despite a 15 percent price hike in paint products.
However, the brokerage believes the paint maker has created a high watermark, which is near-impossible for peers to beat in the short term. Regardless, the entry of Grasim Paints in the market in the second half of the calendar year 2022 is imminent and the industry is competitive with the likes of Akzo, JSW, and Indigo. This is why the brokerage maintains its neutral stance on the sector and retains the ‘hold’ call.
“All said, growth is growth, as long as it is contribution positive,” it said adding that profitability is anyway not in sight.
Stay tuned with the latest stock market updates
Check out our in-depth Market Coverage, Business News & get real-time Stock Market Updates on CNBC-TV18. Also, Watch our channels CNBC-TV18, CNBC Awaaz and CNBC Bajar Live on-the-go!