Thank you reader and before we end our live coverage of the stock markets today; here are the main highlights and trends from Thursday's trade:

-Market Closes In The Green For The 1st Time This Week

Upcoming union budget 2020 could see government reforms this year and the target would be infrastructure/real estate space, claimed most brokerages including Sharekhan, JM Financial, Elara Capital amongst others. One sector to directly benefit from this budget reform would be the cement space and one of the promising midcap stocks from this sector is JK Cement. 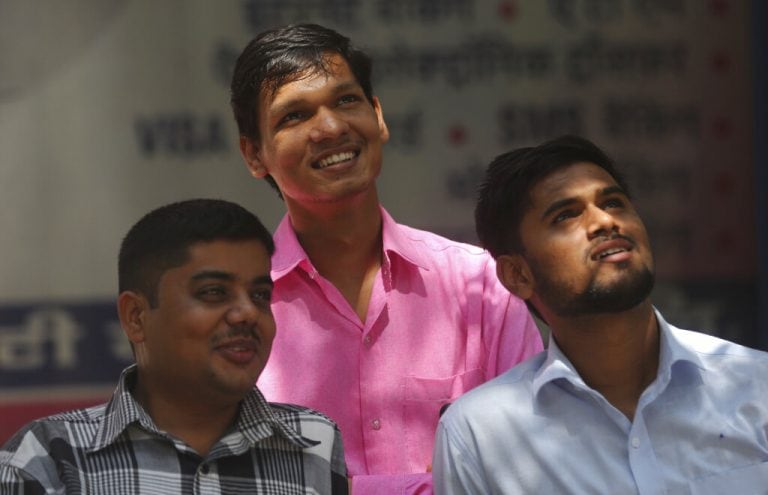 European markets down on fear over virus, tariffs from US European equity indices were lower today due to concerns over the fast-spreading coronavirus, and the fact that the Eurozone may be hit by tariffs by US President Donald Trump. Modest risk-aversion returned to markets as the death toll from the deadly coronavirus rose in China. According to reports, 17 people have died and over 470 people have been affected in China so far. The pan-European Stoxx 600 fell 0.4 percent.
Share:

Bank Nifty could fall to 30,000 level in near term, says Gautam Shah of Goldilocks

The Bank Nifty is likely to decline to the level of 30,000 in the near term as the large stocks like ICICI Bank and HDFC Bank are "top-heavy" at present, according to Gautam Shah, founder and chief strategist at Goldilocks Premium Research.

“In the past two years whenever the Bank Nifty has been on the weaker side, given the composition, the markets have never been stable and this might continue and in the near term you could see Bank Nifty come off to levels of 30,000," said Shah. READ MORE

The Indian Railways is yet again expecting the highest-ever outlay for capital expenditure of over Rs 1.70 lakh crore from Union finance minister Nirmala Sitharaman, who is set to present the Budget on February 1.

According to a senior railway ministry official, the railways has got CAPEX of Rs 1.60 lakh crore in last year's Budget, while in the previous year it got Rs 1.48 lakh crore CAPEX."Thus this year also the railways will get over Rs 1.70 or 1.75 lakh crore outlay for CAPEX," said the official.

The official said that the budgetary allocation of the railways will also increase this year to over Rs 70,000 crore as compared to over Rs 65,837 crore previous year.

According to Railway Ministry officials, the railway infrastructure would need an investment of Rs 50 lakh crore between 2018 and 2030, thus the amount is all set to go up in this Budget also.

The official said in the Budget more focus will be on the modernization of the signaling system, construction of new tracks, doubling and tripling of tracks, rolling stock and telecom. Besides, there can be an announcement about new services in the Tejas Express and the Vande Bharat Express.

Before 2016, the Union Budget and Railway budget were presented separately in India. However, the 92-year tradition was scrapped by the then Finance Minister Arun Jaitley in 2016 after which, both the budgets have been merged and are presented the same day.

#Davos2020 | Anish Shah (@anishshah21) believes consumption pick-up is a must for growth improvement. While talking to CNBC-TV18 he says, need to have targetted actions for the auto industry#CNBCTV18Exclusive #WEF2020 #Davos pic.twitter.com/eMLjdr5J3R

The committee of directors of the company approved the allotment of 10,000 rated, listed, secured, redeemable, nonconvertible debentures bearing a face value of Rs 10,00,000 each, at par aggregating to Rs 1000,00,00,000.

The steel giant is planning to raise Rs 1,000 crore.

In the same quarter last year, the Bank reported a net profit of Rs 317.50 crore.

The net interest income (NII) of the Bank slipped 10 percent YoY to Rs 3,435 crore as against Rs 3,813.8 crore in the corresponding quarter last year.

Net profit rises despite a one-time loss of over Rs 8 cr. Revenue (ex-excise) up 17.2% YoY pic.twitter.com/hDYrroDO1l

1. The Indian market was trading higher on the back of gains in realty and banking stocks.

3. Broader indices traded higher in comparison to the equity indices, with Nifty Midcap100 up 1.58 percent and Nifty Smallcap100 up 0.62 percent.

Bank Nifty could fall to 30,000 level in near term, says Gautam Shah of Goldilocks

The Bank Nifty is likely to decline to the level of 30,000 in the near term as the large stocks like ICICI Bank and HDFC Bank are "top-heavy" at present, according to Gautam Shah, founder and chief strategist at Goldilocks Premium Research.

“In the past two years whenever the Bank Nifty has been on the weaker side, given the composition, the markets have never been stable and this might continue and in the near term you could see Bank Nifty come off to levels of 30,000," said Shah.

“The problem is some of the large stocks in this space like ICICI Bank and HDFC Bank which are almost 35 percent of the Bank Nifty - they are looking top-heavy at this point in time. So yes, the Nifty is going to get a contribution from other spaces and Bank Nifty is going to take a backseat for now,” he added.

Here's the link to the article

Raymond's share price surges nearly 5 percent intraday on Thursday after the company posted a robust set of numbers for the quarter ended December 2019.

The company net profit during the October-December quarter jumped to Rs 196.8 crore versus Rs 40 crore in the same quarter last fiscal.

Earnings before interest, tax, depreciation and amortisation (EBITDA) was up 33.4 percent at Rs 206.2 crore, while EBITDA margin was up 170 bps at 10.9 percent, YoY.

Even as the deadline to pay the AGR dues ends today, Bharti Airtel and Vodafone Idea have written to the department of telecommunications, requesting the government to wait for orders from the Supreme Court with regards to the firms seeking more time to pay the required amount.

Both companies have confirmed that they will not be able to pay the AGR dues today.

The Supreme Court on January 17 had dismissed the petitions by the telecom firms to review its October verdict which rejected the telcos' definition of AGR and exposed them to payments of up to Rs 1.33 lakh crore.

Read more on this story here

'Need to capitalise on geographies like West Asia & Africa; have established good relationship with govts in Africa'

UBS said the stock is trading at its largest discount to the Nifty (15 percent discount compared with 25 percent 10-year average premium).

Experts believe that strong ordering, margin improvement and expectation of special dividends from E&A sale proceeds are likely to drive the stock's performance in 2020.

1. The Indian market was trading off day's high after significant selling in selective media and FMCG stocks.

3. Broader indices traded higher in comparison to the equity indices, with Nifty Midcap100 up 1.17 percent and Nifty Smallcap100 up 0.33 percent.

In a #CNBCTV18Exclusive, Bajaj Auto MD Rajiv Bajaj joins us this morning to speak on multiple issues around the 2-wheeler industry pic.twitter.com/d7DXnKA4rW

The share price of Vodafone Idea surged over 7 percent intraday as telcos' won't make any payments to the government today.

Intraday, the stock price surged 7.14 percent at Rs 6 per share on the NSE.

Read more about this here: Deadline for telecom firms to pay AGR dues runs out today

The stock price also touched its 52-week high for the first time today.

The Bank reported doubling of its net profit to Rs 190.19 crore for the quarter ended December 2019, helped by the higher income.

The company clocked a net profit of Rs 95.33 crore during the same period a year ago. During the same quarter, its total income rose to Rs 1,272.83 crore from Rs 894.29 crore a year earlier.

Shares of Cipla fell over 2 percent on Thursday after the United States Food and Drug Administration (USFDA) classified the inspection conducted at the company’s Goa manufacturing facility as Official Action Indicated (OAI). The inspection was conducted between September 16-27, 2019.

The scrip touched an intraday low of Rs 460 after falling 2.49 percent on the BSE.
Share:

To streamline the process and reduce the time taken for rights issues by companies, Sebi on Wednesday cut down the period for advance notice given to stock exchanges to three days from the current seven days.

The regulator said it has simplified the rights issue process to make it more efficient and effective.

Under the new framework, the period for advance notice to stock exchange has been reduced from at least seven working days to at least three working days (excluding the date of intimation and the record date), for the purpose of rights issue.

Rupee opens on a nearly flat note against dollar

The Indian rupee opened Thursday's session on a nearly flat note against the dollar.

The domestic currency started at 71.21 per dollar against Wednesday's close of Rs 71.19.

Asian shares and US stocks, meanwhile, fell on Thursday as investors remained anxious about the spread of a new flu-like virus in China just as millions prepared to travel for the Lunar New Year.

Oil futures tumbled to seven-week lows as the contagion was expected to hit airline travel, while the International Energy Agency's warning of an oil surplus and a larger-than-expected increase in US crude inventories re-kindled fears of excess supply. Indian shares are set to open mixed on Thursday as investors await corporate results amid global concerns over spreading coronavirus in China.