The benchmark indices continued its bulls run to end at a record close for the second straight session on Wednesday with Nifty hitting 12,200 levels for the first time ever during the day.  Major buying was seen in pharma, metal and auto sectors, while gains in index heavyweights like HDFC Bank, Reliance Industries, ITC, Infosys, and HDFC also helped lift the indices to record highs.

M&M, Sun Pharma, JSW Steel, Asian Paints, and HDFC Bank were the top gainers on the Nifty50 index, up between 1.7-3.5 percent, while Tata Motors, GAIL, Grasim, Yes Bank and SBI led the losses. Most sectors gave positive returns for the day. Nifty Pharma rose the most, up 1.2 percent, followed by Nifty Metal, which rose 0.75 percent. Nifty Auto also added 0.6 percent and Nifty IT gained 0.4 percent for the day. Nifty Bank ended 0.4 percent higher, at new closing high of 32,261 for second straight day.

An appeals court on Wednesday has restored Cyrus Mistry as executive chairman of Tata Group. NCLAT, after hearing both sides, had reserved order in the matter in July. Mistry, a scion of the wealthy Shapoorji Pallonji family that owns a minority stake in Tata Sons, has been locked in a legal feud with Tata Sons and Tata family patriach Ratan Tata after he was removed as chairman in October 2016. Mistry accuses the Tatas of mismanagement and oppression of minority shareholder interests. Tata denies the charges. READ MORE

This stock has delivered more than 1400% returns in 10 years

Will bears take over bulls for the rupee or is it going to be a tug of war? The Indian rupee consolidated in a narrow range for a third successive session, making marginal higher highs despite gains in domestic equities, but lack of cues on the domestic front kept the overall momentum low. As observed, elevated crude oil prices and gains in the dollar in global markets kept the rupee under pressure, contrarily sustained foreign fund inflows and heavy buying in equities capped the weakness. READ MORE
Share: 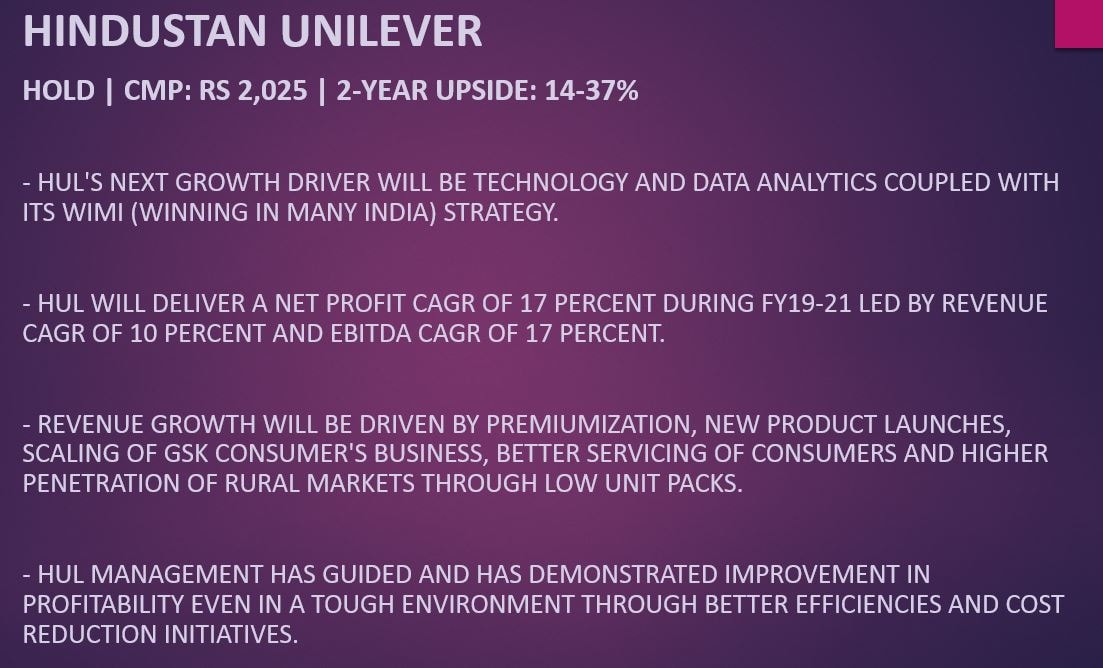 Shares of Punjab National Bank (PNB) fell 3 percent intraday on Wednesday after rating agency Crisil put bank's bonds on “rating watch with developing implications”. The stock touched a low of Rs 62.70 as compared to the previous close of Rs 64.70 on the BSE. In a regulatory filing, the bank said the rating action has been done on account of the announcements made by the government with respect to the proposed amalgamation of public sector banks as there has been significant progress on the amalgamation including approvals from the boards of the banks. READ MORE

Shares of AXISCADES Engineering Technologies rallied 16 percent intraday on December 18 after winning a contract from Airbus.

The engineering technology solutions company has been selected by Airbus to work on Fuselage, product development and customer support services across different Airbus locations.

Nifty Metal takes over Nifty IT as the best-performing index, rises 0.75%

Nifty Metal rose 0.75 percent led by the gains in MOIL, JSW Steel and NMDC. Nifty PSU Bank was the worst-performing sector of the day, declining 2.54 percent due to Union Bank and Bank of Baroda. Lack of integrity of the management is hurting a lot of investors, says Raamdeo Agrawal, chairman of Motilal Oswal Financial Services.

Talking about the group's 24th Wealth Creation Study, Agarwal said: “Top quality business is run by top quality management, and then growth, longevity and valuation. So all the 4 components -- quality, growth, longevity and price -- we have covered in various studies in the last 23 studies, quality of management was a bit difficult issue. Not that we didn’t know the importance of it but taking it up was not quantitative. So we avoided so far.”

Govt Official says have advised that this is not the right time for rate hike under GST. Critical to focus on growth first than maintaining fiscal prudence. Will see how much space we have within FRBM limits for fiscal slippages pic.twitter.com/XStpkiZQbh

Shares of Tata Steel gained more than 2 percent intraday on December 18 after CNBC-TV18 reported that the company may announce the restructuring of the domestic business to unlock value.

1. Sensex and Nifty50 traded higher on Wednesday on the back of metal and IT stocks. Nifty Metal was trading 0.97 percent higher followed by Nifty IT while Nifty PSU bank declined over 2 percent.

3. Nifty Metal took over Nifty IT as the best-performing index int he afternoon session on Wednesday.

After recording robust sales in the festive season of October, the automobile industry is back in the slow lane as sales in November and early December fell sharply across companies and vehicle categories. An overarching slowdown, coupled with the prolonged monsoon that destroyed crops and contracting rural incomes, has further dealt a blow to auto companies.

Read more on Archana Shukla's special coverage on this.

On Wednesday, Hester Biosciences announced the Board's approval of raising up to Rs 150 crore through qualified institutional placement (QIP) or preferential allotment.

The company it is BSE filing said, "The board of directors, in their meeting held today, have approved...issuance of equity shares, and/or equity-linked securities and/or securities convertible into equity shares through Qualified Institutional Placement (QIP) or preferential allotment for an amount not exceeding Rs 150 crore subject to approval of members through postal ballot process,".

The stock price of Bank of Baroda slipped 3 percent over reports that the bank under-reported bad loans by Rs 5,250 crore for the financial year 2019.

In an exchange filing on Tuesday, Bank of Baroda said that it reported Gross Non-Performing Assets for the year ended March 2019 at Rs 69,924 crore. However, it said that as per the Reserve Bank of India’s risk-assessment report, the Gross NPAs stood at Rs 75,174 crore, resulting in gross NPA divergence of Rs 5,250 crore.

Further, divergence in provisions for NPAs stood at Rs 4,090 crore.

The bank said that out of Rs 4,090 crores divergence in provision for NPAs, it has already made provision of Rs 1,475 crore during the current financial year. Hence the remaining impact is Rs 2,615 crore, it added.

This has been done on account of the announcements made by the Ministry of Finance (MoF) GoI, with respect to the proposed amalgamation of public sector banks as there has been significant progress on amalgamation including approvals from the Boards of the banks.

3. Nifty IT remained the best-performing index so far today led by the gains in Tata Elxsi, Wipro, MindTree, HCL Technologies and others.

The electronic toll collection via FASTags has plugged revenue leakages substantially for the National Highway Authority of India (NHAI), leading to a significant bump-up in its daily toll income.

The average daily toll income for the NHAI has registered a sharp rise to Rs 85-80 crore now as compared to an average daily figure of around Rs 60-65 crore — an over 40 percent jump, officials aware of the development told CNBC-TV18. Click here. We are looking into next year with a kind of goldilocks scenario of growth picking up globally, lower interest rates for long - all that bodes well for global markets, including India, said Andrew Holland, CEO of Avendus Capital Alternate Strategies.Get latest Economy online at cnbctv18.com

PC Jeweller's shares fell over 7 percent on Wednesday, touching an intra-day low price of Rs 24 apiece, continuing its two-day losing streak. The small-cap jewellery stock has lost over 10 percent during the period, reversing the 15 percent surge in the last one week.

Prince Pipes and Fittings IPO opens today: All you need to know

Initial public offering (IPO) of Mumbai-based polymer Prince Pipes and Fittings, which opens for subscription on December 18, plans to raise up to Rs 500 crore. The price band for the issue has been fixed at Rs 177-178 per share.

The company's promoter group plans to dilute around 29 percent in the proposed IPO, which stands at 90.06 percent in the pre-issue period. Link Intime India Private Ltd is the registrar for the IPO, while JM Financial Limited and Edelweiss Financial Services Ltd are book running lead managers to the issue.

The share price of Jaypee Infratech rallied over 9 percent on Wednesday after state-run NBCC's bid to acquire the company has been approved by over 97 percent of the Committee of Creditors (CoC), said multiple sources to CNBC-TV18.The approval comes after the majority of the 23,000 homebuyers and banks voted in favour of NBCC over the other candidate- Suraksha Realty.

People in the know of developments said that out of the 12,145 votes of homebuyers, 11,770 votes went in favour of the state-run construction major.

The IDBI Bank-led Committee of Creditors (CoC) had on December 7 decided to put to vote the offers of both NBCC (India) and Mumbai-based firm Suraksha Realty to acquire the bankrupt realty firm.

A successful resolution of the bankrupt company and completion of the stalled housing projects would bring long awaited relief to over 22,000 homebuyers across Noida, Mirzapur and Agra, who have waited for around 10 years to get their dream homes.

The shares of Bharti Infratel rose over 2 percent intraday on Wednesday after TRAI asked for the need to set a floor price for voice/data.

The paper highlights TRAI's preference for no floor price, citing economic theory, consumer impact, and reduced competition. As reasons in favor of a floor price, TRAI cites high leverage in the sector as well as a letter from the Cellular Operators Association of India (COAI) requesting a floor. TRAI also noted that various media articles have focused on industry views, with little attention to consumer views:

Jefferies maintained 'hold' on Bharti Airtel as it sees margins at a historical peak and market share to rise marginally higher.

#CNBCTV18Market | IT cos dominate the list of top gainers pic.twitter.com/g5bqqzGpwB