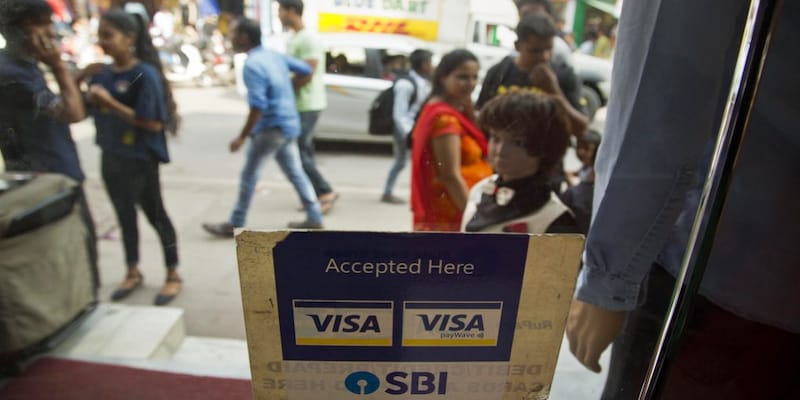 The initial public offering (IPO) by the second-largest credit card issuer in India, SBI Cards and Payment Services Ltd, is expected to raise around Rs 9,000 crore.

The SBI Cards IPO will open for subscription between March 2 and 5. The initial public offering (IPO) by the second-largest credit card issuer in India, SBI Cards and Payment Services Ltd, is expected to raise around Rs 9,000 crore. The price range has been fixed at Rs 750-755 per share, while the lot size of SBI Cards IPO, or the minimum number of shares to be subscribed, has been fixed at 19 shares.

The shares of the company will be listed on BSE and NSE both on and around March 16, according to the SBI Cards prospectus.
Here's a SWOT (Strength, Weakness, Opportunity, Threat) analysis of the SBI Cards IPO:
Strength
The growth of the business has been strong as the SBI Cards is the second largest in terms of market share. In FY19, SBI Cards had posted a net profit of Rs 862 crore on revenues of nearly Rs 7,000 crore. For the six months to September, SBI Cards reported a revenue jump of 36 percent to Rs 4,363.9 crore from a year ago. Its profit jumped 78 percent to Rs 1,034.58 crore during the period.
The co-branding with SBI is a great strength for the credit card company, primarily attracting customers. SBI currently holds 74 percent stake in the company and the balance 26 percent is held by CA Rover Holdings, a Carlyle Group company. This company was started two decades ago with GE Capital. But SBI and Carlyle Group acquired GE Capital's stake in the company two years ago.
The SBI Cards offers 95-97 percent of its cards with annually charged fees compared to some of its peers which give some of the cards for free. It also has a diversified customer base and credit card offerings. With 9.46 million credit cards, the SBI Cards is the second-largest credit card issuer in the country, next to HDFC Bank, which has over 13 million cards issued.
Weakness
The foremost weakness is that the SBI Cards is a single product company dealing in 100 percent unsecured lending without any collateral. There are no other products to de-risk the company’s balance sheet in bad times. A slowdown could also result in lower demand for credit and other related services and may impact the repayment capabilities of SBI cardholders, resulting in increases in defaults and impacting the company’s portfolio quality. Moreover, the credit card company over dependent on SBI’s vast network and customer base.
Opportunities
India is under-penetrated in terms of credit card market and with the government’s focus on increasing digital transactions, the SBI Cards can make a great leap forward. As per an Ambit Capital report, SBI Cards’ credit cardholder’s base can grow at 23 percent CAGR over FY19-24.
The company has a sales force of over 33,000 personnel as of September 30, 2019 operating out of 133 Indian cities and trying to engage with which engages prospective customers through multiple channels.
The SBI Cards partnership with SBI provides it with access to the public sector banking behemoth’s extensive network of 22,007 branches across India, enabling it to market its credit cards to SBI’s vast customer base of 436.4 million customers as of March 31, 2019.
Threats
Any regulatory changes vis-à-vis Merchant Discount Rate (MDR) is a major threat to the business model of SBI Cards and its ilk. The draft prospectus noted that mobile, e-wallet and tokenization platforms, including the increasingly prevalent unified payments interface platform, may present formidable competition as they are able to attract large payment volumes at low or no payment processing fees to merchants.
Amid above risk, lower provisions for NPAs than receivables poses yet another risk. As of September 30, 2019, the SBI Cards’ gross NPAs as percentage of gross advances was 2.33 percent and our net NPA as percentage of net advances was 0.78 percentage.
The Indian economy’s performance affects the environment in which the credit card industry operates. A prolonged period of slow economic growth or a significant deterioration in economic conditions or broader consumer trends affects consumer spending levels.
Check out our in-depth Market Coverage, Business News & get real-time Stock Market Updates on CNBC-TV18. Also, Watch our channels CNBC-TV18, CNBC Awaaz and CNBC Bajar Live on-the-go!